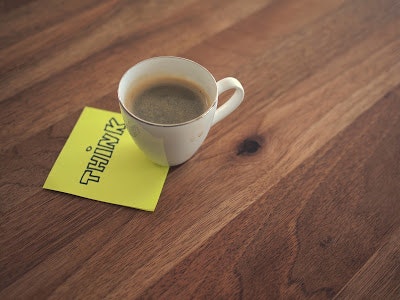 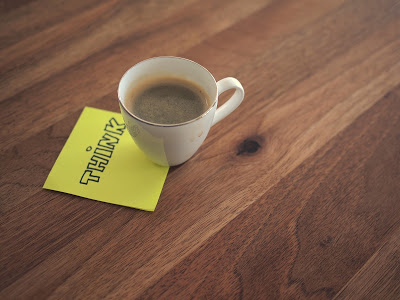 As discussed in a previous
post, as humans, we all have cognitive biases that invade our thought
processes and cloud our judgment, which often leads to irrational or illogical
thought. These biases can have significant effects on innovation. A
world without innovation is a scary thought ' innovation drives growth and
benefits society in profound ways. But if life without innovation would be arguably
catastrophic, why do we so often stall when taking the leap to innovate. Well,
you guessed it, cognitive bias might have a little something to do with it.
Just as cognitive bias impacts your decision in line at
Starbucks, it also impacts any day-to-day attempts at innovation. For a
business and its brand, it is vital to recognize the biases that often
materialize when responding to change. Understanding that these biases exist is
step number 1 to minimize our actions and reactions to these biases.
While certainly not exhaustive, below is a collection of
biases ' in no particular order ' that may help you get to step number 1
quicker when it comes to tackling innovation setbacks. Some may be familiar or
obvious, while others might just surprise you.
Zero-Risk Bias
As humans, we are risk-averse and
fear loss more than we appreciate gain. In other words, certainty is king ' we
have a preference for the complete elimination of risk even when an alternative
option may produce a greater reduction in risk overall. People are more willing
to pay high costs to completely eliminate risk even if it's counterproductive. As
is obvious, innovation often involves risk, which means the presence of this
bias in potential innovative endeavors can impede progress.
Confirmation Bias
This is a tendency to embrace
information in a way that confirms one's preconceptions. In other words, when
people want a certain idea or concept to be true, they end up believing it is
in fact true. Wishful thinking at its finest. The trouble with this bias is
that it leads people to pick out data that confirms prejudices and reject or
ignore any information that casts doubt on the preconceptions.
Functional Fixedness
This bias causes people to use
objects only in the way traditionally used. As designers, researchers, and
strategists, we have our own unique way of applying our expertise. Without
fighting the functional fixedness bias, it's hard to imagine different
approaches to a problem, especially if prior solutions were met with great
success. Same goes for innovation ' companies are consistently constrained by
functional fixedness which causes people to overlook fresh solutions.
Hyperbolic Discounting
This refers to a stronger
preference people have for more immediate payoffs relative to later, long-term
payoffs. In other words, our brains have a tendency to reduce the importance of
the future in our decision-making. With respect to innovation, this means we
have a hard-wired tendency to make business choices that lead to short-term
happiness and long-term disaster.
Information Bias
This bias causes us to search for
more information even if it's not important. It follows the idea that the more
information considered when making a decision, the better, even where the
additional information is extraneous or irrelevant. The never-ending search for
more and more information inevitably slows down innovation.
Negativity Bias
Negative people, experiences, and
information have stronger effects on us than positive ones. Because we focus
more on the negative, when confronted with new ideas or concepts, our natural reaction
is to identify what's wrong with the idea and why it won't work. This means new
ideas are often shut down immediately in favor of the safer, less exciting and
less innovative options.
Conservatism Bias
This bias comes to life when people
are more inclined to favor prior evidence over new evidence or information that
has emerged. In other words, conservatism bias represents an aversion to change.
Where one prefers to do things the way he or she has done them for years, new
or emerging data can be discounted ' in turn, innovative thought suffers.
This relatively short list of biases sheds light on the
impact of cognitive bias as it relates to innovation. As you read through this
list, I imagine you saw glimpses of one or more of these in your own actions or
thought processes or in the actions of others. Because bias becomes a challenge
for companies and individuals who want to innovate, it is vital to be alert and
attuned to the biases that regularly infiltrate our thoughts.
As much as many of us would like to, we simply can't get out of
our heads. As a result, I encourage those going to FEI to be on-guard as they are
confronted with new ideas and concepts at the conference ' before shrugging off
a novel idea or suggestion, think about the potential bias that may be creeping
into your mindset.
If you'd like to connect and talk more about cognitive bias
and design, please reach out. We will be at the conference all week talking
about The
Physics of Brand, design, and the stories that inspire us.
Aaron
Keller, Kitty Hart,
and I write for the FEI event blog, please reach out if you have a story to
share.
Lucy
Robb
Research and Strategy Associate, Capsule
Design