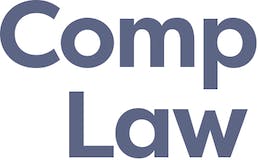 Markus is the Assistant Director in charge of the Federal Trade Commission’s Health Care Division. He leads an office of thirty-five lawyers and other professionals who investigate and litigate alleged violations of antitrust law by pharmaceutical companies, physicians, and other health-care providers. From November 2015 to November 2017, Markus also served as the Acting Deputy Director of the FTC’s Bureau of Competition, as well as a brief stint as the Acting Director of the Bureau of Competition. In this capacity, he helped oversee more than 280 lawyers and other professionals investigating and litigating merger and non-merger cases. Markus joined the FTC in 1990 and became head of the Health Care Division in 2006.

In addition to his work at the FTC, Markus has been in private practice, where he worked on antitrust litigation and represented clients before the FTC and Department of Justice. He has served as a Special Assistant United States Attorney prosecuting criminal cases in the Eastern District of Virginia. He also was a resident advisor to the Indonesian Competition Commission in Jakarta in 2001.

Before joining the FTC, Markus served as an officer in the United States Army. He is a graduate of the George Mason School of Law, has a master’s degree in public administration from Old Dominion University, and a bachelor’s degree from the University of Virginia.