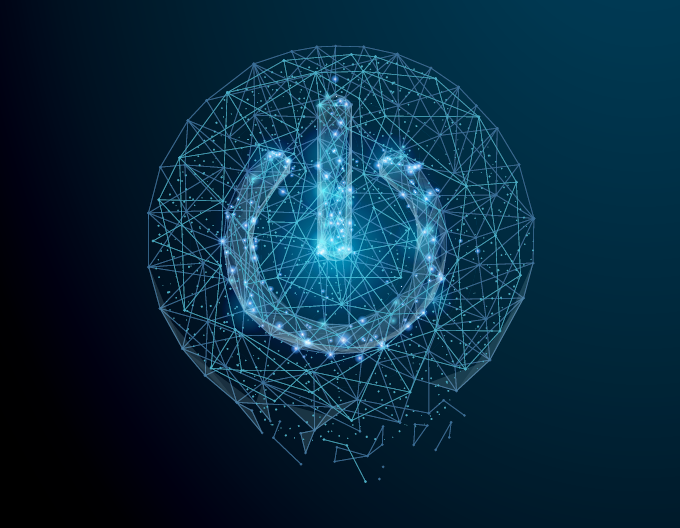 The Importance of Connectivity

Driven by shipping’s digital transformation, connectivity has been at the forefront of seafarer welfare, and in recent years, it was found that connectivity is an important aspect of a seafarer’s choice of employer.

Between 2015 and 2018, internet access in several shipping sectors doubled, and in the case of bulk carriers, it tripled – a statistic that surprised Roger Adamson, CEO of Futurenautics. 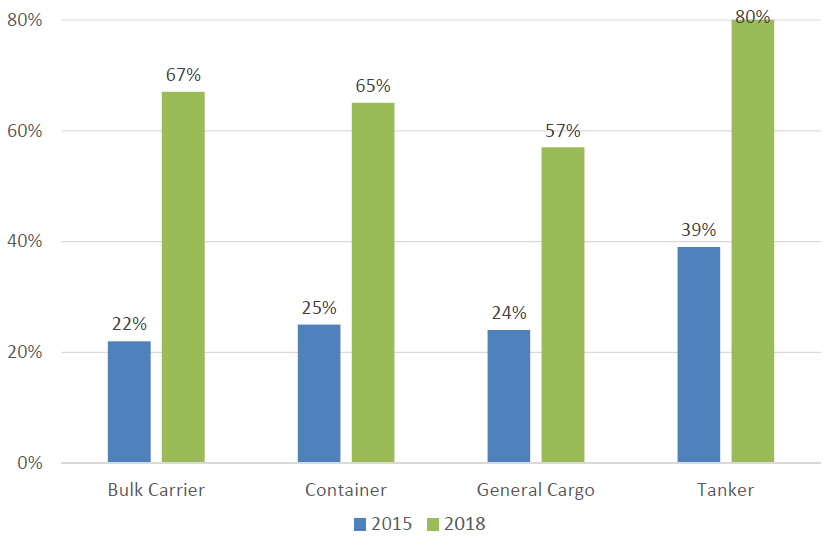 Roger Harris, Executive Director of ISWAN, said during the panel discussion that connectivity is the no 1 issue when it comes to seafarer welfare. But despite the focus on its significance, the survey showed that accurate and timely payment of their salary, employee benefits like health care and family services, training and career development, and high quality food on board are more important to seafarers than access to the internet respectively.

For Julia Anastasiou, Crew Director at OSM Maritime Group, this means that “family is still important” for seafarers.

Professor Helen Sampson, Director of Seafarers International Research Centre, wrote earlier in the year that “it is correct that the social life on board is not what it once was, but this is the case for ships with and without internet access”. Her answer to resolve isolation is to do with the improvement of social spaces on board that can facilitate crew interaction.

“The results show a technology literate work force with 88% of respondents reporting that they used technology, understood how it worked and could help others with technology”, the survey said.

Despite the fact that 53% of respondents saw one or more of their role become automated in the last 2 years, 98% of these seafarers see it as a positive change. 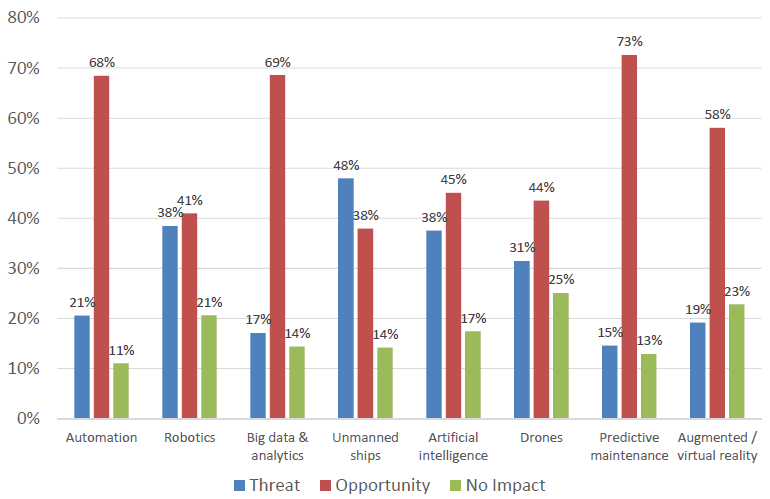 The only technology that is perceived as a threat is unmanned ship, but when it comes to automation, big data & analytics, predictive maintenance and AR / VR are seen as opportunities by the majority of respondents.

Parry said: “It doesn’t surprise me in the slightest that seafarers are adapting”. The survey results showed that seafarers have a proactive attitude towards technology, as 60% of them want tech and digital training.

Even though 88% of crew members feel confident in using new technology and 60% of them want more training on it, there is a distinctive gap in seafarers’ understanding of cyber resilience and cyber security management.

49% of seafarers said that they are unaware of their employers’ cyber policies, and the majority (41%) thought the responsibility lies with the Master of the ship. 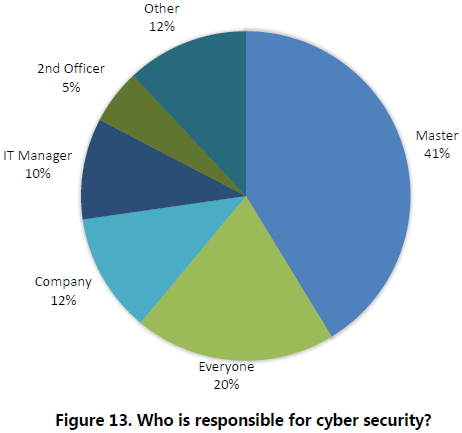 The survey showed that 47% of seafarers have sailed on a vessel that had become a target of cyber attack, but 85% of the respondents received no cyber training at all.

Bring Your Own Device and the Rise of Wearables

The average seafarer brings 3 tech devices on board:

The arrival of wearables is a promising prospect for seafarer welfare advocates, as it shows new ways of interacting with seafarers and new opportunities of data collection. Last year, Stuart Rivers, CEO of Sailors’ Society said:

“We are excited about the potential of wearable technology to inform, guide and instruct, but this should be less about monitoring crew performance and more about dramatically enhancing the experience of seafarers. For example, our Wellness at Sea App currently allows seafarers to take control of their own wellbeing by assessing their mood, exercise levels, rest and more. Wearable technology could complement this by allowing them to monitor their own stress levels and fatigue, giving them even more insight into their own welfare.”

The Futurenautics survey identified wearables as a trend among seafarers, as 25% of respondents said that they are planning to buy a smart watch, while 29% is looking to invest in a fitness tracker.

This year, the Crew Connectivity Survey included a new question on what training seafarers feel is missing on board.

The survey shows incredible developments in seafarers’ access of connectivity, and even though isolation is an emerging issue as socialisation keeps declining, connectivity with the outside world may offer an alternative community for seafarers.

Crews’ attitudes towards technology and innovation are positive and very welcoming. Many want to learn more and perceive many technologies as opportunities in their jobs. Seafarers bringing wearables on board suggests new and promising potentials for employers to engage with them using technology and reinforce their relationship.

The survey also found that only 15% of seafarers reported any cyber security training, and the survey identified that training did reduce cyber risks, but provision is “pitifully low”. Maritime cybersecurity specialists have identified cybersecurity as an aspect of digitisation that is often underdeveloped despite its significance in personal safety.

The full results are available on the Crew Connectivity website for free.

CrewConnect Europe Conference
Leadership, the Human Element and the Maritime Workplace of the Future. Empowering the People who power Shipping.

Leadership, the Human Element and the Maritime Workplace of the Future. Empowering the People who power Shipping.
Go to site