Vital connections and essential insights from the industry's leading minds

Does artificial intelligence represent the next frontier in hedge fund investing? 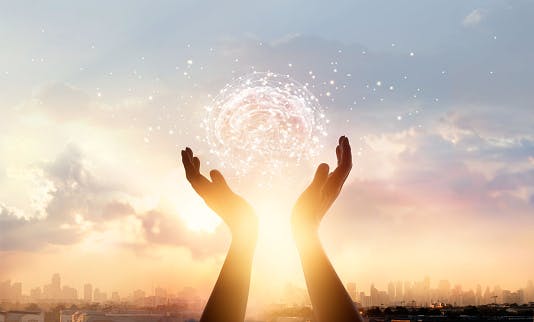 The pace of technological change in today’s global economy, with algorithms seemingly taking over a raft of manual jobs, could lead to a huge unemployable class; as suggested by Yuval Noah Harari in his 2015 book, Homo Deus. But if financial services professionals think they are immune and bury their head in the sand, they are sadly mistaken. Just as machine learning systems are revolutionizing medicine, analyzing millions of data to improve cancer diagnoses, potentially rendering the role of doctors irrelevant in the not-too-distant future – not to mention taxi drivers, teachers and lawyers – so too they are re-shaping the way that investment management is conducted.

Much has been made of the rise of sophisticated quant funds, some of which use neural networks to generate trade indicators. Whereas in the past, algorithms were used to test and validate investment hypotheses produced by front-office teams, more recently they have evolved to use large unstructured data sets with which to identify themes/factors in the market. Trading teams then use these factors to hone their investment strategy.

The key difference is that whereas inputs were fed in to the trading code to create the trading signals, now quant managers are developing algorithms that use machine learning to think for themselves.

It is a pivotal shift, and one that was so beautifully demonstrated by the Google DeepMind team.

A few years, DeepMind built AlphaGo to see if it could master the ancient game of Go – a more complex version of chess – and beat the human. Alpha Go was fed the rules of the game, which it played millions of times. This culminated in March 2016 when AlphaGo played Lee Sedol, the South Korean grand master and won four games to one. The algorithm had become so sophisticated that in one game, it came up with such an innovative and unexpected move that it completely bamboozled Sedol – here was the machine thinking far and beyond the limits of the human mind.

This prompted the DeepMind team to see if AlphaGo could still beat the human if the rules of the game were removed – could it learn for itself? In 2017, AlphaGo Zero did precisely that, writing its own moves to master the game by learning from scratch, and in doing so it set a new frontier.

Not only did AlphaGo Zero beat its predecessor 100 games to zero, but within 40 days of playing it had, through self-play, become the greatest player ever seen. This is no longer artificial intelligence, this is ‘reinforced learning’ where the machine is thinking for itself (autonomous learning).

Similar principals are being applied in some of the biggest, smartest hedge funds who recognise that AI and machine learning tools represent the next battlefield in the bid to raise assets and become world-beaters. Managers like Philippe Laffont’s Coatue Management and Paul Tudor Jones’ Tudor Investment Corp. have been hiring data scientists to embellish their discretionary investment teams as technology changes the rules of the game.

Whether algorithms completely take over from the discretionary trader remains to be seen. However, hedge funds, as we currently know them, will be markedly different in 10 years’ time. Yes, there will still be portfolio managers overlooking the strategy and providing input, but most of the trading will be done by algorithms. And rather than be regarded as abstract systems that operate in the background, these highly prized proprietary algorithms could end up having a seat on investment committees. They will have a voice.

How far hedge fund managers embrace this technological revolution is the $64,000 question but if past history is anything to go by, those who sit on the sidelines and adopt a ‘wait and see’ attitude will lose out. They will disappear. Discretionary long/short equity funds will become a novelty, a throw back to past decades; they will be analog managers in a digital, increasingly interconnected world.

But that is not to say that machines will take over completely. Indeed, that could end up being disastrous. Some, like Elon Musk, would argue that this could lead to algorithms going ‘rogue’ and willfully starting a Third World War to help a portfolio’s defense stocks rise; algorithms won’t care about us humans.

Rather, hedge fund managers will see their roles change. After all, machines are superior at number crunching but presently they still lack the ability to see into the future. They have no concept of time or how to think about future market conditions.

That role, which is already underway, will see a greater merging of man and machine and will, to my mind, define what constitutes tomorrow’s hedge fund manager.

Also referred to as centaurs, a new breed of managers running autonomous learning investment strategies is coming through. Often younger millennials who have grown up with the Internet and who are adept at coding, these ALIS managers represent the next frontier of investing. Just as AlphaGo Zero has confounded us with its ability to play Go at a level no human can ever achieve, it is not inconceivable that similar deep learning algorithms will increasingly exert their influence in the financial markets, harvesting ephemeral alpha in ways we have never seen.

ALIS managers are disrupting the old order. Rather than solely relying on market analysts, they are building teams of data scientists and engineers to build advanced quantitative models, with AI and machine learning at the heart of the mission.

Last year, in a fascinating white paper titled The Intelligent Investor in an Era of Autonomous Learning – Jeffrey Tarrant, CEO and Founder of New York-based investment firm MOV37, detailed the rapid arc of AI capabilities. The idea behind ALIS is that the coming together of man, machine and data science is set to create the ‘third wave’ of investment management.

The third wave is ALIS managers who use machine learning, which is typically data (rather than hypothesis) driven using unstructured and non-financial data.

Not everyone is seduced by AI.

Last week, I was speaking on the subject to Dr. Savvas Savouri, Chief Economist and Partner, ToscaFund Asset Management. He used a dietary analogy to explain his viewpoint. Investing is akin to a healthy balanced diet that consists of food we’ve eaten very recently, and some a while ago. The same applies when digesting information. “Consider the 2016 referendum to leave the EU. It was so similar to 1992 when the UK suddenly left the EMU it was uncanny yet it is very unlikely AI would consider this historical retrospective relevant,” he says.

The argument made is that there is no need for AI to go back too far in time since markets will do that, and AI will capitalise quickly on reading the signals being sent concerning historical retrospective. Well, suppose that most market participants have no working memory of 1992 let alone 1971? The simple truth, says Dr. Savouri, “is that carrying the scars of experience is what makes a professional ever better in any occupation; a surgeon, a barrister and so too an investor.”

The alternative funds industry does feel like it stands on the cusp of an exciting new era; one that will see increased use of machine learning and AI technology taking over mundane tasks.

In turn, this will free up managers to hone their investment strategies and build investment solutions that more closely match investors' needs.

REUNITING 300+ LEADERS IN ALTERNATIVE INVESTMENT OPERATIONS, COMPLIANCE AND DUE DILIGENCE
Go to site