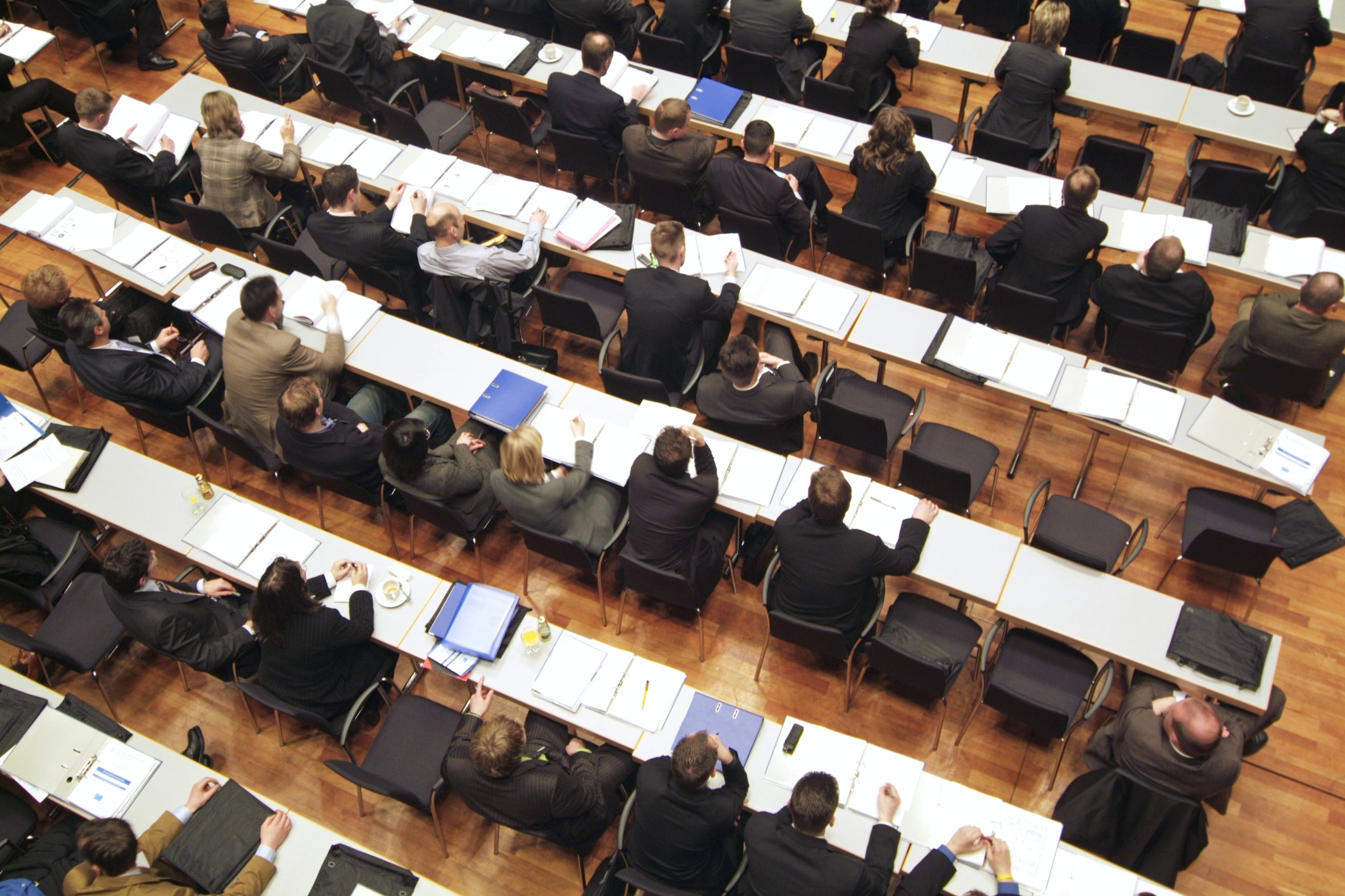 Graham Brown-Martin, author of Learning {Re}imagined, joins us at CrewConnect Global to talk about the future of education.

In what way has education changed in this century and why did it change?

“The point about ‘has education changed in this century’ and ‘why’ is relevant because it actually hasn’t, and I think that’s a problem. If anything, this century has gone back in time globally. The reasons for that are curious (?) in a sense that, we still, in our school and university systems, use something called the standard model of education.

Anyone watching this video, or anyone that’s older than 20, will know this education system. You sit in classrooms; you receive lots of content which you’re supposed to remember, like facts and procedures, that are siloed by subjects. And then at examination time, whether that’s in high school or university, your job is to vomit that out, to regurgitate all those facts and procedures to get a good grade.

That’s the system that we still use today; that’s the system that was devised at the end of the 19th century, early 20th century. It was designed to output compliance and consistent quality of office and factory workers. And it did very well, until about 1950. But after that, we’ve had diminishing returns, because obviously, the world has changed. That system was designed for the industrial revolution – for factories, machines, and so forth. We had a third industrial revolution based around desktop computers and network computers that happened towards the end of the 70s, early 80s, so we had a different kind of office worker, but nevertheless, that education system was about remembering things and being able to recite them.

Now, we’re about to enter into what is known as the fourth industrial revolution which is characterised by artificial intelligence and automation, self-driving vehicles, even self-piloting ships and vessels. So being able to remember kings and queens and complete texts of books isn’t as useful as being able to solve problems and skills.

So the answer to your questions is that it hasn’t changed. What’s also happened is that large corporations control the education structure. The dinosaur textbook makers and measurement industry have calcified the education system to such a degree that we believe that education is about getting good grades at school. But they bear no relation to what’s actually happening in the outside world.”

How will education change in the coming years?

“How education will change in the future remains to be seen, whether we globally and at governmental level accept that education has to change. We are in an environment that fetishizes measurement, so we think that if it’s measurable, it matters.

But the things that are really valued, in terms of change, what’s imminent, and what’s happening now around us as a society, there are a couple of converging themes. There’s the fourth industrial revolution, AI, automation, self-driving cars, gene editing, and so forth. That is going to have a profound impact on the nature and future of work.

It’s not just blue collar jobs, it’s not just factory jobs that are going to disappear. Jobs in accountancy, for example, are going to vanish. Jobs in law, and even surgery. 60% of keyhole operations are now performed by a robot, because it is a lot safer than being done by a human being. So we are going to see a significant change in the future and nature of work going forward.

We will also, at the same time, what I would call, existential challenges. So I’m talking about climate change, population growth, migration being the new normal, and other issues that come with a rapidly growing population. So then we have to think about what is education for? What is school for? Why do we send our children to school? Why do we go to university?

So in terms of how [education] should change, my belief is that we need to recognise that we shouldn’t have an education system that trains young people to compete with machines, but rather nurtures human potential. And there are numerous areas where humans are just far better than machines and will remain better than machines. I’m talking about things like social interaction. Anything that requires any form of human, social interaction like counselling, hospitality, or teaching. Machines aren’t going to be able to do that. You don’t have a relationship with a machine. Some people would like to think that you do, but it’s just not possible.

Also, mobility and dexterity – thousands of years of evolution and of climbing up trees, walking up mountains, dancing, swimming, etc. makes us incredibly dexterous and mobile. So anything that requires dexterity and mobility is going to be an area that we are going to be very strong at.

But also creativity. I’m not just thinking about creativity in a traditional sense of art, although that is super important, because without art, we don’t understand ethics. But I’m talking about the scientific discovery. Machines don’t make scientific discoveries. Machines don’t create new businesses; they’re not good entrepreneurs. There has never been a better time to be an entrepreneur. So there are these areas where the education system can maximise human potential, and yet, today, it’s not doing that.

I think the future is far from being difficult; I think it’s great. I think the affordances of automation and AI, providing the education system plans for it so we don’t have generations of people without work, allows us to automate or robotise the work, but humanise the jobs. I think that could be a good future.”

What kind of skills should education systems provide the 21st century people?

“First of all, education is now recognised as life-long. The idea that we might go to school and then to university, and that’s it – we now know that is incorrect. So we have to nurture a constant learning – learning how to learn.

My sense is that you still need knowledge. Just because you can find it at the end of the internet… I mean that’s also problematic because you need to be able to work out what is true and what isn’t. We live in a world of post-truth at the moment; it’s creating lots of challenges. So we will still need that ability to discern information and pick information. But more importantly, we need to be able to apply that knowledge to real-world, relevant challenges that are in context with where we live. What I might need to be able to know in order to thrive in the Philippines will be different from what we may need to know in order to thrive, say, in England, where I’m from.

There isn’t a one size fits all, which is kind of what we’ve done with the global education systems, so we’ve got to unpick that and make an education system that is designed to allow and enable present and future generations to thrive in what is almost certainly a rapidly changing world.”

Be a part of CrewConnect TV next year. Email Kirta Vekaria and explore the opportunities.