LNG competition in Europe: Is US a threat to Russia? 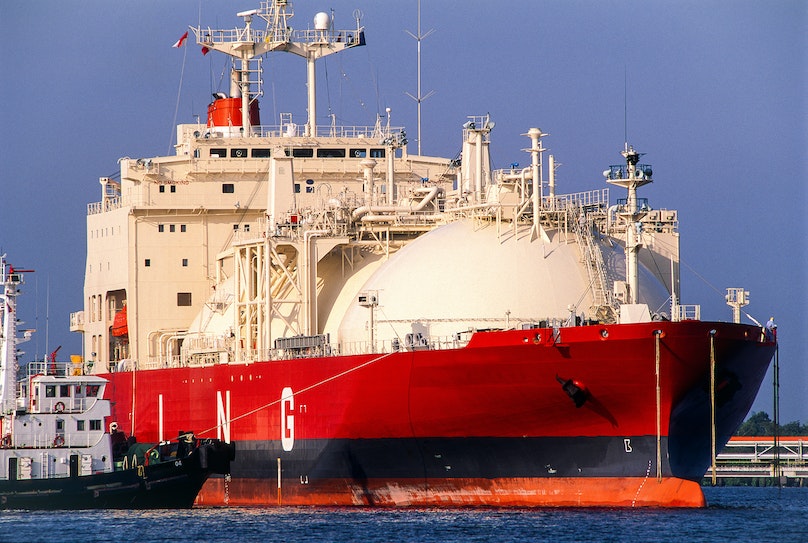 Political tensions between the US and Russia keep on rising, as Lithuania got its first US LNG import. As an ex-Soviet nation, Lithuania is a traditional importer of gas from Russia, however, this could change with the US-Russia competition over Europe’s gas supply.

The situation is tough for Russia, but is there hope still? Experts in the field are assessing the situation cautiously, as the “US-Russia competition for European natural gas markets is still very embryonic”. However, this is not about one supplier completely replacing the other. It’s about the shift in market dynamics, which is what our experts are here to talk about.

How big a threat do you think US LNG is to Russia's European market?

“The role of the European Commission is to ensure a level playing field on the European gas market, regardless of the source of gas and origin of companies wanting to operate on it. The Commission indeed expects US LNG to be abundant in the coming years. Its appearance in the global LNG market has a positive effect as it provides further liquidity, destination flexibility, transparent pricing and an addition to the diversity of suppliers. And it already has a positive impact on the European market, even if most of the cargos do not come to EU LNG terminals. It has brought competitive pressure, lower wholesale prices and the potential for diversification. The arrival of the first US LNG cargo to Poland and to Lithuania – countries that have been traditionally, mainly, or solely dependent on one single supplier in the past – is a significant development in this regard which contributes to the EU's energy security.”

“US-Russia competition for European natural gas markets is still very embryonic, and therefore cannot be estimated with a high precision. In Europe, gas markets are in transition to a competition-based model, where trade flows do not always match the physical flows. Particularly in North-West Europe, titles on gas which are re-traded on market platforms (hubs) largely bypass the physical flows. For example, London-based Gazprom Operations & Trading LtD gained approximately 10% of the NBP gas hub transactions, whereas there is no physical supply from Russia to the UK. This illustrates that the gas markets focus on inter-company competition, where the origin of gas becomes less relevant to market transactions. We may see in the future various companies concluding swap agreements and trading arrangements thus supplying natural gas of different physical origins.

“What is more, the structure of European LNG markets is also under transformation. Up to now, LNG has been primarily viewed as a method for long-distance transport of methane in a liquefied form. Accordingly, natural gas is liquefied, shipped, then is regasified to be directed to the pipeline networks and is further used in traditional industrial segments, such as electricity generation. To our surprise, this way of LNG penetration has been rather slow because of significant availability of pipeline-shipped gas. Thus, the average utilization rate of European regasification capacity has rarely reached 50% and therefore LNG did not constitute so far a significant challenge to the pipeline gas. Nevertheless, nowadays, markets are moving towards a more flexible utilization of LNG, which does not require capital-intensive regasification infrastructure. Among others, floating storage and regasification terminals, LNG bunkering, as well as an alternative infrastructure for LNG shipment (e.g. containers shipping LNG) create a new demand impetus for LNG. So, imports of new volumes of LNG from the US can become more relevant along the introduction of these new technological approaches.

“In the current context, the main issue for Russia is the politicization of its supplies to Europe, in particular to Eastern Europe where the import dependence rate on Russian export monopoly Gazprom is still elevated. However, unlike the pipelines, Russia’s LNG exports are not subject to a de jure monopoly, hence non-Gazprom Russian producers can obtain an access to European markets without being linked – legally and reputationally – to the unpopular Gazprom. With a development of small-scale liquefaction with a capacity below 100 tons per day, independent Russian producers are now attempting to gain a place in the emerging small-scale LNG distribution in Eastern Europe – among others, to road transport and to sea-based bunkering in the region. Still, it remains hard to assess whether the penetration of the small-scale LNG solutions (liquefaction and shipment by LNG containers) will gain a strong ground for Russian companies in East European markets. Likewise, it remains to be seen if the US companies are able to compete with the Russian suppliers or they will conclude swap agreements to trade Russian physical gas under their label. In any case, the market context seems to be more complex than a direct competition between the two states for their market stakes in Europe.”

Howard Rogers, Chairman of the Natural Gas Research Programme at the Oxford Institute for Energy Studies

“It is a threat but, at present, it has degrees of uncertainty in two dimensions. Certainly, the US will be a major contributor to the growth in global LNG supply between now and 2021. How much of a problem this is for Russia depends critically on the growth of Asian LNG demand in this period – as the balance of supply will come to Europe. The second dimension is that of the cycle. Given the low level of LNG FIDs over the last 2-3 years the market should tighten in the early 2020s and this will cause Europe to need more Russian gas.”

“I don’t expect US LNG to be a major threat to Russia’s share of the European market. However, competition will always have an impact on market share and it is inevitable that US LNG will displace a percentage of Russian pipeline gas but this will foremost be the result of EU’s policy to diversify its suppliers and reducing its dependence on Russia. The dependence of the EU on imports of fossil fuels over the last decade generally hovered around 52-54% but has grown quite significantly for natural gas from 58 to 69%, due to declining local production.

“From an economic perspective, most US LNG projects are set up to be very competitive as import terminals are converted into export terminals making use of existing infrastructure, so-called brownfield projects. This conversion means that CAPEX and OPEX are generally substantially lower compared to completely newbuild greenfield projects as parts of the plant (jetty, storage tanks, pipeline infrastructure, etc.) are already in place. These savings combined with low feedgas prices (discounted Henry Hub prices) should guarantee a solid competitive position in the global market. However, comparing US LNG with Russian pipeline gas is not comparing like for like. The elements in the LNG value chain are (much) more complex than pipeline gas, making it more difficult to control and generally more expensive. And although in the EU there is politically a strong desire to decrease the dependence on Russian gas, EU consumers will be much less fussy about Russian gas if they know that (partly) swapping it for US LNG will result in an increase in price of energy.

“Nevertheless, US LNG will be a valuable addition for the EU to the global LNG market as it strengthens its position as a buyer even further allowing it to continue to push for more flexibility, transparency, and liquidity. It will drive down price and give it the ability to strongarm Russia in lower prices. However, the likelihood that Russia will soon be replaced as the largest gas supplier is unlikely but Russia will feel the impact of US LNG on its gas revenue for years to come.”

"I think that in allowing their customers to retain ACQ flexibility, Gazprom made a decision that not only appealed to customers’ desire for flexibility, but provided a way to exist comfortably alongside an oncoming wave of LNG."

“European domestic gas supplies are in decline, thereby increasing the market share of natural gas and LNG import that is available to LNG and natural gas from the US, Russia, and other suppliers.

“The current global market surplus of LNG and the addition of substantial new supplies of US LNG by the early 2020s is driving a paradigm shift in the LNG market, where increasing numbers of sellers compete to supply increasing volumes of LNG to meet relatively modest LNG demand growth. In this new buyer’s market, European customers have many suppliers to choose from, in addition to incremental supplies of natural gas from Russia and other suppliers in the Caspian, Middle East, and North Africa. In the near term, the specific pricing challenge posed by US LNG is driven by low, variable cost pricing of US LNG, where the market surplus and competition forces US LNG off-takers to consider as sunk their US liquefaction tolling costs.

“Variable cost pricing makes US LNG approximately $2.50 to $3.50 cheaper than it would be if suppliers were recovering their full long-run cost of supply, including liquefaction costs. Over the longer term, this will be economically necessary. If and when LNG markets re-tighten, doing so will become possible. At that point, the pricing challenge posed to Russian natural gas by US LNG, and global LNG, will be reduced.”

The opinions expressed in this presentation by Chris Goncalves are those of the individual author and do not represent the opinions of BRG or its other employees and affiliates.

“US LNG will be a counterweight to the dominance of Russian gas into Continental Europe. There is no doubt that Russian gas can always beat US LNG prices in Central and parts of North Western Europe – but customers in these regions, as well as their governments, should be wary of 'too many eggs in one basket'. Russian gas comes with risks – political and commercial. However, it is cheap and plentiful. As Europe seems to be increasing the number of its LNG import terminals, we can only assume that this investment is being done as an insurance against pipeline gas – but relying only on short term supply without long term US LNG contracts may not be enough insurance when things get rough with Russia. We should not forget that Gazprom only decided to support European hub prices when they were faced with litigation and competition. There is no reason to assume that they will always play nice.

“Europe's domestic production is in decline with no hope of substantial recovery. Renewables are already a big part of the energy mix, with limited scope to substantially increase this in the future. Thus, as coal and nuclear plants retire, gas will be the smart option. LNG offers diversification of supply and pricing index, while Russian gas offers volumes and low prices – but with political risks.

“The situation in Southern Europe is not as simple. Pipelines to Russia and FSU are more limited. Scope for displacing expensive fuel with cheaper and cleaner LNG are greater. US Gas will be more competitive in these markets.”

Next week, the experts will discuss how Russia could protect its market dominance. Keep an eye out for more updates on Facebook, Twitter, and LinkedIn.