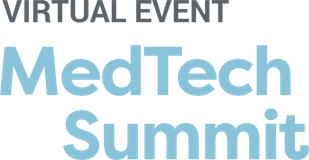 Augusto Bencke Geyer, PharmD, MSc, is Senior Advisor of the General Office of Medical Devices Technology of the Brazilian Health Regulatory Agency (ANVISA). Mr. Geyer received a Pharmaceutical Degree from Universidade Federal do Rio Grande do Sul, where he also became specialized as a Pharmacist Clinical Pathologist. He has over 15 years of experience in the field of clinical analysis, having worked in the Hematology Division of the Central Laboratory of the Santa Casa de Porto Alegre. Mr. Geyer joined ANVISA in 2005 as Specialist in Regulation and Health Surveillance, working in the processes of product registration and certification of Good Manufacturing Practices (GMP). In 2006, he became Deputy Manager of in vitro Diagnostics of ANVISA. From 2014 to 2017, worked as Manager of in vitro Diagnostics. In 2007 he obtained the Degree of Specialist in Health Law from Fundação Oswaldo Cruz (FIOCRUZ). In 2014 he received the Master’s Degree in Materials Science and Engineering from Universidade Federal de Campina Grande.