MenuMasters Award winners are visionaries who have applied their talents to foodservice research and development, including planning, designing, supporting and implementing growth in their business with creative, new ideas. They set a standard of excellence and innovation that benefits the consumer and the foodservice industry.

Jennifer Jasinski to be inducted into MenuMasters Hall of Fame.

Jennifer Jasinski, a pioneer in the Denver dining scene who has helped make the Mile High City a culinary destination, is being inducted into the MenuMasters Hall of Fame in October. The hall of fame honors chefs who have spent their careers promoting culinary excellence in American foodservice.

Originally from Santa Barbara, Calif., Jasinski studied cooking at Santa Barbara City College and then The Culinary Institute of America in Hyde Park, N.Y. Her first cooking gig was at The Rainbow Room in New York City, but she soon returned to southern California and before long came under the wing of Puck, working closely with him since the only restaurants he had at the time were Spago in Beverly Hills and Chinois on Main. She stayed with him for 11 years as he expanded before spreading her own wings and landing in Denver at a Kimpton Restaurants property, Hotel Monaco, where she was executive chef of an Italian restaurant, Panzano. 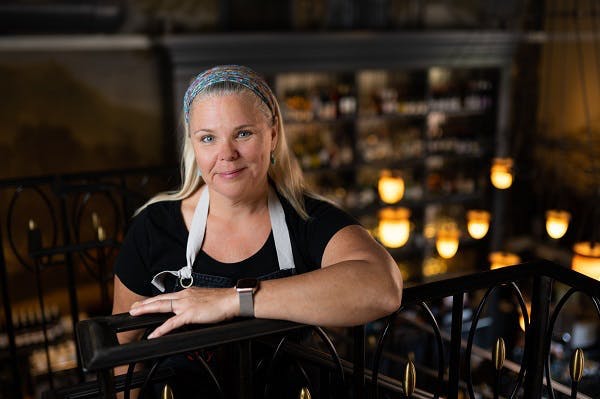