Lead by John Barnett and his expert panel of accountants, tax advisors and Barristers, this conference is dedicated to providing a complete update on tax for the offshore client

This vital update is moving online. Wherever you are, join and connect with an audience of skilled tax experts.
Download agenda

This year's conference will be fully digital and will be streamed live. To accommodate the needs of all delegates, you will receive the login details to access the virtual platform around a week before the event begins, schedule-in meetings via the app, tune into presentations, and join interactive Q&A's.

All recorded conference content will also be available for up to two weeks after the event.

In these uncertain times it can be difficult to plan for the future.

But the industry insights and powerful connections you find at events are just as important to you than ever.

So in light of global precautions and restrictions caused by COVID-19, we wanted to offer our community an opportunity to get together, take stock and talk about challenges and opportunities without the need to travel or gather in a single location.

This isn’t like other digital events you’ve seen before.

Wherever you are, you'll be able to access the same quality presentations and case studies, and benefit from the invaluable networking you've come to expect from a face to face event.

Key sessions for 2020 include:

John has worked at Burges Salmon for nearly 25 years and is head of the firm's private client services team.

He provides tax advice to a wide-range of high-net worth individuals and many leading banks and other financial institutions. He has a particular focus on entrepreneurial clients, many of whom are not domiciled in the UK or have business or other interests abroad.

He has led the CIOT's response on a large number of capital tax policy discussions with HMRC and HM Treasury since 2006 including in particular the domicile changes since 2008 and the statutory residence test.

John has been named in eprivateclient’s 50 Most Influential since 2014. 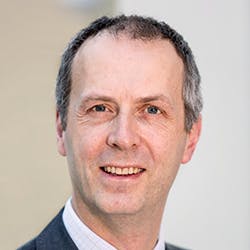 VISIT THE PRIVATE CLIENT HUB FOR EXPERT INSIGHT AND ANALYSIS

The freshest commentary, opinions and viewpoints from industry experts under one knowledge hub

Get the latest event updates

Sign up to get the latest event updates and information.