The Northern Sea Route: A Huge Opportunity for Arctic Nations 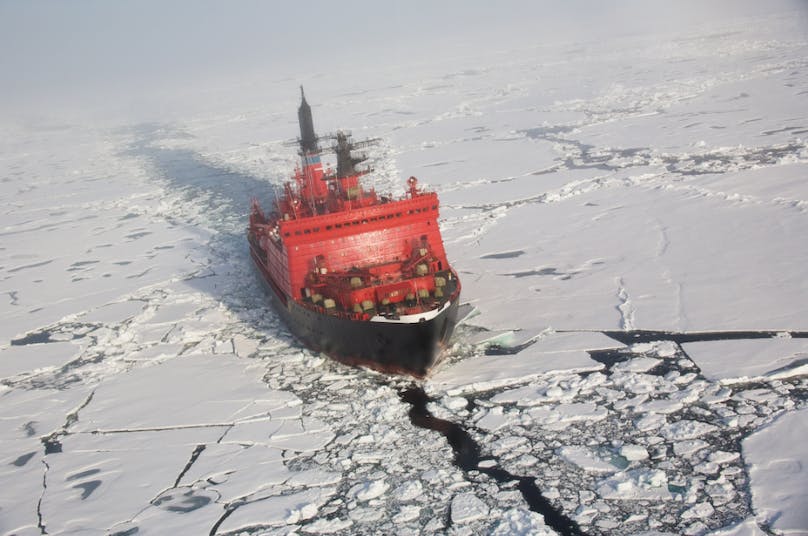 A recent statement by Nikolai Monko, Deputy Director of the NSR Administration, announced a staggering 40% increase in 2017 in the total cargo volume in the Northern Sea Route compared to 2016.

The declining ice brings new prospects and much shorter routes for the Arctic nations, and many countries are already preparing for this opportunity. China is building its third icebreaker, while Russian ports like Yamal, Novy, and Varandey are bringing in the traffic.

Here, we speak to Sergey Balsamov, Information Officer at the Centre for High North Logistics at Nord University, Murmansk, and Alexey Shtrek, Development Manager at Aker Arctic Technology, to discuss what we can expect in 2018.

Will traffic keep increasing for 2018?

Balsamov: “According to our observations, the number of voyages on the NSR has increased, but less than 40%. As for the cargo, the shipments of crude oil from Arctic Gate terminal at Mys Kamennyy in the Ob Bay provided the main increase. Certainly, significant increase of cargo shipped on the NSR will continue in 2018.”

Shtrek: “The main increase in traffic in 2018 will be due to the start of operation of Yamal LNG terminal in Sabetta. At present, 4 Yamal-Max LNG carriers out of ordered 15 already work in water area of the Northern Sea Route. By the end of the year their number should be no less than 7 vessels. The first train of Yamal LNG will reach full capacity, and the second train should start in mid-2018, with each train’ capacity at 5.5 mln tons per year. A small increase is also possible within the framework of the Novy Port project, for which an additional 1 shuttle tanker is ordered in addition to 6 in service. At the same time, the prospects for the development of transit container transportation through the NSR are still vague. Also, the prospects of projects for exporting coal from Taimyr are not entirely clear for 2018. The remaining traditional Arctic cargo flows will be approximately at the same level. Total NSR transportation volume in 2018 could reach about 15 mln tons.”

How did the current infrastructures cope with the growth in traffic and will there be need for more?

Balsamov: “It depends on a particular project, season and geography of transportation. Now available infrastructure provides minimum security level. However, there is big difference between subzones of the NSR. It is clear that the Western sector is much better provided with all necessary items than the Eastern sector. As a rule, the development of infrastructure is primarily connected with the need to implement certain projects, and infrastructure does not develop in those areas where there is no intensive economic activity, because it is not economically justified to build new infrastructure.”

Shtrek: “Infrastructure on the NSR is mostly outdated and does not meet present conditions and future plans. Of course, as part of the development of new projects, absolutely new modern facilities are being created, such as Sabetta Port, Varandey and Novy Port oil terminals, Prirazlomnaya platform. At the same time, it is necessary to modernize small ports, update all navigational aids, to continue surveys of the bottom profile along the NSR routes for ships with a large draft, etc.”

Will the economic growth of NSR have an effect on the environment?

Balsamov: “It is difficult question for me, because I am not a specialist in the environmental science. Generally, of course, when the cargo flow increases, different risks, including environmental, also increase and they need to be compensated by enough secure measures.”

Shtrek: “In my opinion, increasing the popularity of the NSR will certainly affect the Arctic region environment. For example, in the Yamal LNG project a very large amount of dredging in Ob Bay was carried out, the active navigation of vessels in the Ob Bay is reflected in the periods of formation of fast ice. When developing new Arctic transportation projects, the impact on the environment should be evaluated by an independent specialized expert organization.”

What are the challenges of operating on the Northern Sea Route and what are the opportunities?

Balsamov: “The key potential opportunities of the NSR are related with the reduction of the distance between Europe and Asia, but the implementation of them depends on external factors such as severe weather conditions, presence of ice, level of freight rates, prices for bunker oil and many other things. As a result, in the near future, all these factors leave the NSR as the main route for the export of mineral resources developed in the Arctic regions to the world markets.”

Shtrek: “The main challenges that need to be considered when developing NSR transportation projects are:

The correct addressing and successful solution of these challenges could open up new opportunities such as:

Meet both experts at Arctic Shipping Forum this April in Helsinki. Find out more about the event here.