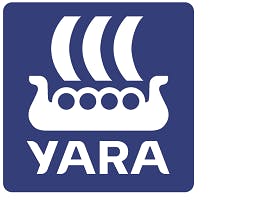 Yara, a global fertilizer producer, and Lantmännen, a northern European agricultural cooperative, began testing the commercial viability of green fertilizers in 2019 with a common goal to realize the world’s first fossil free food chain. The collaboration has resulted in a commercial contract for green fertilizers, which will be produced by Yara and marketed by Lantmännen in Sweden starting in 2023.

Instead of using fossil fuels such as natural gas to produce ammonia, the green fertilizers will be produced with ammonia based on renewable energy produced in Europe, such as Norwegian hydropower. The result will be fertilizers with an 80 to 90 percent lower carbon footprint. Yara has a portfolio of green ammonia projects, which will be key to producing green fertilizers, in Norway, the Netherlands and Australia, and is working actively to expand its clean ammonia business.

“Our partnership with Lantmännen to bring green fertilizers to market is crucial for decarbonizing the food value chain,” says Svein Tore Holsether, president and CEO of Yara. “We have to transform the food system to deliver on the Paris Agreement, and this will require collaboration across the entire food chain instead of working in silos.”

For Lantmännen, using the green fertilizers will be an important step closer to reaching climate neutral farming. “Lantmännen drives the development towards farming of the future,” notes Per Olof Nyman, group president and CEO at Lantmännen. “With the green fertilizers from Yara in place, we enable Swedish farmers to continue to be at the forefront, offering our customers sustainability performance according to global climate targets as well as bringing sustainable food to consumers.”

The fertilizers will be incorporated into Lantmännen’s cultivation program Climate & Nature.