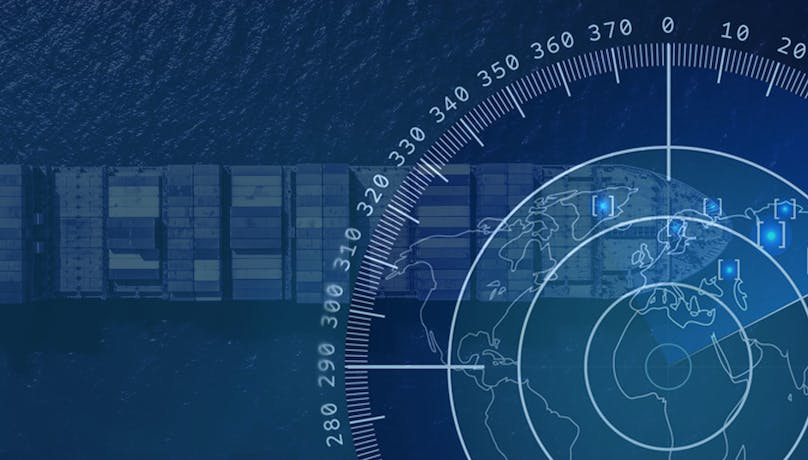 Clear definitions and understanding will always be important, and they serve as a backbone to clear and concise communication.

As the maritime industry continues to evolve and embrace the challenges, and benefits, of becoming a digital industry, it is as essential now as it has ever been to ensure we are on the same page. Clear definitions of terms and expressions is critical to the relationship between concepts and how we communicate.

From definitions for interoperability and the Blue Economy, to the difference between autonomy and automation, we look at 12 important definitions and distinctions which need to be made in the maritime industry.

The below list does include definitions or distinctions which are not new to the maritime industry and is by no means an exhaustive list. But whether you’re an old hand, or just starting out in the industry, the Maritime Informa Connect team believe these to be important ones we needed to address.

The AIS is an automated, autonomous tracking system used in the maritime world to exchange navigational information between other similarly equipped terminals. AIS information is used to share information about vessels, authorities, companies, organisations and individuals within the maritime, logistics and tourism industries, from port authorities and ship owners, to search and rescue teams, and the Coast Guard.

Automation is the use of mechanical, or electronically controlled, networks and systems to reduce the need for human oversight. For example, on board a ship there are crew who are in control of the vessel, and they responsible for its safe operation, but can delegate limited control of specific functions to autonomous systems.

An autonomous vessel is one where systems on board, or on shore, undertake all the operational decisions independently without intervention of any crew or human influence.

Big data refers to massive, complex data sets collected with increasing speed. These data sets can be structured or unstructured and are so large that traditional processing cannot manage or sort the information.

Smart Data can be simply described as Big Data that has been appropriately sorted, structured, and prepared for context. The data has been cleansed, filtered and is now ready to be reviewed to identify trends, patterns and anomalies.

Big Data is focussed the three V’s of volume, variety and velocity (as described by Gartner). Smart Data centres on establishing accurate meaning and value.

The Blue Economy refers to the sustainable economic development and preservation of the marine environment. Its scope and interpenetration can vary from one definition to another. The definition provided by The Commonwealth is perhaps the most comprehensive, however The World Bank offers a succinct definition of The Blue Economy as the “sustainable use of ocean resources for economic growth , improved livelihoods and jobs, and ocean ecosystem health.”

The two things which all definitions have in common are the practice of sustainable environmental and ecological activities, and the contribution oceans can make to economies around the world

According to Kaspersky Lab, more common methods of attack which hackers use to control computers or networks include viruses, worms, spyware, Trojans, and ransomware. While not as common, the mention of a bot is not something you want in your inbox. Ever.

A bot, in terms of cyber-security, is a script or software application that performs tasks under the command of the attacker This allows them to take compete control of an affected computer or system. Botnet refers to a collection of infected computers under the control of a hacker (or bot-herder). Let your imagination run wild with what that could mean for a fully laden 600 000 tonne vessel.

The digital twin ship is a concept whereby a digital representation of a vessel, its processes, systems and potential scenarios are realised through continuous data collection. In short, it is a digital or virtual simulation of a physical asset.

As we wrote earlier this year, the realisation of the digital twin has “allowed the building of models for production, operations, predictive maintenance and a host of other potential applications - allowing the refinement of designs, testing of new features and evaluation of performance, safety and integrity.”

Possibly some of the most commonly misused words and terms in any industry, let alone maritime. Digitisation is the process of converting information and data into a digital format so that it can be processed by a computer. Digitalisation is the use of new digital technologies to change business processes or workflow with the goal of additional revenue through savings and efficiencies.

ECDIS is a computer-based navigation system that can determine the position of a vessel in relation to land, charted objects, navigation aids and unseen hazards.

Integration refers to the act of connecting systems, so they can send and access each other’s data. The likelihood of any two systems being built in the same way is slim and integration often requires a third party, or program, to make the process work – often referred to as middleware in the software engineering world. Interoperability cuts out the middleware and is the real-time exchange of data and information without middleware.

Machine learning is a branch of artificial intelligence where input is fed into a machine or system with the goal of empowering it to learn. Training algorithms allow these systems to make decisions without input in the future. However, should the system’s function need to evolve or change, it may require human intervention to know what to do with new input.

On the other hand, deep learning is a function of AI that has algorithms which can take unstructured data and learn from it unsupervised. Through labelling, processing and assigning information, deep learning algorithms create patterns which are used for decisions making.

While Machine Learning and Deep Learning fall into the encompassing idea of AI, Deeping Learning has the potential to evolve machine learning and advance AI to the next level. Deep learning would be the platform from which completely autonomous vessels are realised.

The swift evolution of digital technologies across the maritime sector is bringing the realisation of interconnectedness enabled by the internet of things (IoT). Smart shipping can be described as the end-to-end chain of safe, timeous and efficient integration of multiple touch points. From automated and digitised equipment, remote and maritime systems with varying levels of autonomous function, the chain runs from ship to shore.

Connectivity is key to many ship operations and the crew welfare of any vessel - particularly those that undertake long journeys. A very small aperture terminal (VSAT) is a two-way station that transmits and receives data from satellites. A VSAT is typically less than three meters tall and can transmit and receiving narrow and broadband data to satellites in real-time.

Maritime mobile satellite services (MMSS) provide two-way voice and data communications to the maritime industry. MMSS Terminals are generally quite small and can range from handheld to laptop-sized.

Have a definition or distinction that has you a little fogged up? Get in touch with us on social media and let us know!