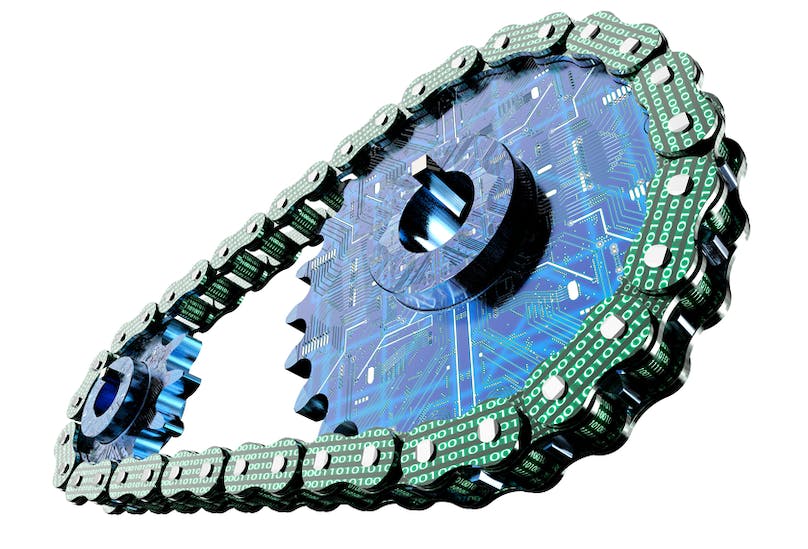 “The shipping industry is so wildly efficient by nature, and through hundreds of years of increasing efficiency…it’s a very interesting combination of tradition and cutting edge.” Hannah van Hemmen, Marine Engineer and Scientist

“The type of technological innovation that has taken place in other sectors of the economy will occur more gradually and less destructively in shipping.” Dustin Braden, JOC.com The shipping industry has had to be efficient and cutting edge for its very existence as Hannah van Hemmen says “for hundreds of years”. Yet there is much concern that shipping will be slow to adopt new technologies, as Dustin Braden and others have suggested. As technology improves at a faster rate than ever seen before in human history, perhaps at some point we’ll find we can actually use tech to expunge any difficulties in the adoption of tech. Adoption difficulties aside, let’s look at some of the most game changing technologies in the shipping industry right now.

Around this time last year, Dr. Martin Stopford of Clarksons Research explained to Splash24/7 what he sees as the inevitable evolution of where shipping needs to go: “after 5,000 years in which the ship has been a 'stand-alone' business unit, suddenly satellite communications, telemetrics and cheap data storage are making it possible to treat a fleet of ships as a single business unit, managing the fleet and optimizing cargo transport as a single business unit.” Stopford provides a list of five tools that he says will get the decision makers of shipping companies where they need to be: “Telematics, satellite communications technology, the cloud, apps and automation”.

Stopford says the move to smart-shipping is necessary and compares it with the containerization revolution in the 1960s. With smart shipping Stopford sees solutions to such issues to problems as diverse as: integration with new direct global delivery systems, documentation for increased regulations, reduction of accidents, and greater “integration between ship and shore” for happier, more productive personnel.

A digital twin is a computerized companion of a physical asset; in the case of shipping it's a copy of a vessel. Its virtual systems allow mistakes to be made, so processes like software updates can be tested before being used on real ships for cost, efficiency, safety and sustainability purposes.

DNV GL, whose roots go back to 1864, is a risk management company based in Norway. On their website, software company DNV GL explains what their digital twin does: “The digital twin addresses both the historical industry weakness of poor information management and simultaneously provides the platform to fully harness the vast increase in real and near real-time data that is now economically and technically viable to capture."

Shipping's new kid on the block

You may have heard of blockchain and perhaps thought it was only a technology applicable for the financial sector - but early adopters in the shipping industry are beginning to use this technology. The Wall Street Journal reported this past September that Marine Transport International Ltd. has begun to use the technology. Angus Loten writes: “The move, it says, seeks to replace cumbersome and costly legacy systems, such as logs, spreadsheets, data intermediaries and private databases, which cause delays and prevent carriers from making timely changes to services.”

What is blockchain? A simplified explanation is that it's a database that stores transactions of both tangible and intangible assets. Bernard Marr explains Blockchain a bit more here in Forbes: "Blockchain technology offers the intriguing possibility of eliminating (the) 'middle man'. It does this by filling three important roles – recording transactions, establishing identity and establishing contracts – traditionally carried out by the financial services sector". Newsweek gave a rather humorous commentary on blockchain earlier this year: “It’s still hard to grasp the impact blockchain will have. But soon, for most of us, we won’t need to struggle to understand the technology, just as we didn’t have to all know about TCP/IP and HTML once the internet took flight. As the blockchain applications start appearing, we’ll get it.” Players in maritime and shipping blockchain include Denmark’s BLOC who describes themselves as : “The leading community and platform for maritime blockchain solutions”, Australia’s Blockfreight, Hong Kong's Chain of Things, IBM and IT University of Copenhagen.

The robots are coming, and they can swim

From fire-fighting to hull cleaning, ship inspecting to anti-piracy, it’s amazing what robotics is already accomplishing in the maritime industry. Kongsberg and Statoil, for example, are working with a company, appropriately called Eelume, to deploy swimming snake-like robots for sub-sea inspections, cleaning and even "light intervention". Kongsberg’s website quotes Statoil’s CTO Elisabeth Birkeland Kvalheim: “Eelume is a good example of how new technology and innovation contributes to cost reduction. Instead of using large and expensive vessels for small jobs, we now introduce a flexible robot acting as a self going janitor on the seabed.”

Werobotics.com reports that robots have been used in ports and shipping channels to help reopen after earthquakes and tsunamis, and right now the British Royal Navy is testing “one of the largest demonstration(s) of marine robotics systems”. According to The Royal Navy's website Royal Navy Fleet Robotics Officer Commander Peter Pipkin had this to say of unmanned fleets: "the technologies demonstrated in the exercise have the potential to fundamentally change the future of Royal Navy operations just as the advent of steam propulsion or submarines did".

Just last week Kongsberg announced that it “will design and equip the world's first ‘unmanned and fully-automated vessel for offshore operations.’” New regulations that allow autonomous vessels in Norway’s Trondheim fjord have allowed Kongsberg to give the go ahead for this project. Wärtsilä is participating in a program with software company Tieto along with Rolls-Royce, Cargotec, Ericsson and Meyer Turku to create “the first autonomous marine transport ecosystem”. Their pilot will be using cargo ships and freight transportation in the Baltic Sea, and they hope to have a fully autonomous system by 2025.

Right now the International Maritime Organization prohibits ship operations without a crew; but the Wall Street Journal reports that “British government-sponsored Marine Autonomous Systems Regulatory Working Group, set up in 2014, is reviewing pertinent regulations to potentially propose changes”. This past September The Maritime Executive reported that Captain Samrat Ghosh and Trudi Hogg of the Australian Maritime College at the University of Tasmania published a paper stating that the idea of fully autonomous vessels is unrealistic. Ghosh made an interesting point which has actually come up in recent discussions about problems that could occur from (very partial) automation in the airline industry: “An experienced Master remains a requirement to helm the vessel from ashore, but as specialized shore crew age how will these experienced mariners be replaced if there are less crew gaining first-hand experience of actually working at sea?”

Like what you’ve read? Find out more about shipping’s digital future at Shipping2030 Asia, featuring exclusive speaker sessions from global leaders in maritime and digital innovation!