A Designed Experience at Wynwood Walls 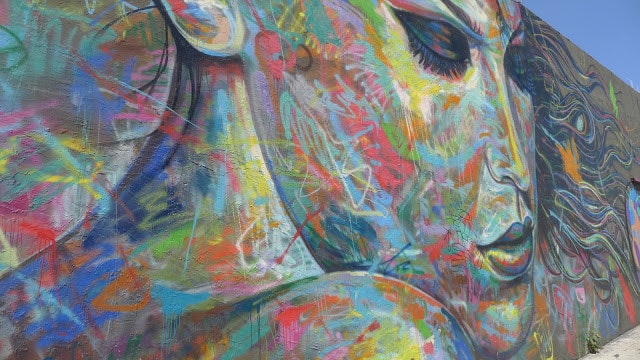 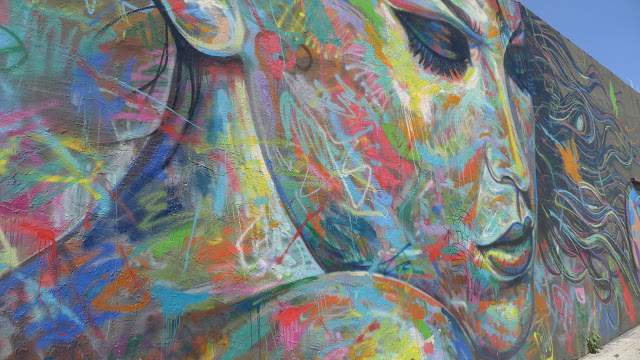 Today, on Day 2 of FUSE, I attended the street art tour at Wynwood
Walls. A full bus of enthusiastic and curious FUSE-ers traveled into a less than glamorous
district of Miami to get a glimpse of local artistry.

Here's the backstory. In 2009, Tony Goldman, a well-known community revitalizer, identified
the Wynwood warehouse district as a neighborhood with development potential. Having had
success developing Soho and South Beach, he created a vision.
With the desire to transform the warehouse district of
Miami, he said, 'Wynwood's large stock of warehouse buildings, all with no
windows, would be my giant canvases to bring the greatest street art
ever seen in one place.' Feeling street art and graffiti were misunderstood art
forms, his idea was met with tremendous support from local, national and
international artists.
With this background knowledge, I set out today
expecting to be wowed by street art. I'd heard a lot about the area and was
impressed Miami had created a place for street and graffiti artists to
leave their marks without the fear of incarceration. But I learned much more about this iconic and unusual part of the city.
Our tour was guided by Man One and Mikel Cirkus. Man One is a
well-known graffiti artist, curator, mentor and entrepreneur. He was fabulous and,
of course, I had to get a photo with him. 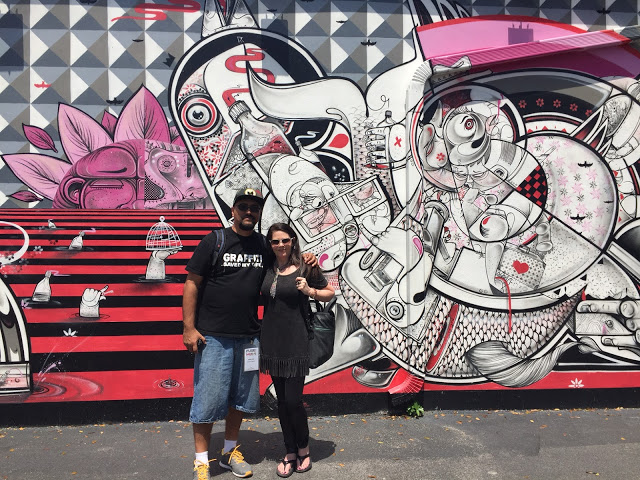 Mikel Cirkus of Firmenich also lead the tour. We were all impressed by his depth of knowledge on the area and the art form. Mikel facilitates trend walks all over the country. Well done, Mikel.
About half way through the tour I realized Goldman's ultimate vision for the area was something very different from what I was enjoying at the moment. The impressive display of art has definitely drawn new people into the warehouse district. Gradually the area is transforming. The vacant and rundown buildings, while still there, are slowly developing into cafes, diners, coffee shops and other retail. These businesses are popping up within the existing infrastructure as the result of many curious Miami residents and countless tourists flocking to see this phenomenon.
The popularity of Wynwood Walls, the publicity and all the buzz about the area is really what Goldman had in mind. If this area can appear more desirable the value increases. Just as Soho and South Beach transformed from undesirable and dangerous neighborhoods, Wynwood is on the path toward gentrification. Controversial? Yes. Because the ultimate success of this area probably means the low income will be pushed out and the graffiti and murals will be destroyed as new buildings are developed. I asked Man One and Mikel about this possibility. They agreed it was likely and confirmed the artists don't approve. But once the artists are moved out of this area and it is no longer legal to tag on the Wynwood district canvases, they'll move to a new location.
On the bus ride back to the conference hotel I flipped through the beautiful photos I had taken and reflected on this sad possibility. How unfortunate to know these works of art may not be here the next time I visit.
I also thought about how updating a neighborhood can easily equate to a rebrand in the purest and most challenging form. Making an area "cool" to people who haven't seen it that way is best achieved by designing the moments within. Graffiti and street artists have created beautiful moments within this neighborhood. Brands are never "rebranded" with a mere logo change. Goldman knew he couldn't go into Wynwood, buy up the buildings, put new logos on them and expect people to come. Success for this district requires redefining the fundamentals. The entire experience, and most importantly, the least coveted moments of the experience must be redesigned to achieve an authentic rebrand.
I'm glad we had the opportunity to explore the beauty of Wynwood Walls. I will watch with curiosity as this area transforms. Will it be the next Soho or South Beach? Time will tell.
Here are some additional photos from the day. Enjoy. 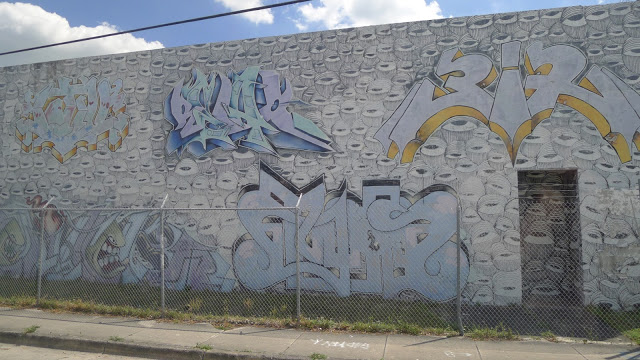 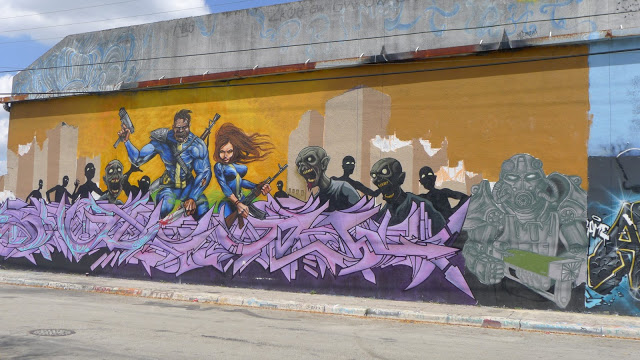 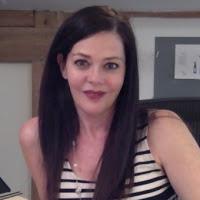