Article 47 applications to vary a trust 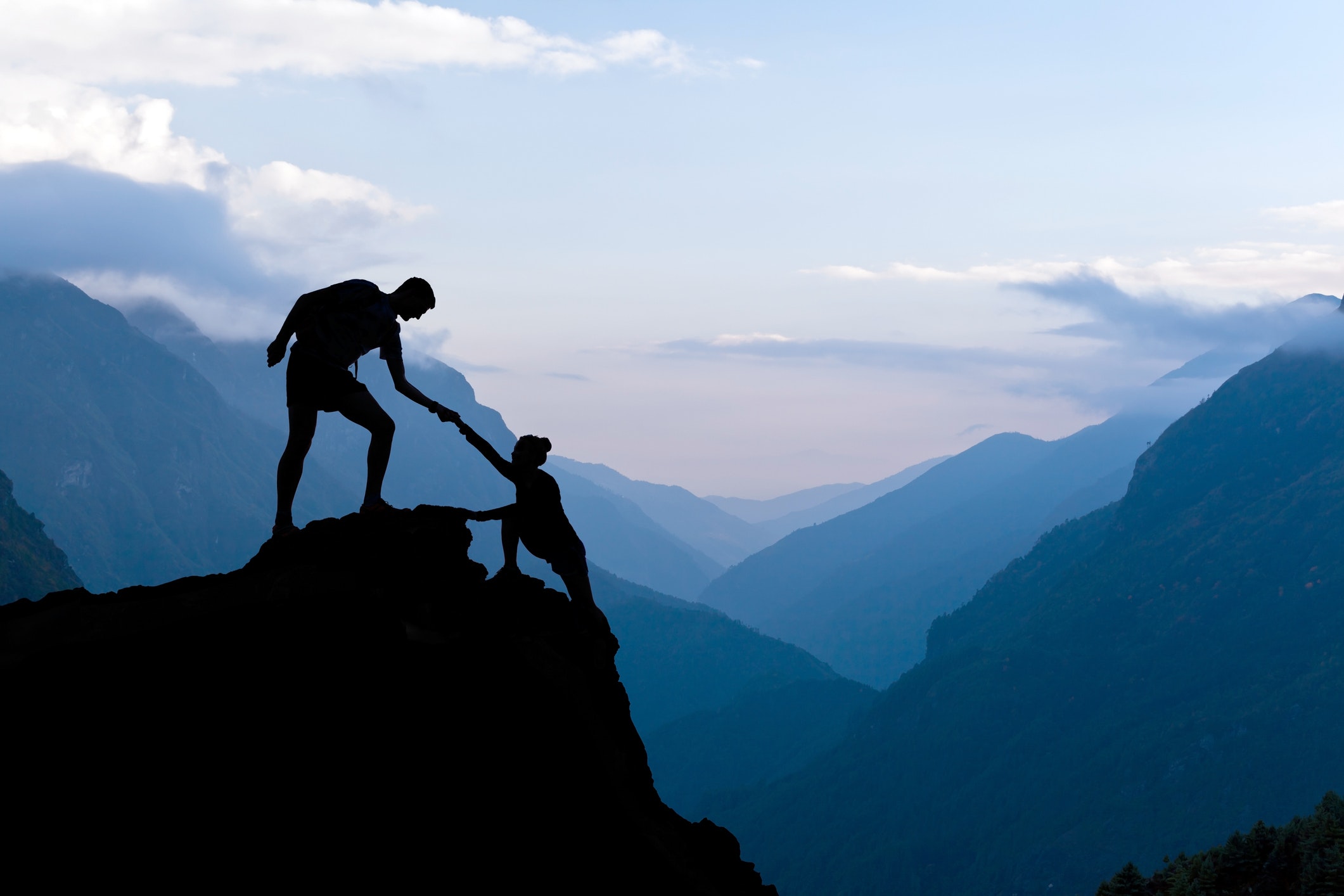 The Jersey Royal Court's recent decision in the Y Trust and Z Trust provides welcome guidance in respect of article 47 applications to vary a trust. In particular, the Court considered the interplay between the wishes of a settlor and the Court's assessment of "benefit", a point which has not been considered before by the Court. The decision also examines article 47 applications alongside public policy considerations affecting a modern society.

Ogier acted for the family who brought the application before the Royal Court.

The application relates to two Jersey law governed trusts. The terms of both trusts prohibited children born into certain relationships from forming part of the beneficial class. These restrictions affected, inter alia, children of same sex relationships and children born out of wedlock. It was these restrictions that were the catalyst for the present variation application being brought.

A significant amount of time and thought had been given by the family to the matter in advance of bringing the application. Although they all held a great respect for the views of the settlor, they felt those views were out of step with modern day thinking and the family was unified in its decision that the terms of the trusts should reflect more closely modern moral and familial constructs. Accordingly, the revised definitions now placed before the Court provided for; i) an equal recognition of issue of same sex relationships, ii) a general recognition of illegitimate children, iii) recognition of the possibility of beneficiary status for a person treated as a child and iv) a relaxation of the age threshold for adopted persons to qualify. The family's chosen mechanism was both to widen the scope of the beneficial class and create a family council to consider those who may still fall outside the definitions but who should properly be considered "family".

Due to the significant wealth in the two trusts, all those falling within the beneficial class would be provided for well. Any dilutive effect of widening the class was not therefore considered by the Court to be a material factor.

The objective at the heart of the approach adopted by the family was to preserve family unity and harmony. The family were acutely aware of the divisiveness that wealth could bring and didn't want to fall prey to it. The Court considered this approach to be exemplary and an extremely laudable one to adopt.

The Court granted the order varying the respective definitions of the beneficial class set out in the Y Trust and the Z Trust, accepting that it would benefit those minor, unborn and unascertained beneficiaries for whom the Court provided consent.

In granting the application the Court had regard to the following principles:

Article 47 of the Trusts (Jersey) Law 1984 (as amended) (the Law) provides the Court with jurisdiction to approve an arrangement on behalf of, inter alia, minors, unborns and unascertained beneficiaries so long as the Court is satisfied that the arrangement is for the benefit of those beneficiaries and that the case is a fit and proper one in which to exercise its discretion.

Benefit and the interplay between the settlor's wishes and the assessment of "benefit".

On the issue of "benefit", the Court referred to the seminal case of In re Osias Settlements 1987 – 1988 JLR 389 and Tomes DB's acceptance in that case of the principle that in deciding whether an arrangement is for a person's benefit, the Court would consider the matter as a whole and that the word "benefit" was not to be narrowly interpreted or restricted to financial benefit.

The case considered the approach the Court should adopt if the settlor's (or testator's) wishes run contrary to the assessment of benefit. The Court was willing to consider English cases under the Variation of Trusts Act 1958 due to the similarities with article 47 of the Law. The Court referred to the English cases of Goulding v James [1997] 2 All ER 239 and Pemberton v Pemberton [2016] EWHC 2345 (Ch) and found that the consistent theme of those English decisions was that the Court, in considering whether to exercise its discretion, will have some regard to, but will not necessarily follow, the wishes of the settlor (but only where those wishes are relevant to the question of whether the proposed arrangement is beneficial to those for whom the Court is concerned).

An exception was drawn in the case of protective trusts where the Court may rely upon the settlor's/testator's reasons as to why a Court should withhold its consent to the proposed arrangement as the reason for imposing the protection is still extant.

Having given this particular issue a detailed consideration, not least because it is understood that the interplay between a settlor's wishes and the assessment of benefit is a point which had not been considered in Jersey before, the Court accepted and applied the analysis of the English Courts. Accordingly, where a Court is satisfied that a proposed arrangement is beneficial to those on whose behalf it is asked to sanction the variation, the fact that the variation might run contrary to the wishes of the settlor or testator is not material. The Court's role is not to stand in as, or for, a settlor in varying the trusts.

A second issue that was raised and considered by the Court during the course of this application was the extent to which public policy considerations should factor into the exercise of the Court's discretion in article 47 applications. The Court confirmed that policy reasons can indeed influence the Court's approach to an exercise of its discretion.

The public policy argument that would be applicable is the potential benefit to the Island's trust industry of enabling practitioners to reassure putative settlors that their wishes will be resolutely enforced by the Jersey Courts.

The Court ultimately concluded that the public policy point could be excluded from their consideration of the application for the following reasons:

Policy follows the law and the views of the settlor are not contemplated in the wording of article 47 of the Law save to the extent that the settlor's views bear upon the interests of those for whom the Court is asked to consent.

There are likely to be competing public policy arguments which change over time with a developing and progressing society. It follows therefore that there would be circumstances in which the wishes of the settlor will come up against ideas or concepts which form an important part of the policy of the Court at the time the specific variation comes to be considered. The Court referred by way of example to changes brought about under the Wills and Succession (Jersey) Law 1993 relating to the succession rights of children born out of wedlock, the Civil Partnership (Jersey) Law 2012 making provision for civil partnerships and the introduction of the Discrimination (Jersey) Law 2013 which makes plain that both gender and sexual orientation are protected characteristics in respect of which the anti-discrimination provisions in that law apply.

In respect of public authorities, including the Court, it was noted that the direction of travel had been firmly established by the adoption of the Human Rights (Jersey) Law 2000 which obliges all public authorities to act compatibly with rights created under the European Convention on Human Rights. Particular reference was made to article 14 under the European Convention which requires the enjoyment of the rights and freedoms set forth in the convention to be secured without discrimination on any ground such as sex, race, colour, language, religion, political or other opinion, national or social origin, association with a national minority, property, birth or other status.

In summarising, the Court confirmed that any public policy argument regarding the benefit to the trust industry of the Court enforcing with rigour the views of settlors are outweighed by the policy statement of where this Island currently stands in relation to issues such as those set out in the above mentioned legislation and the international treaties which bind the Island. The Court confirmed that in respect of article 47 applications that come before it, the rights will be adjudicated in accordance with the law but to the extent that policy considerations play a part, "the Court's policy is one of tolerance towards and acceptance of the rights of others, acting within the law, to live their lives as they see fit"

Representation of Y Trust and Z Trust [2017] JRC 100 provides welcome additional guidance with regard to "benefit" and the factors that the Court will take into account when determining whether to exercise its discretion and grant its consent on behalf of the minors, unborns and unascertained beneficiaries.

More novel perhaps is the valuable insight into the Court's approach to public policy considerations. The case has been proven to be pivotal in pushing a modern agenda through the Court and, in doing so, enabled the Court to confirm its approach as being one of tolerance and acceptance towards the rights of others and the way they choose to live their lives.