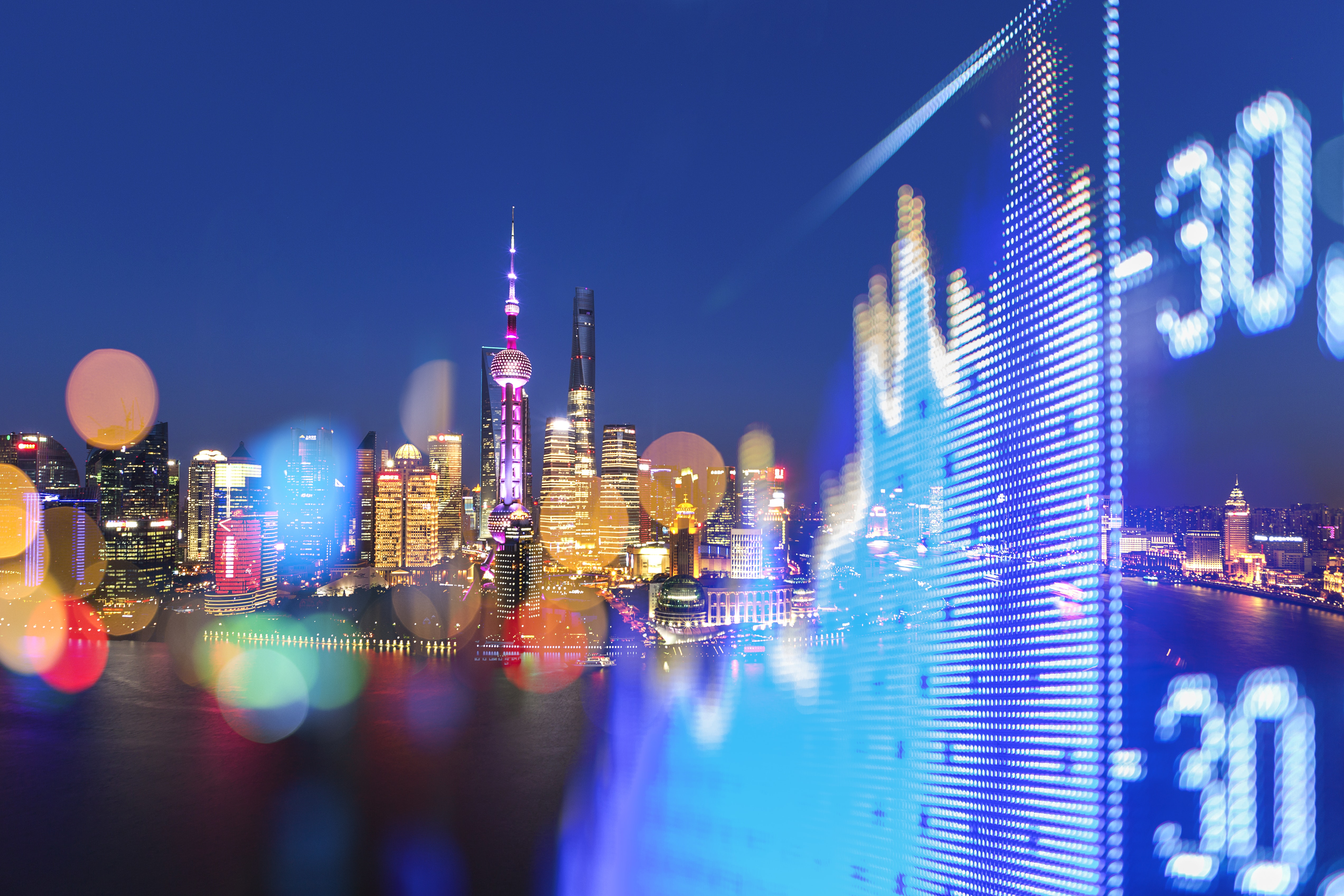 In our industry, anytime you string together the words "China", "Biotech" and "Investment" in a sentence, people pay attention. And there are few better persons to delve into those themes with than OrbiMed Partner and co-founder of OrbiMed Asia, Jonathan Wang. So we were thrilled when we got the chance to speak to Jonathan in the lead up to ChinaBio Partnering Forum, May 8-9 in Shanghai.

Q: What does an ideal OrbiMed Asia investment look like?

Jon:  An ideal OrbiMed Asia investment would look like this: 50X return within 3 years of investment. All jokes aside, I am trying to stress the most important feature of a good investment: great financial returns within reasonable levels of risks. Facing the same question, many investors may mention some nice-sounding qualities, such as innovation, vision and a revolutionary business model, but without good returns, those would be just empty words.

OrbiMed Asia would typically invest $20-40 million per company for 10-40% of the ownership. In most cases, we would stay with the company for 3–8 years.

Q: How many investments do you make each year, and what is the average amount invested?

Jon: OrbiMed Asia’s investment pace varies year by year and, overall, has been increasing. On average each year, we make 5–10 new investments, totaling approximately $150-200 million. This would translate to $15-40 million per company in most cases.

Q: There certainly seems to be a lot of Chinese investment capital looking for deals, has this affected OrbiMed's Asia's deal flow and approach?

Yes, the investment interest in China’s healthcare sector has been skyrocketing over the recent years. Fortunately, OrbiMed Asia’s deal flow has been strong and increasing. On average, we have been investing in approximately 1–2% of all the deals we run into.

The competition increase has caused us to be more differentiated. First, we actively use our global platform to help portfolio companies. Being one of the largest healthcare-dedicated investment companies, we have approximately 500 investee companies worldwide, among which we proactively seek synergies. For example, CBT, a company we incubated, has got their products from Crown and Springworks, two of OrbiMed’s other portfolio companies.

Secondly, we have built a team with deep healthcare expertise. Having been focused on healthcare for over three decades (myself, 21 years), OrbiMed is perceived by many entrepreneurs as industry experts who understand their businesses and can add real value.  We sit on the boards of most of our portfolio companies and help them on such matters as recruiting top management, acquiring products, IPO and M&A.

Moreover, we use our brand name and resources to help companies IPO. OrbiMed is one of the top healthcare brands and investors on key stock markets, such as NASDAQ and HKEX.  I sit on HKEX’s biotech advisory panel. Many companies seek our investment for validation and help in the IPO process.

Q: What do you see as the limiting factor to Chinese biotech company formation and growth (i.e. experiences management teams?)

There are many limiting factors so I will just name the top ones. Most importantly, a lack of management talents is almost always a limiting factor. Sitting on many boards, I am constantly looking for good managers for my portfolio companies. The kind of people who can lead a Chinese biotech company are special: They need to know the science and technology as well as how to manage people, have a global vision as well as access to local resources, understand world-class drug development standards as well as local market needs. The large influx of overseas returnees has greatly enhanced the talent pool in China.

A lack of differentiated/competitive technology and products is another limiting factor.  China’s pharma market is still dominated by generics and most of China’s drug pipeline is still “me-too” or, at most, “me-better” drugs. There are over 100 companies developing PD-1/PD-1s alone. There are usually one to two dozen “me-too” drugs against the same popular targets, such as CD20 and TNFα.

There are some Chinese companies who “hide behind the China Wall”—their technology is not competitive globally, or does not have worldwide IP, but they hope they can succeed in China. Some companies have been built solely for in-licensing the China rights of foreign products. Due to NMPA’s reform, now it is a lot easier for foreign drugs to directly enter China. So Chinese companies will have to compete globally earlier than before, and fewer foreign companies need local partners. The pressure for differentiated and competitive technology has significantly increased in China.

Finally, a lack of payers for expensive innovative therapies. This is especially true for orphan diseases. China’s per capita healthcare spending is less than $500, less than 1/20 of the US. To make things worse, the medical insurance industry is immature. So, innovative but expensive therapies would have a difficult time penetrating the Chinese market. This in turn is likely to hurt innovation in the long run.

Q: In which industry sectors do you see China life science companies having a distinct comparative advantage today and in the next decade?

It is difficult to be exhaustive on such a question. I can think of the following five areas:

• China has one of the largest patient populations (often the largest) in most significant therapeutic areas. This means not only large markets but also faster and cheaper patient recruitment in clinical trials. So China has advantages in drug development in the long run.  Some related industries, such as CROs, have been booming and will probably continue to boom in China.
• Chinese companies have natural advantages in China-prevalent disease areas, such as Hepatitis B and gastric cancer.
• China still has significant cost advantages over developed countries, such as the US, in manufacturing, especially for products in the value segment. There has been a rapid increase in biologics manufacturing capacities, which, combined with competition, is likely to drastically bring down the worldwide prices for many products, such as PD-1.
• Although hardcore innovation has not been China’s long suit, the country has been good at developing “me-too” and “me-better” drugs. This probably will continue over the next decade.
• Cell therapy is another area where China has some advantages. It is generally easier, cheaper and faster to get new cell therapies onto humans via physician-sponsored clinical trials in China. China has 165 CAR-T clinical trials, which is the highest number worldwide, even higher than the US. The number is impressive but the majority of them are copies of marketed therapies and do not have their own IPs.

Q: What role, if any, do you see the HK stock exchange having to the long term success of China-based biotech?

It probably will play an important role. First, HKEX will become an important exit channel for Chinese biotech companies. Previously, such companies’ main exit channel was NASDAQ.  To many Chinese business leaders, HKEX has the advantages in proximity, language and culture. It is more closely connected to RMB-based Chinese investors as well. Also, HKEX will become an important fundraising platform for Chinese biotech companies, which usually burn money for a long time before profitability. In addition, HKEX is likely to play an important role in industry consolidation as large public companies acquire smaller companies in China.

Q: What relationship do you see between sustained Chinese biotech growth and NMPA stability and conformity to global regulatory norms?

The sustainability of Chinese biotech’s growth depends on NMPA’s stability and continuous reform. Over the last three years or so, NMPA has done overall a fantastic job in reforming a largely dysfunctional drug approval process. I certainly hope the reform, which has caused a boom in China’s biotech industry, will continue.

China’s regulatory oversight, which was poor, has been improving rapidly over the past decade. The government has crashed down on any questionable practices by establishing stricter laws and regulations.