EU merger control reform – what to expect in 2021 and beyond? 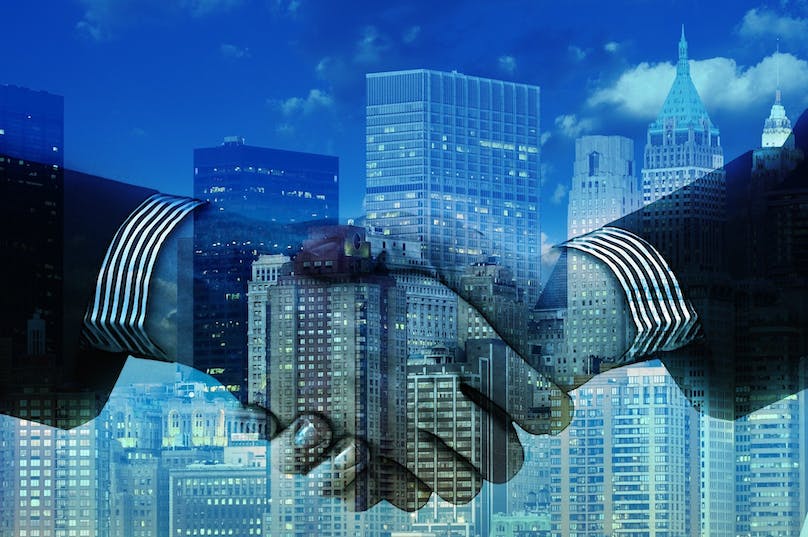 The European Union (EU) has embarked on the most extensive antitrust reform program in its history. The European Commission (Commission) is working on parallel initiatives to create a “new competition tool” giving the Commission unprecedented powers to force companies to change their practices or make structural changes whether or not they have infringed competition rules, to introduce new antitrust-inspired regulation of “gatekeeper platforms,” to revise the Commission’s approaches to assessing cooperative agreements and defining antitrust markets, and to create a unique hybrid competition and trade law instrument to combat distortions in EU markets caused by subsidies granted by non-EU governments.

What is missing in this ambitious program? Merger control.

The Commission announced some time ago that in the fourth quarter of 2020 it would finally publish the “evaluation results” of its 2016 consultation on procedural and jurisdictional aspects of EU merger control (the 2016 Consultation), which discussed the system of referring cases between the Commission and Member State authorities under the EU Merger Regulation (EUMR), the effectiveness of the EUMR’s turnover-based jurisdictional thresholds and other technical aspects. Unusually, the Commission never published the results of this consultation or followed up with proposed changes. Nonetheless, Executive Vice-President Vestager has repeatedly expressed frustration that the EUMR’s jurisdictional thresholds don’t capture transactions -- often, but misleadingly, called “killer acquisitions” – involving large companies buying small ones, even where a high transaction value suggests that the target is competitively significant. Meanwhile, EU merger control became a hot political issue following the Commission’s prohibition of the proposed Siemens-Alstom merger, with France and Germany pushing for far-reaching changes to support “European champions.”

In a recent speech on the future of merger control, Executive Vice-President Vestager outlined her vision of EU merger reform for 2021 and beyond. While pushing publication of concrete proposals back to mid-2021, Vestager’s speech offers the most detailed view so far of how EU merger control will change in the coming years. Perhaps mindful of the political sensitivities, the proposed reforms are limited to changes the Commission can make without amending the EUMR. Working within the existing text may limit the Commission’s ability to make major changes, but also gives the Commission greater flexibility to act quickly, without the need for European Council and Parliament approval.

Vestager noted that “there are a handful of mergers each year that could seriously affect competition, but which we don’t get to see because the companies’ turnover doesn’t meet our thresholds.” For the first time, however, she clearly rejected the possibility of introducing a transaction-value based threshold to capture such transactions, as Austria and Germany have done. She noted that it’s not easy to set a threshold like that at the right level. Another reason for rejecting this approach could be that any such change would require amending the EUMR, which could open a political Pandora’s box.

Instead, Vestager pointed to another approach “hiding in plain sight.” Article 22(1) of the EUMR allows Member States to request the Commission to examine transactions not meeting the EUMR thresholds that affect trade between Member States and threaten to significantly affect competition within the territory of the Member State or States making the request. This referral mechanism can be used for any transaction without regard to turnover or value-based thresholds, so long as the request is made within 15 working days from the date on which the transaction is “made known to the Member State concerned.” This mechanism was originally included in the EUMR to allow Member States lacking a national merger control regime to request Commission assistance with potentially anti-competitive transactions in their territories. (The EUMR also contains other referral mechanisms, including notably a mechanism allowing parties to transactions subject to review in three or more Member States to request that jurisdiction be referred to the Commission.)

Vestager acknowledged that the Commission has traditionally discouraged national authorities from using this referral power. The Commission now plans to change its approach. Beginning in 2021, the Commission plans to start accepting referrals of mergers worth reviewing at the EU level – whether or not the referring authorities had the power to review the case themselves. It seems likely that such requests will often be pre-arranged, with the Commission identifying interesting transactions not caught by the EUMR and asking sympathetic Member State authorities to request the Commission to review them.

By mid-2021, the Commission plans to publish guidance about how and when it plans to accept these referrals. The apparently simple solution “hiding in plain sight” may prove to raise tricky legal issues; for example, under Article 22(1), a referral confers jurisdiction for the Commission to apply the EUMR only in the territory of the referring Member State(s), not the EU as a whole. This point was in fact flagged in the 2016 Consultation as an issue possibly requiring an EUMR amendment. Questions may also arise where one or more Member States without jurisdiction to review a transaction are amenable to referring the transaction to the Commission but others who do have jurisdiction are reluctant to relinquish it.   The date on which a transaction is “made known” to Member States may also be difficult to determine.

The new approach to Article 22(1) referrals represents a potentially dramatic expansion of the Commission’s EUMR jurisdiction and could create significant legal uncertainty. Essentially any significant transaction could be subject to Commission review and approval under the EUMR.   Hopefully, the Commission’s promised guidance will provide some clarity for transaction parties and their lawyers.

Vestager also previewed changes to simplify EU merger control for transactions that are unlikely to harm competition. The current “simplified procedure” for EUMR review of transactions unlikely to raise significant antitrust issues dates from 2013 and now applies to three-quarters of EUMR reviews. The Commission wants to further increase the proportion of cases handled under the simplified procedure, as well as cutting the amount of information that merging companies have to provide, and making it simpler to submit that information.

The Commission will also look for ways to speed up merger procedures, for instance by cutting back on pre-notification discussions in straightforward cases. Vestager said that the Commission will be reviewing their best practices on merger proceedings, the simplified procedure notice, and the EUMR implementing regulation, looking for ways to make life easier for companies.

In fact, a number of potential changes to the Commission’s simplified procedure and the case referral mechanism were already mooted in the 2016 Consultation. These included lighter requirements (or exemptions) for transactions involving parties with little or no overlapping activities and joint ventures active outside the EU, as well as simplification of the mechanisms for referral to the Commission of transactions that would otherwise be subject to review in three or more Member States. Although these received widespread support, the Commission did not act on them.

Meanwhile, the Commission’s information requests in all but the most straightforward cases have been growing more burdensome, not less. For example, the Commission is making ever more frequent recourse to expensive and burdensome internal document requests that are difficult to complete in the EUMR’s timelines and often raise complex issues under EU data protection laws. Best-practice guidelines on internal document requests promised in 2018 never materialized.

Changes to the EU’s simplified procedure mechanism and other processes will indeed be welcome if they make life simpler for companies. The Commission’s approach to merger control, which requires provision of extensive information “up front,” has long been criticized as overly burdensome in straightforward cases. Measures proposed in the 2016 Consultation would be a natural first step. Hopefully, however, the Commission will consider going beyond the 2016 Consultation, for instance by streamlining the evaluation of mergers that do not qualify for the simplified procedure. For example, Commission requests for information would often benefit from more careful review and streamlining, and efforts to focus on the most significant issues early in the process would make the process more efficient for all parties concerned.

More broadly, Vestager announced that the Commission is “launching a reflection, to discuss ideas and share evidence on how to improve our merger rules.”

As part of this reflection, the Commission plans to look at some recent decisions, to see what effect those decisions had on prices and choice, quality and innovation. This initiative is welcome, though not unique. Indeed, the Commission published a major study on such ex-post evaluations in 2015.[1] The United States Federal Trade Commission announced last February that they plan to examine the effect of past acquisitions by large technology companies.

Looking forward, the Commission also plans to study whether changes to the Commission’s assessment are needed in key sectors. Vestager mentioned the possible impact of changes caused by digitization, which can give companies more power thanks to the insights from huge collections of data network effects. The Commission will also seek to understand the impact of growing market concentration in a number of industries.

Any changes that might emerge from this reflection, for instance in the form of new merger guidelines, are likely several years away. The Commission wants to await the outcome of its appeal against the EU General Court’s annulment of its prohibition of the Hutchison/Telefónica transaction.   The General Court appeared to raise the legal standard for the Commission to show anti-competitive effects in its EUMR decisions. The results of the Commission’s appeal won’t be known for several years.

In a year of high-profile EU antitrust reform initiatives, merger control has taken a relatively low profile. In 2016, the Commission was considering amending the EUMR, for instance in relation to jurisdictional thresholds and the EUMR’s case referral system. EUMR amendments now seem to be off the table, possibly because of political controversies about the role of merger review in EU industrial policy.

With respect to jurisdictional issues, the Commission believes it has found a solution to the issue of significant transactions escaping EU review owing to low target turnover: simply allow (or ask) Member States to request the Commission to review them. Under this approach, however, virtually any significant transaction could be called in for EU review, creating a high degree of legal uncertainty. Clear guidance on the new approach will be essential.

The Commission is also promising changes to its internal procedures to expand the current simplified procedure and further reduce the burden on mergers reviewed under that procedure. Such initiatives would be welcome and indeed were expected following the 2016 Consultation. Efforts to reduce the burden on companies notifying transactions that don’t qualify for the simplified procedure, going beyond the 2016 Consultation, would also be very welcome.

The Commission’s most ambitious merger reform goals, reviewing the impact of high profile past decisions and re-assessing its approach to significant future transactions, will be a multi-year project. These initiatives will also be welcome, though it seems unfortunate to defer revision of the Commission’s merger guidelines until the Hutchison/Telefónica appeal is resolved. In recent years, the Commission has significantly developed its case law in important areas not fully addressed in the existing guidelines, such as innovation competition and big data.   The antitrust community would benefit from an interim update of the current guidelines to reflect these changes.