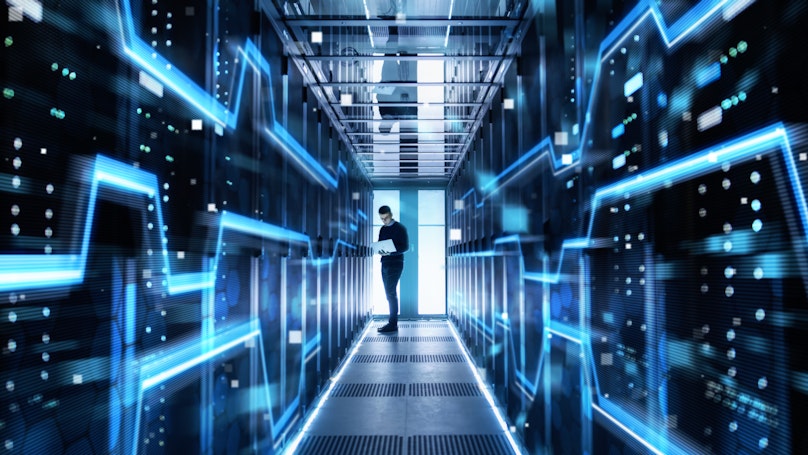 At a press conference last month, Commissioner Vestager asked Amazon one big question: what precisely does Amazon do with all the big data?[i] The Commissioner particularly seeks to know how Amazon, a vertically integrated company, benefits from its multiple roles in the e-retail sector – namely, as a multi-sided platform, where it matches the buyers with the suppliers; as a logistics provider to the suppliers on its websites while also simultaneously competing with them as a provider of similar goods and/or services. The key question is does Amazon benefit and potentially misuse the information it gathers about the various stakeholders in the entire supply chain – the customers and the suppliers?

The rise of the internet economy, accompanied by devices such as smartphones and ever decreasing costs in collection of data have given rise to what we call the ‘data economy’. Many argue that data is the oil of the digital economy. Others say, considering the special properties of data such as replicability and availability, it does not have the same set of properties as oil. What is undebatable though is that data, just like oil, is extremely valuable and the fuel of the digital era. Practitioners and scholar alike go a step further and question, what offers a competitive edge in the data-driven economy – the data or the algorithms that help make meaningful interpretations from that data or potentially, the two of them together? From a perusal of key merger control decisions of the European Commission, such as Microsoft/Skype and the Telefónica UK/Vodafone UK/EE/JV, it emerges that in the case of merger control; at least, the Commission has till date been of the opinion that data alone does not offer a sustainable or non-replicable competitive advantage. The Commission in fact went a step further and in Microsoft/Yahoo! Search identified accumulation of big data as pro-competitive for the market. Is the Commissioner’s call for investigating Amazon, then a detour from the Commission’s earlier practices? Not precisely, as different factors are taken into account in ex-post competition law enforcement (cartels and abuse of dominance) and ex-ante merger control enforcement. In the following paras, we discuss some key issues that may emerge as central to the European Commission’s investigation of Amazon’s data-related practices.

Commission’s concerns with Amazon comes on the rapid rise of e-retail that has seen double digit year-on-year growth, largely at the cost of traditional retailing. Technological innovations such as deep learning and various other kinds of machine learning techniques have offered a new meaning and dimension to data. Online retailers such as Amazon use advanced AI-enabled technologies (Artificial Intelligence) that can make very rich interpretations about the customers. Particularly, Amazon’s use of ‘collaborative filtering’[ii] may answer Vestager’s concerns with the e-retailer’s data practices. Collaborative filtering, simply put, refers to making intelligent forward-looking interpretations from the available set of data. For example, if a consumer regularly purchases baby soaps, baby towels, baby powder and baby food, s/he is likely to purchase diapers and other baby products. Combine this with an additional challenge – Amazon is a vertically integrated platform.[iii] This means that Amazon can use this rich amount data to find - first, which products and/or services are bestselling, and second identify the reasons for their popularity. These insights then help the company in product-line and geographic market extensions. The Commission’s concern is potentially with this unfair use of data about suppliers on the e-retailer’s website. The Chicago school identified foreclosure as an ‘illusion’. It argued that a vertically integrated monopolist had no incentives to charge monopoly prices in both the upstream and the downstream market (theory elimination of double marginalization).[iv] Post-Chicago school considers that the theory is unsuitable and does not match the realities of the platform economy, where economies of scale and network effects can create barriers to market entry and durable market power.[v]

About two years earlier in the September of 2016, Commissioner Vestager in a keynote speech at the EDPS-BEUC conference identified big data as an essential facility and noted that subject to fulfillment of certain conditions, the aggregators were under a duty to share the data.[vi]

If the Commission chooses to proceed and formally investigate Amazon and it does identify anti-competitive practices benefitting from the deep learning algorithms and collaborative filtering used by the e-retailer, Amazon may need to pay heavy fines like Google earlier this year and/or may also be obliged to share data, depending on the final findings of the investigation.

Currently based out of Denmark, I work for the Center for Legal Informatics at the Department of Law, Aarhus BSS, Aarhus University. Earlier, I worked as a project consultant at Innove-in-Telekoms, Basel. I come with over +15 years’ multi-disciplinary across Asia, Europe and the USA. In the US, I worked as a Lee Iacocca Scholar (at the Lehigh University), where amongst others, I advised a start-up website firm on establishing a global presence. My most recent assignment includes working as research policy analyst with the International Telecommunications Union (Geneva) and as a knowledge manager with a London-based third party funder in London. I specialize in the converged telecommunications sector. My PhD thesis at the Max Planck Institute for Innovation and Competition deals with merger control in the ICT sector. The results of this study are published in the book: “Promoting ‘competition in innovation’ through effective merger control in the ICT Sector: A Comparative and Inter-disciplinary Study” (forthcoming 2018). In addition, I have also published in peer-reviewed journals dealing with competition law and business strategy including in International Journal of Intellectual Property and Competition Law, European Competition and Regulatory Law Review, Decision (by Indian Institute of Management Kolkatta) and Indian Institute of Management Bangalore Research Paper Series.

My areas of interest are competition and innovation, telecommunications sector and sustainable development. With firm belief that it is through promotion of competition-in-innovation and sustainable consumption that the benefits of development can reach everyone, including those at the bottom of the pyramid, I advise my clients on how to develop ‘sustainable business models' and communicate the benefits of those to different stakeholders.

Find out more about the risks big data poses, and how you can manage these risks, at KNect365’s annual Big Data & Competition Law conference.

[i] Isobel Asher Hamilton, After slapping Google and Apple with giant fines, the EU is now going after Amazon, dt. 19th September 2018, available at https://nordic.businessinsider.com/amazon-investigated-by-eu-commissioner-margrethe-vestager-2018-9?r=US&IR=T