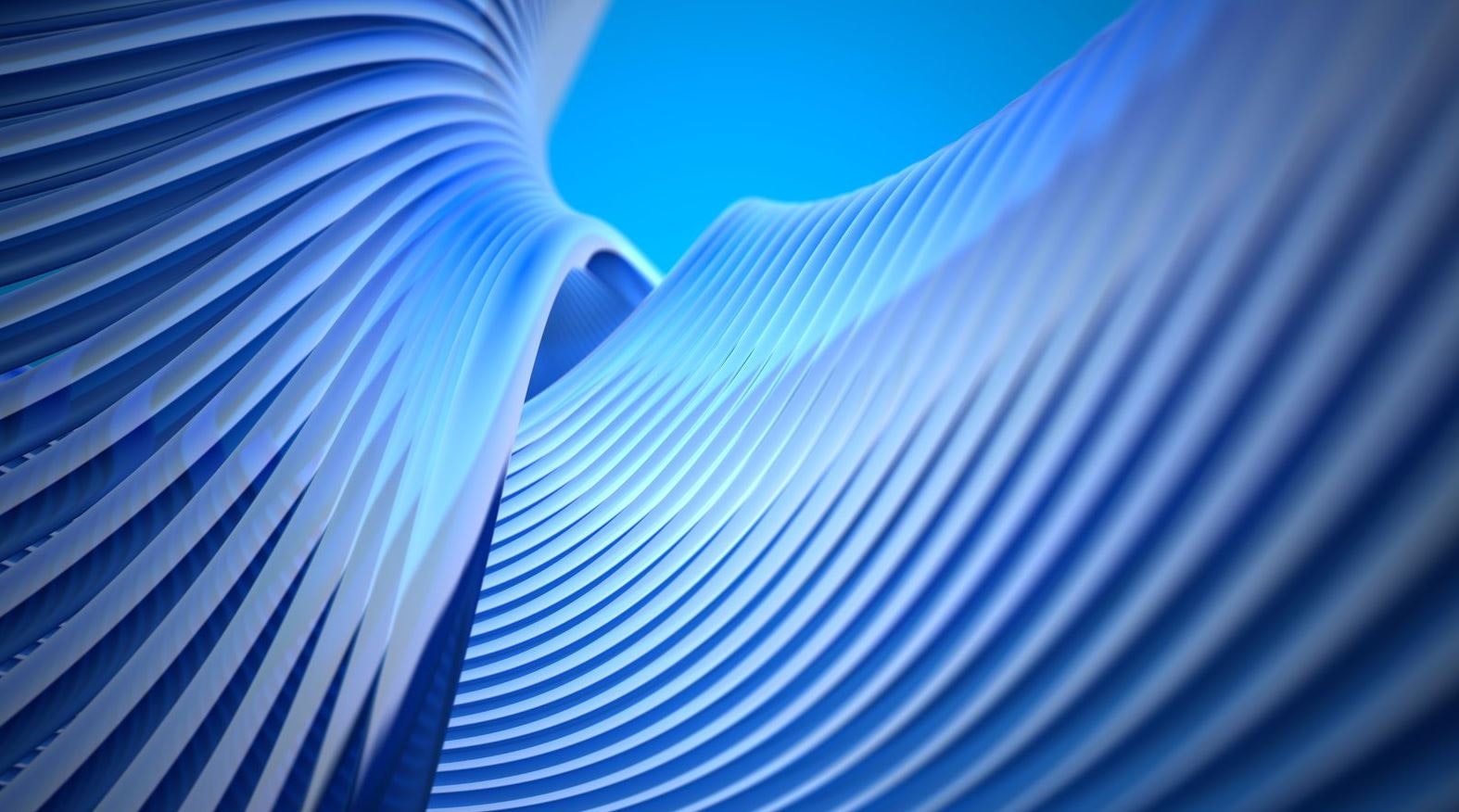 As we move into the final months of 2018, there are a number of trends and proposals that look set to have an important bearing on European merger control into 2019 and beyond. In this blog, we discuss five of the most important trends that we expect to see developing in the final quarter of 2018 and into 2019.

The Importance of Compliance – Increased Enforcement of Procedural Rules

At the European Commission level, Facebook was fined €110 million in 2017 for providing misleading information during the Commission’s investigation into its acquisition of WhatsApp. In April 2018, Altice was fined €125 million for implementing its acquisition of PT Portugal before receiving clearance (so called “gun jumping”). This represents the largest ever fine for gun jumping in the EU (surpassing the previous record of €80 million in France – also against Altice). At the time of writing, investigations into potential procedural breaches by Canon, Merck and GE remain ongoing.

Competition agencies in EU Member States have also been active in this space. In November 2017, the UK’s Competition and Markets Authority (“CMA”) fined Hungryhouse £20,000 for failing to adequately respond to an information request during the CMA’s review of its acquisition by Just Eat. In June 2018, Electro Rent Corporation was fined £100,000 for failure to comply with interim measures imposed by the CMA during its review. The last two years have also seen fines or other penalties for procedural breaches by other agencies, including in Portugal, Spain, Hungary and Poland.

These cases highlight the importance of understanding your merger control obligations early in the deal process, and keeping check of those obligations from the start, through notification and right up until a decision and closing. We anticipate that the Commission and EU Member State agencies will continue this enforcement drive into 2019, likely leading to more investigations launched or fines imposed for procedural infractions across the EU.

Innovation Markets – A New or Higher Hurdle to Jump?

The Commission’s approach to innovation in its competition assessment of mergers has arguably been the hot topic in merger control in 2017 and 2018. Most notably, in clearing the merger of Dow and DuPont in March 2017, the Commission required the divestment of DuPont’s global research and development organisation. This was on the basis that, rather than in relation to the development of specific identifiable products, the merger had the potential to reduce innovation competition for pesticides more generally.

Many commentators and practitioners have argued that such a theory of harm, where the Commission identifies competition concerns based on innovation generally rather than in relation to specific “pipeline” products, is new. Whether or not this represents a new approach to innovation by the Commission in merger control, which the Commission disputes, we have seen innovation issues being raised in further merger reviews since the Dow DuPont decision. Deals that may receive particular scrutiny under this enhanced innovation theory include acquisitions of R&D-based businesses, mergers that involve markets where innovation is a key parameter of competition and mergers that may result in significant layoffs in R&D staff post-deal. Awareness of this emerging issue in deal planning will be key to ensure that innovation is assessed and addressed early on.

Since US President Trump took office in January 2017, the risk of national security posing an obstacle to government approval of mergers in the US, particularly those involving proposed acquisitions by Chinese companies of targets with US operations, has been on the increase. Indeed, a number of deals have either been blocked or faced scrutiny by the Committee on Foreign Investment in the United States (“CFIUS”), a regime that is being strengthened following recent reforms, throughout 2017 and 2018.

Europe is now also moving in this direction. In September 2017, the Commission released a proposal for a new framework for the review of foreign direct investment in the EU. Although, if implemented, the new framework will be a step towards a CFIUS-type regime for Europe, it is still a long way off the US position. Rather than giving the Commission the power to block all deals with serious security issues, the proposal simply allows Member States to implement mechanisms to review foreign investments on the basis of public order or national security. If Member States elect to implement such a regime, the proposal provides a framework for doing so, and also allows the Commission to issue an opinion to Member States on certain transactions, which must be taken into account.

The EU proposal is currently working its way through the legislative process and there is no firm timing for its implementation. That said, the proposal is considered a priority within the EU, and governments have expressed the view that the legislation should be finalised before the European elections in May 2019.

At the same time as the EU proposal, the UK Government has started a programme to strengthen its own foreign direct investment rules. In June 2018, the merger control thresholds for certain sectors of national interest (military, computing hardware and quantum technology) were amended to allow the government to review more deals that raise public interest concerns. This is seen as a “temporary” fix, with a White Paper being published in July 2018 setting out the UK Government’s long term plans for reform. This White Paper proposes a broader regime, including a voluntary notification regime and the possibility of the government imposing conditions on transactions in order to resolve concerns. The Government has stated it expects 200 transactions to be covered by the regime each year, with 50 deals likely to be subject to conditions or even prohibited outright.

The UK government is consulting on the proposals in the White Paper. Following the consultation, it is expected that the proposals will be refined before entering into the formal Parliamentary process.

Tech and Start-Ups – Increased Scrutiny on the Horizon

In 2017, the European Commission carried out a consultation relating to the revision of merger control thresholds at EU-level to capture the acquisition of so-called “low turnover/high value” targets.

In particular, the Commission launched a consultation on whether its current turnover-based thresholds were sufficient to catch all relevant mergers and if a “deal value” based threshold may also be required to catch deals that, although the target does not have significant turnover, the acquisition of the target has a significant market impact. The two industries of focus pointed to were the technology industry (for example, in the case of technology start-ups that are not yet generating significant revenue) and the pharmaceutical industry, where companies may carry out research and development of new drugs.

In the meantime, similar deal value based thresholds have been introduced and are now in force in Germany and in Austria, with joint guidance being released by the German and Austrian competition agencies in July 2018. By contrast, the French competition authority has considered and rejected introducing such thresholds, but will instead consider introducing a power to “call in” mergers that were not otherwise notifiable, modelled upon a system already in place in Sweden.

As the March 2019 deadline for the UK’s exit from the European Union draws closer, we can expect to gain more clarity as to the future relationship between UK and EU merger control during 2018. Currently, if a merger is notifiable at EU level, then the UK’s CMA does not have primary jurisdiction to review that merger. However, post-Brexit, the UK merger control regime will sit outside the EU regime, and there is the potential that many significant mergers will need to be reviewed by both the Commission and the CMA.

A number of questions remain as to how UK merger control will operate after March 2019. While these may not be fully answered by then, these questions include whether notification will be mandatory or (as currently) voluntary, what the thresholds for the CMA to have jurisdiction over a merger will be and how the CMA will approach and prioritise cases. Until these issues are resolved, we would expect to see a transitional regime in place. There will also be numerous other transition issues that will need to be ironed out particularly on jurisdiction through clarification and guidance from both the Commission and the CMA. We anticipate more clarity on the post-Brexit UK merger control regime to emerge in the coming months.