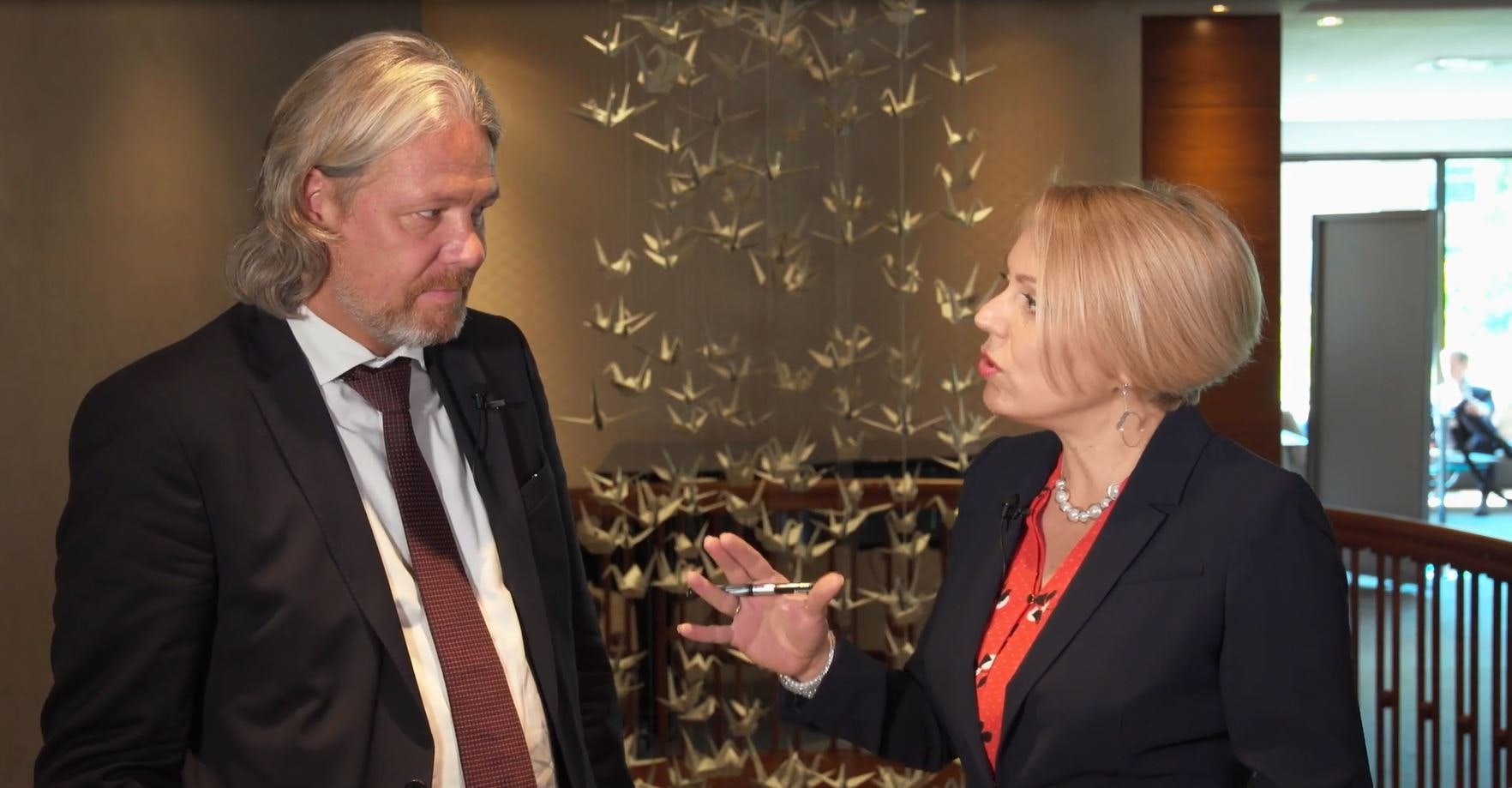 Andree Stracke is the Chief Commercial Officer of Origination & Gas Supply at RWE, a German electric utility company. Sasha Twining caught up with him at Flame to discuss gas’s role in power markets, the impact of Germany’s coal phase-out and the increasing penetration of renewables.

"We need to be able to balance the grid with gas-fired power generation... the question is how to create an attractive environment for producers to invest in these plants."

Q: How do you think the European power market is evolving?

Stracke: A significant change we see these days comes as a result of very high carbon pricing of around 26 or 27 Euros per tonne. It’s a change that really affects how power is produced. At the same time we see a lot of renewable energy being produced – in Germany last year we were at 35% renewables in the generation mix. That’s a significant number.

The capacity being installed is also significant, and it’s just a start. We would go much further, and with the existing CO2 prices we see a big shift in the power production towards lower carbon fuels – and this mainly means gas.

Q: Do you think the gas industry is doing enough (and doing it quickly enough) to decarbonise?

Stracke: The gas industry is more than just the power sector, it’s retail and industry as well. The numbers shown in my presentation indicate that the industry is pretty stable – and we predict that it will stay stable – but on the retail side, not a lot has happened over the last few years.

But we do see a significant trend towards electrification in transport, and households as well. The biggest driver in households is heat pumps, which are replacing oil as well as gas heating systems.

Q: Take the example of Germany, which wants to phase out coal by 2038. Some environmental groups say that is not quick enough. But if we accept 2038 as the phase out date, is the gas industry placed well to step in, and is it doing the right things?

Stracke: 2028 is the final date when the last coal plant should go out. But the truth is that RWE reached an arrangement with the government years before to close down the last lignite plants – to bring them into a cold reserve, and then to phase them out entirely.

The decision to phase out by 2038 is a compromise: it isn’t set in stone yet because there is no contract around it. This recommendation will involve much quicker steps over the first few years, with the government expecting early closure of significant numbers of lignite and hard coal-fired power plants.

Because the transition will happen very quickly and we are phasing out nuclear at the same time, we need many more renewables to step in to replace coal and nuclear.

But we need to be able to balance the grid in periods during which there is very little renewable power generation, for instance in January. In Germany we call these periods Dunkleflaute, which means that it is dark and there is no wind.

During these periods we need to be able to balance the grid with gas-fired power generation. Already we have demothballed one of our gas-fired power plants to match this demand, but there is a point at which new investment will be necessary to meet peak demand on the power side with gas peakers.

The question is, then, how to create an attractive environment for producers to invest in these plants. We have seen this kind of environment in the UK and in France with capacity markets. There is no capacity market in Germany or in many other European countries, and that’s actually the next challenge – how to deliver the next investments in order to capture conventional peaks.

Stracke: And what’s the payback, what kind of technology do you use? If you use open turbines on the gas side (which are the fuel turbines you use in airplanes), they might not be the most efficient option but they may have the quickest payback. I’m not sure that’s in the interest of the politicians as well, though. So the question is how to find a solution to capture the demand peaks of the future when no renewable energy is available.

Q: Do you think the gas industry is dynamic enough to be able to work their way through that? Not only maintaining the balance with intermittent generation, but being acceptable to politicians and the public as well?

Stracke: As I said earlier in my speech, coal, oil and gas are all hydrocarbons. So the question is what is really accepted? In Paris, COP21 put all these three hydrocarbons in one bucket. I personally believe gas is cleaner and should at least be a transition fuel, together with renewables, but that takes real efforts.

I am an economist – I believe in markets. And in markets, prices should set the tone. But the problem is, if prices are that steep, that peaks will be priced very, very high. Politicians have a tendency to cap prices in order to protect customers. But if politicians or regulators cap pricing then we will see a situation where no one will invest.

There is also a certain lead time needed to have investments into new plants. To overcome this gap in timing in order to invest in new structures, maybe a capacity market is the right solution.

Q: Well, it will be interesting to see how things pan out over the coming months and years. Did you say it was 12 years you’ve been coming to Flame?

Stracke: At least, at least. I’ve been in the industry 25 years, so there has been significant change.

Q: Tell me the one thing you never thought 25 years ago you’d be standing here talking about today.

Stracke: I seriously thought 20 years ago when liberalisation started that it would be quicker. Of course, there’s a certain resistance at some point in time. The markets in North West Europe are very liquid, everything is priced, all the customers take hub prices for granted.

But East and South Eastern Europe are still not there. And I’m disappointed that it takes so long to have one European Union and one common market with the same rules everywhere. We are not there yet – obviously we have a few more years to go, and if we are here in ten years let’s see if then the market is one big European market.

Q: Who needs the biggest nudge then? Is it the policy makers?

Stracke: It is policy makers who will have to apply the same rules to everyone. There are certain instances where people try to protect their markets and not open them up as much as they should – as much as they are in North West Europe.