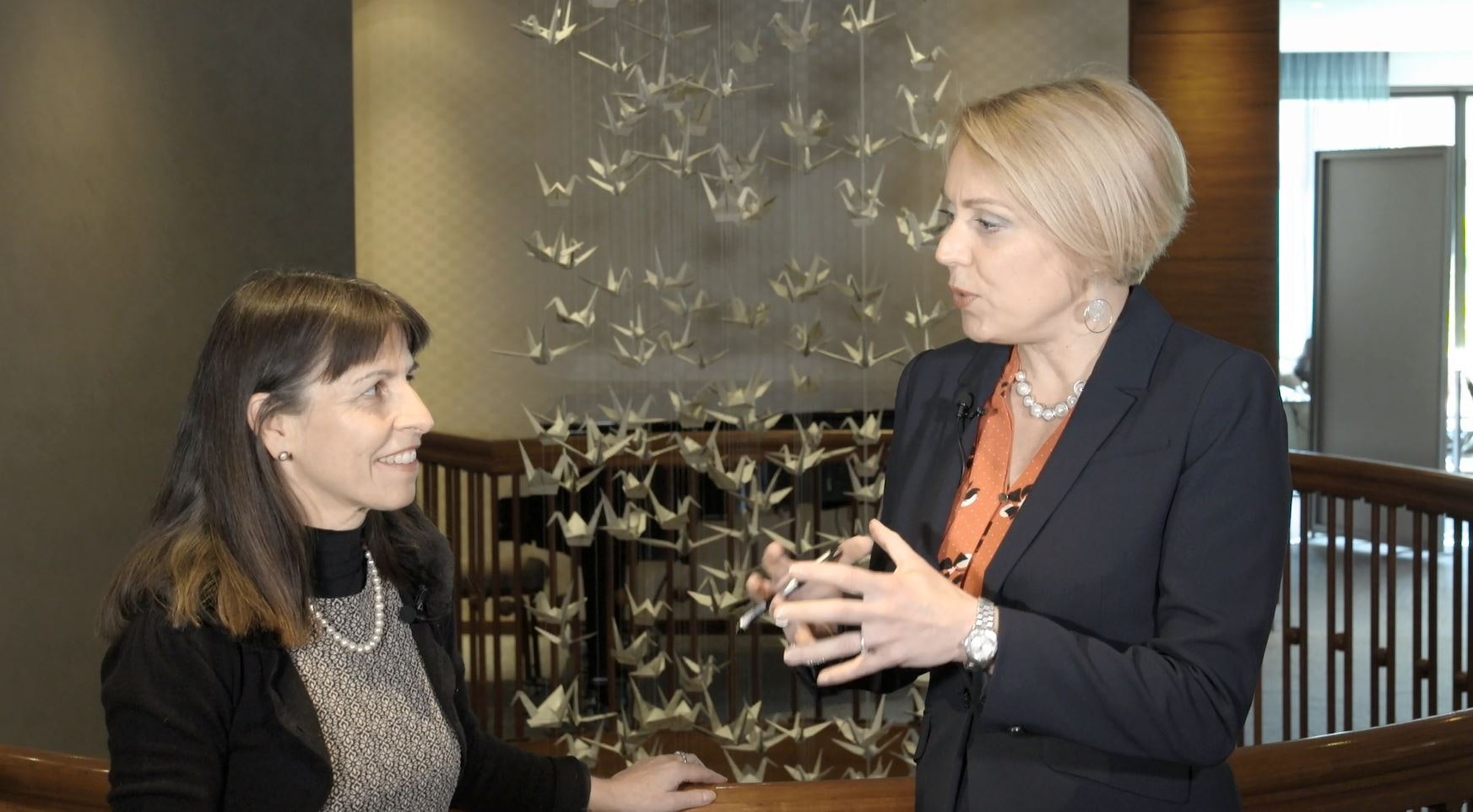 Eva Hennig is Head of Department for EU Energy Policy at Thüga, a coalition of German utility companies. In our interview with her at the Flame conference, we discussed how the gas sector stands to gain from Germany’s coal exit, and what can be done to develop the role of biomethane and other low carbon gaseous energy carriers.

Q: Thüga is the largest alliance of municipal energy providers in Germany – is that right?

Hennig: Yes, it’s the largest alliance of utility companies. The minority of them are actually owned by Thüga, and the majority are owned by the cities. They all do gas, electricity, district heating, water, wastewater, so they are fairly typical local utility companies.

Q: Tell me about the gas market in Germany and how it is evolving at the moment.

Hennig: Well the gas market is very large. 50% of customers are connected to the gas grid for heating, and of course we deliver a lot of gas to industrial consumers. It’s a bit different in Germany compared to other countries because most of the large industrial consumers are also connected to the Distribution System Operators (DSOs) and not to the Transmission System Operators (TSOs), as in other European countries.

Of course we also have a very strong, evolving compressed natural gas (CNG) market. We have cars fuelled by natural gas, and we have about 900 CNG stations, which is a business that has been running for some time.

We also have a very mature biomethane economy. We have 10,000 biogas plants, of which more than 300 inject biomethane into the grid.

Q: Germany wants to exit the coal market by about 2038 – that’s the absolute final date, so obviously it’s hoped that it will be before then. Do you think that will be the case?

Hennig: Given how the rules are being discussed now, we will see how the whole setting will evolve over the next few years. Of course it is important for the gas industry how electricity will be produced.

In the south [where there is less renewable generation capacity] we have to make sure that we also produce electricity, and that electricity has to be transported from the north to the south.

Q: Do you think the market and the gas industry is set up to take advantage of the coal exit, and to do so in a way that is acceptable to consumers?

Hennig: I think so, yes. In the Thüga group, we don’t have only power production plants – we do CHP, so we produce electricity as well as heat, and most of those plants are of course running on gas. We also have some coal plants. But we have already started with the transition. Most of the companies who are still operating coal CHP plants are discussing how to move ahead into the future.

Q: You mentioned the number of biogas plants that you have in Germany. Do you think that the gas industry as a whole is doing enough to decarbonise, and is it doing it quickly enough?

Hennig: I think that the gas industry in Germany started to discuss decarbonisation quite early. For example we connected our first biomethane plant in 1988. So one of the very first ones was in Germany. We also had the first power-to-gas plants injecting hydrogen in 2013. So there are many people around who have been discussing how to decarbonise the gas sector.

But we had to dismantle our power-to-gas plant because we were not able to make money with it. At the moment you lose money with every kilowatt hour of hydrogen you produce – so first the rules need to change. We need to have a market for renewable gasses.

For example, if you consume renewable gasses in your heating system, that doesn’t make any difference in the energy efficiency calculations – so there is no incentive for regular customers to buy biomethane, and this is why the market at the moment is in a waiting phase.

Q: So as far as you’re concerned there needs to be a policy change?

Hennig: Yes. We need to have a policy change to really give green or renewable gasses a chance to get picked up by industry and also by normal residential consumers.

Q: And I guess by investors as well?

These biogas plants now seek a future, and we are discussing how we can connect them to the grid more easily, and find a way for them to keep on producing. Because it would be a pity if they closed. They are already there, and they have the feedstock, and this is why we would like to have them injecting into the grid.

Q: Some critics might say that it is almost as if the gas industry has missed the boat. Many people will feel that it is more acceptable to go only for solar and for wind, and to focus policies on those forms of energy.

Historically we always considered the gas industry to be low carbon, because when compared to oil natural gas already performed a lot better in terms of emissions. We invested a lot to connect customers and cities and the region as a whole to the gas grid.

But when we started the decarbonisation discussion, unfortunately the political situation was that everyone wanted to just have electricity. Everyone was debating about a 100% electricity world, forgetting that sometimes you don’t have the sun or the wind available. You also especially have to factor in the swings in consumption and supply across the seasons.

I think now we are coming back to a much better discussion, where we are focusing on the numbers. People now are concentrating more on using the existing infrastructure, instead of hoping for future investments and future infrastructure.