#FuseFactFriday: Be Relentless With Details. 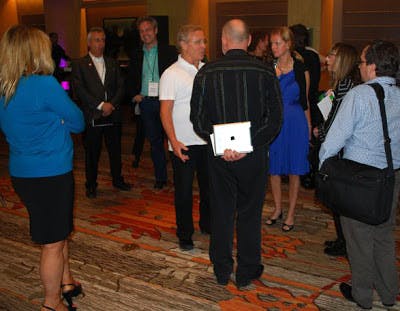 Here at the Next Big Design blog, we're already looking forward to April
when we will once again be heading to the FUSE conference. From now
until April 18th, we're bringing back our popular feature from 2011:
#FUSEFactFriday

FUSE Fact Friday will highlight some of the key takeaways from the 2011
conference, including inspirational quotes, main themes and more. Each
week, we'll dive in to our 2011 executive summary and remember some of
our favorite presentations and moments from last year. Today's FFF Fact
is:

"be relentless with details."

Last year at Fuse, keynote Ian Schrager spoke about why brand and design are so critical for the future of the hospitality industry. Schrager has been a trailblazer in the boutique-hotel movement, offering unique, well-designed experiences rather than just a place to sleep. In this 2001 feature for The New York Times, Schrager was quoted as saying, ''I don't sell sleep, I sell magic.''

Amongst all of his stories of creatively reinventing the hotel business, perhaps one of the best anecdotes of his session at Fuse came from a story about creating his very first hotel, Morgans on Madison and 38th Street in New York. Schrager said "every detail is a matter of life and death for me, because I never know which one is going to matter." In this case, when faced with a bus stop located in front of Morgans that lead to crowds in front of the doors, he relentlessly chased down the city until he was able to get the location altered. Even a detail as small as crowding in front of the doors, or a yellow line on the curb, could lead to a less well designed experience for visitors to the hotel.

To find out more about this year's FUSE, coming up in Chicago on April 18-20, and the stories you can hear there visit the webpage. Plus, join us on Twitter, Facebook or LinkedIn to begin networking with the FUSE community now.