How oligonucleotide, peptide, CRISPR and mRNA companies are using collaboration to move forward 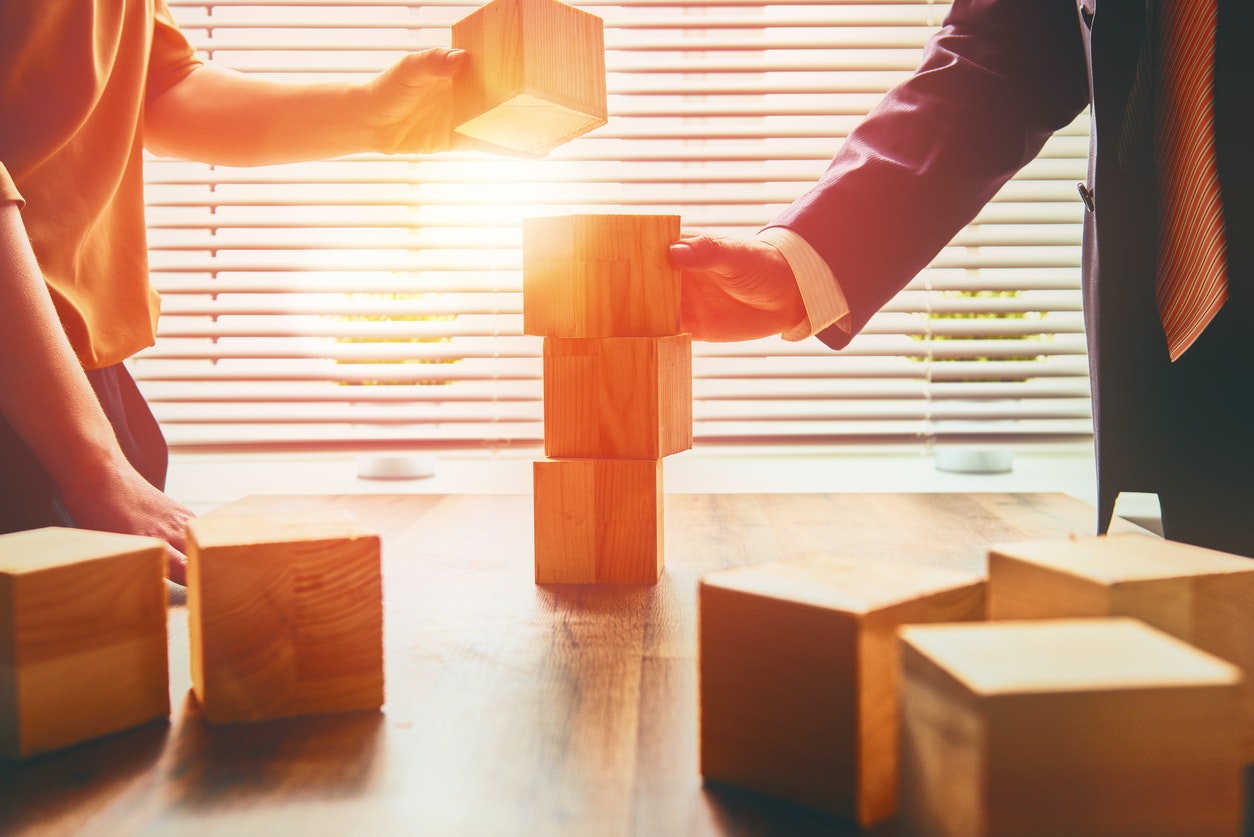 In June 2019, we conducted a survey of oligonucleotide, peptide, CRISPR and mRNA therapeutics professionals from around the world. The survey was designed to explore the current culture within this emerging sector across discovery, R&D and delivery. It received responses from 124 professionals from across pharmaceutical and biotech (58%), CROs and CDMOs (15%), academia (10%), service providers (11%) and other areas (6%).

Oligonucleotide, peptide, CRISPR and mRNA therapeutics are still fresh at the beginning of their journey, collaboration between organizations has frequently been advocated as essential for successful development of life-saving medicines. So, are organizations embracing the power of sharing or is the heat of competition creating a barrier? We took a closer look at our survey data to find out how companies, large and small, are using collaboration throughout their supply chains.

We asked our survey respondents what types of contracts or collaboration their companies had. Looking at the results, research collaborations with academic labs showed to be the most common at 65%. 54% of respondents said their companies were collaborating globally with Big Pharma. There is sadly no further information on the nature of this collaboration, yet one can not ignore the potential benefit of working internationally with larger pharmaceutical companies for commercializing new therapies in this relatively young industry.

48% of respondents said their companies were collaborating in research with smaller suppliers of biotech and software platforms. This is a good indicator that companies are increasingly optimizing their in-house research and development processes with external solutions. 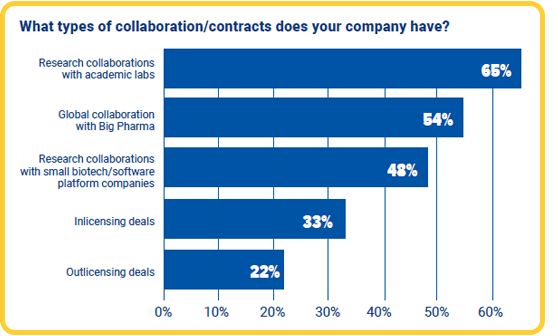 Translational research is a popular catalyst to get a new therapeutic product from bench to bedside, yet it requires intensive collaboration across multiple disciplines.

More respondents said that their companies were conducting translational research in-house than those who were doing so via CROs or academic research labs. Curiously, only 41% of respondents said their companies were conducting their translational research by partnering with academic labs, who are also key players in carrying out this process. 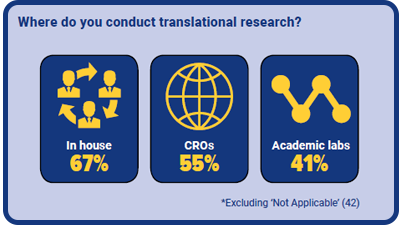 The reasons for this may be operational or financial. Academic labs may be more knowledgeable in specialized areas, whereas CROs, who manage the process as a service, may be seen as more efficient and with better funded resources.

With high costs attached to outsourcing translational research, it is no surprise that more (and possibly smaller) companies are performing either elements of it or the entire process with their own resources back at base.

The prevalent culture of out-licensing

More than a quarter said their companies out-licensed after completing their clinical PoC, but only 7% have waited until during or after the final review and approval process. The question here is whether companies have had sufficient budget to get this far, or had the means to see their projects through to the end. It can be argued that some companies may already plan to outlicense their projects from the beginning, yet are holding until the most valuable moment in their project development. 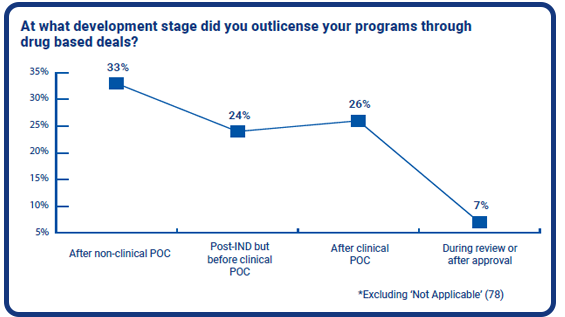 It is important to note that these findings only account to only 37% of the survey’s respondents. 67% had selected ‘Not Applicable’, meaning that their companies are either yet to out-license their programs or have no plan or requirement to do so. 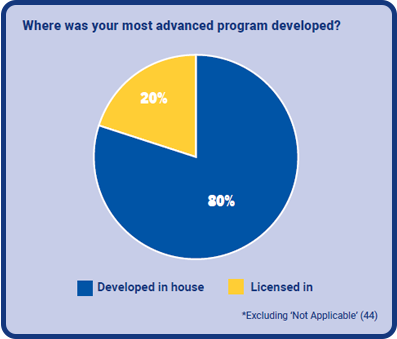 A good takeaway is that 80% of (applicable) respondents said their most advanced programs were developed in-house. This is good evidence that most organizations are advancing with their own discoveries. The remaining 20% had acquired their most key program on licence from another organization.

Considering the aforementioned rise in in-licensing deals, it looks probable that more companies are acquiring new programs in a bid to expand. As the industry progresses, it will be interesting to see how these figures move over the next year.