Innovation is conversation, do you know the language? 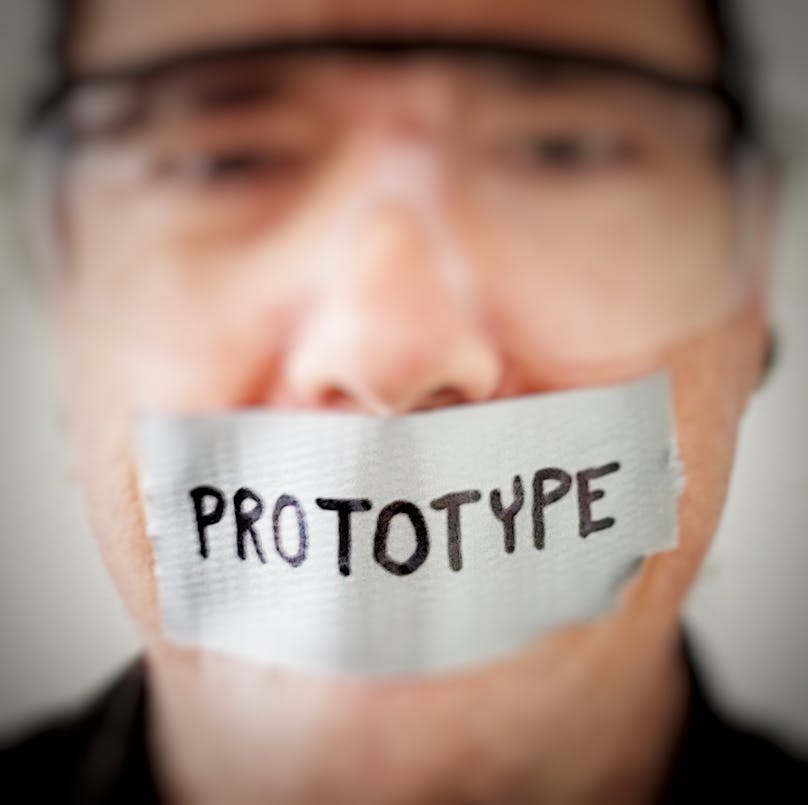 “All models are wrong, just some are useful” - George E.P. Box

When people talk about prototypes, they typically think about models in the physical sense. To many, say "prototype" and people's minds go to 3D printing.

But at their core, prototypes are more than physical models. They're part of the vocabulary of innovation, a key aspect of the Innovation conversation. Innovation moves forward at the speed at which new ideas and their acceptance get communicated effectively.

When we look at prototypes in this manner, they are so much more than 3D printed objects. They are sketches, movements, words, sounds, smells and textures.

They are designed experiences.

If you want to move your innovation process forward, you need to work on prototype communication.

We've often heard the phrase "fail fast", or "fail forward", but prototyping isn't just about failure. It's communication. Prototypes are about learning and sharing those learnings in a concrete and experiential fashion.

So how do we move the innovation conversation forward?

While design is not an easy process, there are ways to keep it moving.

If something is unknown but can be found out quickly, easily or inexpensively, do it and move forward. Find the low hanging fruit and share it! And, don't just share it, let people experience and learn from the process.

The trap is to stay away from words being the sole carrier of all information.

Too many innovation projects get tabled before they are given their due because of unsuccessful verbal prototyping. Every time we talk about something we have mental models of what we are communicating. People hearing what we say build their own mental models. Hopefully their model equals ours. More often than not, it doesn't.

If we want Innovation efforts to move forward it's essential that prototypes be a part of it. What makes prototypical models even more impactful than verbal models is that they become part of the collective innovation memory, so to speak. They become part of the communal knowledge of what was learned, what worked and what didn't. People will often revisit a project, or start a new project based upon a prototype that was experienced sometime earlier.

Prototypes are not about failure. They're not tests. Even though prototypes are used to test various ideas, that is not where their strength lies. If we view them only in terms of a test, a failure of that test very often could end the project. But that's not the point. They are models and all models are wrong, remember?

It's about experience, and embedding that experience in a shared innovation continuum of knowledge.

In fact, it it is not unusual for a project to be repurposed based upon a 'failed' prototype (Remember Post-it Notes?). The very fact that a project is being done is proof that a prototype was, in fact, not a failure. The innovation pipeline is alive and well because of the collective knowledge that has been imbued into it through prototypes of all sorts.

However, there is a downside. Once a prototype becomes part of the collective memory, it can also elicit negative feelings that may, or may not be warranted. Someone may experience a prototype and say, "This reminds me a lot of that XYZ project from 5 years ago." That may indeed be a valid comment. Those feelings that are resurrected along with that recollection are also quite valid, and in fact should be listened to. But they shouldn't be relied upon exclusively.

Innovative products and services aren't just about technology. They are sensitive to the context into which they are developed and launched. A product that was explored 5 years ago and not deemed feasible and/or profitable, may be both now. Perspectives and perceptions change overtime. In fact, now may be the better time to revisit a product that is similar to something tried sometime earlier.

But, without prototypes, that type of in-depth conversation won't even occur, and if it does it will not be as well-informed as if the language of prototypes is used. Innovation is an ongoing conversation in a company. Successful launches flow out of a healthy innovation process in which prototypical models communicate experiences and imbue the corporate collective memory with the pulse of new product explorations and launches. From this river of concepts, ideas collide and whirl in a dynamic dance, giving birth to new concepts and new and exciting business opportunities.

About the Author: Michael Plishka is the President of ZenstormingTM an Innovation and Design Consultancy. Drop him a line at Michael@zenstorming.com