Underwriting Swaps: Should You Insure Derivatives? 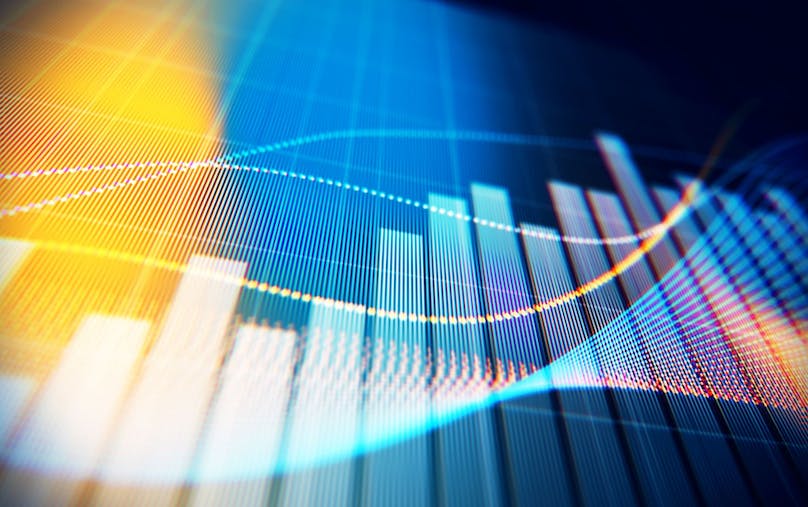 It is well accepted that insurers prefer underwriting risks where it is possible to calculate Probability of Default (PD) and Loss Given Default (LGD) at high confidence levels.

In this context, it is also perhaps understandable that they are more comfortable taking credit risks, and prefer to avoid market risks. This is not just true of insurers alone. As far as market risk goes, all of us defer to market analysts - experts at explaining why the things they predicted yesterday never happened!

I would, however, still like to argue that understanding market risk is much easier than understanding risk of damage to body parts (See: Lloyd's Going Out on a Limb) but let’s leave that discussion for now.

In this article, I begin with a brief introduction about swaps, and go on to present a premise that (i) market risk can be used to one’s advantage to mitigate and manage the overall risk being taken on a swap transaction, and (ii) insuring swaps at the right price levels can be a win-win proposition for both insurers and banks.

Derivatives are financial contracts with payoffs linked to underlying instruments. Swap is the simplest derivative contract between two parties, which exchange cash flows or liabilities from two different financial instruments. A swap has two legs – cash flows for one of the legs are generally fixed, and for the other are usually variable and affected by fluctuations in reference values (such as interest rates, foreign exchange rates, credit spreads, price of commodity or other instruments, etc.).

(i) They can be used as a hedge. For example:

Commodity Swap (CS): a commodity producer can enter into a CS to ensure that it gets a floor price for the commodities that it sells
Interest Rate Swap (IRS): a floating rate loan borrower can enter into an IRS to convert its variable interest rare obligations into a fixed cost.

Cross Currency Swap (CCS): an Asian exporter, who is getting paid in USD, can enter into a CCS to convert USD into local currency, so that its revenues are in the same currency as its costs

(ii) They can be used by speculators to place bets about the direction of movement of the variable leg cashflows.

Mark To Market (MTM) is a measure of the value of a contract at any point in time. Expected Exposure (EE) is the average, at each time point, of all the probable scenarios of exposure, where the bank is in the money. Potential Future Exposure (PFE), at each time point, is the 97.5th/95th/ any other percentile exposure, of all the probable scenarios of exposure. For example, if it is the 95th percentile, it means that we can be 95% confident that our Credit Exposure to the counterparty will be within the PFE number.

Insured risk: When insuring a loan obligation, the insured risk is non-payment of principal by the borrower. In a swap, the Early Termination Amount (ETA) payable by the obligor is covered. If an Event of Default (EoD) occurs under the swap (for eg. due to failure of one party to pay or deliver), the non-defaulting party can send a notice of default specifying the Early Termination Date and the ETA. ETA is sum of Close-out Amount and net of Unpaid Amounts owed. Close-out Amount is the amount of losses or costs of the non-defaulting party that are or would be incurred or gains that are or would be realised, in closing out the swap in the market. Close-out Amount can be calculated using external quotations, or relevant market data information. Quantum of a claim is the market risk, but the trigger is credit risk - there would only be a claim if the swap counterparty was unable to pay the Close-out Amount

Insured amount: When insuring a loan obligation, insurers’ Maximum Aggregate Limit of Liability (MALL) is a percentage of the facility amount. In case of a swap, insurers can insure a percentage of the EE, PFE or nominal amount of the swap. Some banks mark counterparty limits on swap positions based on PFE and some others do it based on EE. Both are ‘conservative’ methodologies, since when two informed counterparties enter into a swap, market value of the swap, i.e. the MTM, is close to zero. There is no doubt that the market value can change significantly and the actual exposure to a counterparty may be significantly higher. However, insurer’s liability will be capped and if the swap is right way risk, that itself will act as a strong mitigating factor to adverse increases in market risk

o Increasing the overall exposure to a counterparty

o Reducing the Credit Valuation Adjustment (CVA) (CVA is the cost of hedging the credit risk), and hence lowering the amount of regulatory capital required

From an insurer’s perspective, if (i) the swap is for hedging purposes (not speculative), (ii) insurer’s liability is capped at a number which is an acceptable percentage of the PFE or EE, (iii) indemnity under the insurance policy ensures that the insured entity has at least some ‘skin in the game’ in case of default scenarios, and (iv) the risk is right way – so lower PD and potentially lower LGD (in case of secured transactions), insuring a swap can potentially provide a better risk-return payoff (Returns on RWA) to insurers.

RWA is a function of Exposure At Default (EAD), PD, LGD and MTM (this is relevant for swaps). Since insurers’ liabilities are capped even though bank’s Credit Exposure doesn’t have an upper limit, swap RWA for insurers, at any point in time, will be equal to or lower than the RWA for same amount line on a loan.

Though the arguments to insure swaps are compelling, there are a few challenges that need to be addressed:

Insuring swaps could be beneficial for both insurers and banks, and it is worth investing time and effort to get it right. With a disciplined risk selection approach and an appropriate pricing methodology, insurers can achieve higher returns on RWA, and a new avenue will open up for banks to hedge their ever-increasing derivatives portfolios.

Ashish will be speaking on the topic at ExCred Singapore on July 02. Book now for the early bird discount.