Live From FUSE 2013 Tiffany Shlain: Collaboration in the Cloud 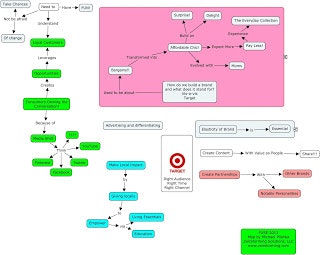 Tiffany Shlain, filmmaker and founder of The Webby Awards, is the type to dive right in when it comes to the use of new technology. While many people, especially filmmakers, shy away from foreign mediums or technologies, Tiffany grabs at any opportunity to make new contributions to her filmmaking process, keeping in mind, 'If not now, when'?

An affinity for collaboration started at a young age and from the start of the web, Tiffany was fascinated by connecting with other people around the world through the internet. It was only a matter of time until these two ideas would come together to form cloudsourcing. Cloud filmmaking came to be when Tiffany began cloudsourcing by asking people over the web to contribute their own visual media towards her films. For the first film, people from all around the world answered by sending their own videos and artwork resulting in a four minute film that was voluntarily translated into 65 different languages, all done over the internet. The cost and ease of cloud collaboration has allowed her to begin the production of a fourth film in less than two years. The films collectively show the immense power of connecting with people through the internet.

Our co-evolution with this ever connecting internet is changing the way we think as well as creating one collective mind. Comparing this new collective mind to the brain of a child, Tiffany explains the importance of the content we are creating and the connections we are making on the internet as they are shaping and molding this newborn mind. Her latest cloud film, Brain Power, explores the parallels between the child and global brain while offering a few insights on structuring both minds.

Quoting Tiffany Shlain's own interpretation Abraham Maslow's Law of the Instrument, 'If all you have is a camera, everyone has a story to tell.'