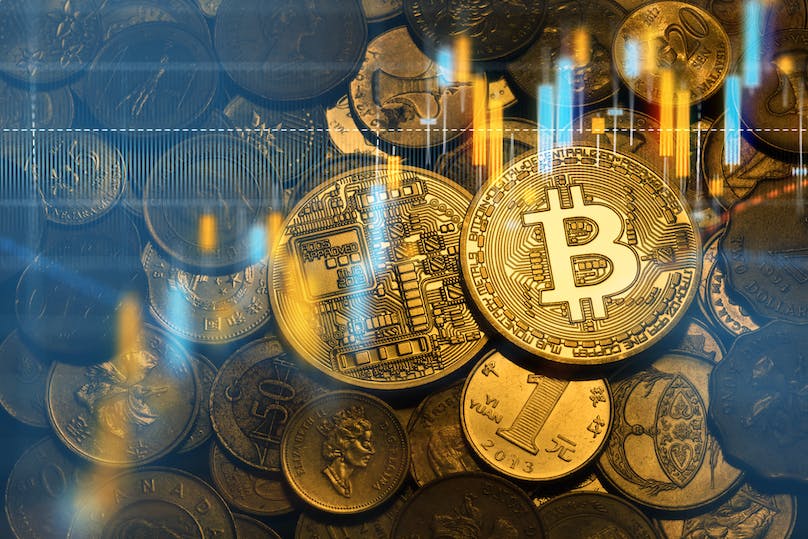 New on the block, cryptocurrency trading is still going strong after the dip in 2018. But how can financial institutions expect the unexpected in this very new form of trading? Patrick Tan, General Partner at Compton Hughes, outlines the nature of cryptocurrency trading and identifies the challenges of quantitative modelling.

As traders filed into the offices of Long Term Capital Management (LTCM) on the morning of August 17, 1998, the mood at the Greenwich, Connecticut-based hedge fund was one of disbelief. Staring slack-jawed and glassy-eyed at their screens, traders were stunned that the statistically impossible had become the reality they were now living through.

During the summer of 1998 and in the aftermath of the Southeast Asian Financial Crisis a year earlier, scores of jittery investors were predicting greater market volatility.

However, the quants at LTCM thought differently. Based on their quantitative models, LTCM thought that volatility would actually decrease, so they piled up the options and sold them off cheap, calculating that the risk of the firm going bust was 1 in 1024 or virtually zero.

And with their Nobel Prize for economics adorning their mantles, LTCM’s founders’ Myron Scholes and Robert Merton, seemed to embody a new age where intellect had triumphed over intuition, rocket science over risk-taking. Equipped with their fabled black box, the partners at LTCM seemed poised to make money beyond the dreams of avarice.

But then, in the summer of 1998, when every self-respecting hedge fund manager ought to have been in their summer home in the Hamptons, something happened that threatened to blow the very lid off LTCM’s black box.

Reality it seems, started to deviate from the quantitative models so prized by LTCM.

In evolution, big extinctions tend to be caused by large events. And like the dinosaurs that were wiped out by an asteroid (allegedly), on August 17, 1998, a giant asteroid struck planet finance. And as often seems to be the case, this time the asteroid struck on the other side of the world, in a particularly flaky emerging market.

Weakened by political upheaval, a botched privatisation and declining oil revenues, the ailing Russian financial system finally collapsed. A desperate Russian government was driven to default on its sovereign debt, which fueled the fires of volatility throughout global financial markets.

Stock markets were in freefall.

Remember those low-cost options that LTCM had sold based on their prediction of low stock market volatility? The ones they thought no one would ever exercise? Now customers who had bought those options did.

The quants at LTCM had predicted that LTCM was never likely to ever lose more than US$35 million in a single day. On Friday, August 21, 1998, they lost US$550 million – a staggering 15% of their entire capital –something which according to LTCM’s internal risk models, was next to impossible.

But what had happened that had flummoxed the brains trust at LTCM? How had such elegant quantitative models gotten things so wrong?

For one thing, we don’t live on the clearly logical planet finance. We live on planet earth, with its idiosyncrasies and its penchant for emotional decision-making and stampede behavior. There is no clearly or self-evident rational behavior in markets and consumers do not always maximise their utility.

To put it bluntly, Merton and Scholes may have known plenty of mathematics, but not enough history. They perfectly grasped the beautiful theory of the financial world, but not the messy world we actually live in.

The dearth of data

Which is why it’s so difficult to apply purely quantitative models to cryptocurrency trading as well. For starters, there’s the lack of data.

To be sure, cryptocurrency trading has existed on an exchange, arguably as far back as 2010, barely 2 years after the Bitcoin whitepaper was first set down. But the quality and breadth of trading data is circumspect at best.

And even when it comes to so-called altcoins – other cryptocurrencies working off say the Ethereum or Bitcoin protocol, or even protocols themselves – the trading data is even more sparse, with many only having commenced trading from 2017 onwards, or just slightly under 2 years’ worth of data.

This dearth of data can throw quantitative models adapted from the financial markets completely out of whack when it comes to cryptocurrency trading and poses unique challenges, in particular when it comes to computerising trading strategies.

No quality even in a lack of quantity

Then there’s the quality of the data that’s fed into quantitative models.

A recent study by Bitwise suggests that as much as 95% of cryptocurrency trading is fake – or generated by self-serving automated market-making bots, which create the illusion of volume on cryptocurrency exchanges.

The practice, referred to as “wash trading” in traditional financial markets, is not new to the cryptosphere, nor is it likely to go away any time soon. But beyond creating the false impression of large volumes of trading, such trading data, when fed blindly into quantitative models have the propensity to skew results and forward projections. For instance, to the uninitiated, a fake order book may suggest liquidity for a particular cryptocurrency, where none may exist, leading to false positives when making buying and selling decisions.

Then there’s the issue of self-trading market-making bots that are particularly prevalent on unregulated cryptocurrency exchanges. Depending on the level of sophistication of many of these market-making bots, many tend to follow preset trading patterns, which once again, poses significant challenges when attempting to model market behavior and when fed into existing quantitative trading models, distorts results.

But the net result of the lack of data and the poor quality of that data has led to the counter-intuitive and seemingly contradictory situation where cryptocurrency markets are predictable to some degree.

And while some may see the predictability of cryptocurrency trading as a flaw, astute traders will recognise the inefficiencies inherent in cryptocurrency markets as a feature.

Because the degree of market inefficiency often determines the effort investors are willing to expend to gather and trade on information, the gross inefficiency, manipulability and in some cases, unreliability of cryptocurrency markets means that opportunities for alpha, exist in abundance to the industrious investor.

Furthermore, these opportunities for alpha, which can be viewed as an economic rent to those willing to engage in such activities, tend to persist in cryptocurrency markets far longer than they would in the financial markets.

And because there is a tendency of markets to track according to preset trading patterns, these patterns are relatively easy to model as well as to cater for, with several caveats. First, it is important that traders modelling for cryptocurrency markets ensure that the data that they are drawing from reflects actual trading data and not data manufactured by non-market trading programs. The method to do so is not particularly challenging and ought to come especially easily to traders who have experienced employing market-making as well as statistical arbitrage strategies. Second, any form of modelling will not take into account external, or “fundamental” events – modelling is based strictly on price with regards to fiat currencies as well as other cryptocurrencies. This means that cryptocurrency traders need to account and cater for externalities such as hard forks in cryptocurrency protocols, hash wars and other “black swan”-type events in their risk models. And provided that traders have their finger on the pulse of cryptocurrency communities (a must when trading cryptocurrencies), such externalities ought not take traders by surprise. And finally, the timeframe in which such developed trading models are applied is very short at best.

Unlike any other asset, cryptocurrencies are unconstrained, which means that they can rise and fall suddenly for no apparent reason other than market sentiment or rumors from places as disparate as Slack, Telegram and Reddit channels. Traders need to be prepared for such occurrences. For cryptocurrencies, there are no “underlying fundamentals” to trade off and no quantitative model (for now) would be able to cater for such externalities. But given that current cryptocurrency trading volumes are relatively thin, volatility has more or less taken on predictable patterns. Extremely short time references provide the ideal compromise for modelling, yielding a large number of observations, while minimising the biases inherent in longer sampling periods.

Learn more about cryptocurrencies and modelling them at QuantMinds International from leading researchers on the subject including Helyette Geman from Birbeck, University of London & John Hopkins University, Anton Golub of Lykke Corp, and Carol Alexander from the University of Sussex.