Moment of truth: Term sheet negotiations reveal more than you might expect 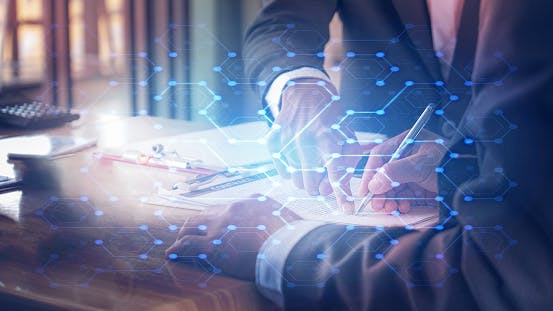 The thought of negotiating the terms and conditions for a partnership with a pharma company or other third party is often full of ambiguity or anxiety for biotech innovators and executives. But when approached with the right mindset, the process can provide critical insights while smoothing the way for contract negotiations down the road.

To learn more, we spoke with Lubor Gaal, Vice President and Head of Europe for the global life science transaction firm, Locust Walk. Gaal led a panel discussion on the topic at the BIO-Europe® 2019 meeting in Hamburg with experienced dealmakers who have negotiated many term sheets and will share their views on the dos and don’ts for success.

“It’s a moment of truth,” Gaal said. “Term sheet negotiations are critical, at this point companies need to put words and figures on paper and you can see what’s really on their mind.”

When asked about the challenges of this stage of negotiations, Gaal explained it is often the first time that parties share their views on the value of the asset or their vision for its development. When differences occur, they can lead to very different expectations on the financial terms and other conditions.

New biotech companies should align themselves with experienced negotiators and attorneys, since there are many pitfalls in term sheet negotiations and it is very difficult to impossible to correct them later during contract negotiations, Gaal said.

Of primary importance when discussing this topic is understanding the role of the term sheet in a given situation, Gaal said. Do both parties only need a very high-level draft, agreeing on financial terms and moving straight into contract negotiations, or is it an important tool for finding the right partner?

“In the latter case, the term sheet should be much more detailed and have all the key items essential for the licensor,” commented Gaal. “The licensor needs to specify all the items which could result in a deal breaker if not included in the transaction.” Ideally, this expectation would have been communicated earlier in the licensing process but at the latest at term sheet stage, he added. “This is very important for a licensor with several interested parties who needs to decide whom to take into contract negotiations,” Gaal noted.

Term sheets are evolving and are customized documents reflecting changes in the commercial environment as well as growing competitive pressure. In general, there is now a lot more ‘grey area’ for debate, since many biotechs want to stay in control of their assets while pharmas are looking to reduce uncertainty.

“It used to be a black and white game: pharma vs. biotech, but today the picture is much more colorful with many different players,” Gaal said.

Innovators now have many more options to partner with, not just big pharma but also big biotech companies. There are also specialty pharma companies backed by large private equity funds, regional pharma in Europe or Asia, and Chinese companies. Depending on what type of transaction or the region in which a company wants to partner, there are very different players to consider, observe and engage in discussions, and very different term sheets will apply, Gaal explained.

“A successful term sheet is a win-win situation for both parties,” he said. “But that is of course different in each case and for every company as it depends on what are the key objective(s): front-ended deal terms, collaboration, support, commitment to a broad development program, co-development or co-commercialization, etc.,” he said.

With the growing number of options typically involved in such negotiations, term sheets have become more complex and there is no ‘one-size-fits-all’ approach. Detailed deal structures and responsibilities are sometimes announced and can be read only if disclosed by the parties. But new trends are clearly emerging, Gaal said, and being familiar with them can help find the right focus for discussion.

For example, milestones are evolving and licensees or partners are rethinking the best points at which to offer remuneration. “In the past, the classic term sheet took a step-wise approach and every step had a milestone, but that is no longer the case,” he shared.

Instead, licensees or investors are looking at value creation, significant risk reduction, and how to reward or compensate such achievements. The key milestone for pharma companies used to be market approval, but there has been a shift where companies or licensees are now looking more at reimbursement as the critical event. Larger companies are willing to pay more for less risk.

"Payments at each step, the end of Phase 3, filing and regulatory approval are no longer standard,” Gaal said.

Another trend, particularly with well-funded US and European biotech companies, is for biotechs to retain certain commercialization rights in the US while seeking a partner for the rest of the world. This is especially true for rare disease drug programs or specialty indications, Gaal said. “Almost any licensing deal used to be global but now companies want to carve out regions, commonly their home turf but also China or Japan,” Gaal said.

Beyond being familiar with current trends, and a clear understanding of the current value (NPV) of the asset, good communication prior to starting term sheet discussion is key. Innovators should be transparent about what kind of partnership they are looking for and the licensee should have a good idea of what they expect. Avoid big surprises to the other side during term sheet negotiations, he emphasized.

Continue the conversation at  Biotech Showcase™,  the investor conference that drives the future of drug development, taking place January 13–15, 2020, in San Fransisco, California.