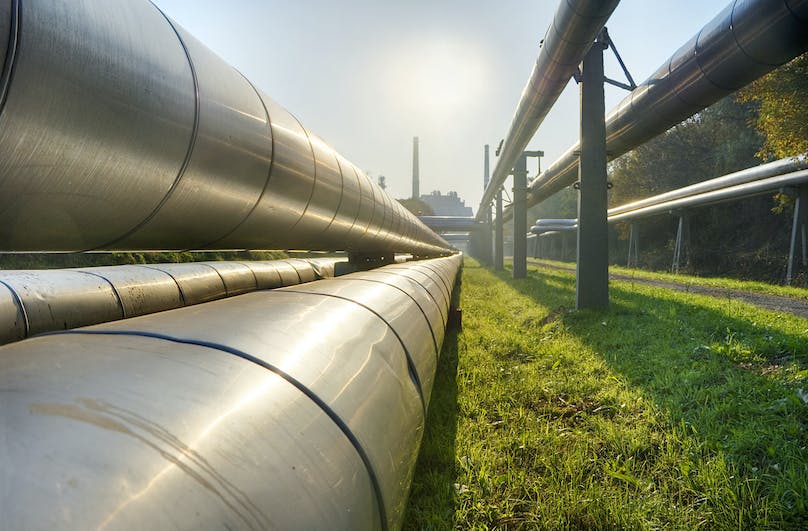 There are two opposing trends currently at work in the North West European gas market.

One is encapsulated by the ascent of the Dutch Title-Transfer Facility, which has since 2015 been Europe’s most liquid pricing benchmark.

Low LNG prices over the course of the year have driven traded volumes on TTF up by 42% in 2019 compared to the same period last year. Over the last three years, volumes on the ICE Endex, which facilitates TTF trading, increased 13-fold.

Interest in the benchmark has been gaining momentum globally, with buyers including CNOOC and CNPC exploring TTF price indexation options, and US suppliers gradually shifting away from Henry Hub.

More trading interest and more physical indexation creates a virtuous cycle, in which an increasingly liquid hub better reflects regional fundamentals and enables smoother risk transfer for market participants. The more LNG is traded on TTF, the more appealing it is for new players to enter the market.

The implication of the rise of TTF is that North West Europe (NWE), for a variety of reasons, is assuming a pivotal position in an increasingly globalised natural gas trade.

Consider Europe’s role in balancing gas supplies globally. Mature hubs, ample storage, and the option to meet domestic demand through indigenous production, pipeline imports or LNG have allowed buyers in Europe to profitably step-up or step-down their LNG purchases in response to the global availability of LNG.

When the market was flooded with additional cargoes in the first half of the year, Europe’s ability to flexibly increase its LNG purchases was amply demonstrated. European consumers benefited from low prices, while suppliers gained a market for their product and a floor beneath prices in Asia.

Europe’s gas hubs are complemented by liquid markets for hard coal, lignite, carbon and power, all of which facilitate power sector fuel switching when the right price points are reached.

But that element of flexibility is beginning to erode as natural gas starts to win the fuel switching battle. 45 Gigawatts of nuclear and coal-fired power generation in NWE are scheduled to be retired in the next five to six years, according to the IEA.

This brings us on to the second of the two trends mentioned at the outset: an ongoing shift in the way that North West Europe sources and uses its gas, which has broader consequences for the energy system as whole. The effects of this change were highlighted in the IEA’s Global Gas Security Review 2019, released last week.

The review argues that Europe’s increasing dependence on natural gas imports (which accounted for 54% of European gas supply in 2018), combined with growing reliance on natural gas to stabilise the power grid at higher penetrations of variable renewables, are undermining the flexibility of the gas system.

With the additional load devolving onto renewables – an inflexible resource – and natural gas, there are some causes for concern. If the power system leans on the gas system for flexibility, what happens when gas supplies are tight – particularly during periods when gas demand for other end-uses, such as heating, is high?

Traditionally, the answer to meeting high demand has been threefold: to swing domestic gas production towards the seasons in which consumption rises, to draw upon gas storage facilities, and to raise the level of imports. But each of these three flexibility mechanisms is proving increasingly problematic.

The first is the most incontrovertibly so. In 2008/2009, the seasonal production swing from the giant Grongingen gas field in the Netherlands was over 30 bcm. Ten years later this had been reduced to under 4 bcm, according to the IEA.

An added complication is the fact that the gas imported to replace supplies from Groningen is high-cal rather than low-cal gas, which means that it needs to be converted before it can be used in parts of the Dutch, Belgian, German and French gas networks.

At periods of peak demand, utilisation rates for the conversion facilities are very high – 93% over the last winter, according to a GTS figure reported by the IEA. The need for conversion makes accommodating changing gas flow patterns an even greater headache.

Storage is also problematic. Seasonal spreads on TTF, which are instrumental to profits from gas storage facilities, have more than halved since 2012. In the absence of clear economic incentives or a standardised regulatory framework, North West European storage capacity has spent the last few years in retreat (although there are some positive indications that a recovery may be on the cards).

Finally there is the option of increasing imports, which is challenging both in terms of exposure to higher prices, and in terms of the available pipeline capacity. During the last two heating seasons, there was practically no spare import capacity on the Norwegian and Russian pipelines directly serving North West Europe.

Of course, NWE can also rely indirectly on imports through Ukraine (itself a question mark, as Gazprom’s gas transit agreement has yet to be renewed), or on LNG. The continent’s ample, expanding and consistently underutilised regasification infrastructure could allow it to rely more heavily on this last option if the market demanded it.

However, the more NWE chooses to go down this route, the less it retains its ability to choose between different sources of supply. The outcome of overreliance on a single flexibility mechanism would be a reciprocal reduction in the flexibility Europe itself lends to global gas markets.

It is interesting to contrast the threats to flexibility in Europe with the efforts currently being made by the traditional Asian buyers, particularly Japan, to develop their own flexibility mechanisms. These include downstream infrastructural investments in emerging LNG markets in the region, building out reloading capabilities at home and partnering with buyers elsewhere in the world.

The goal for these players is to develop their role as secondary suppliers, offsetting their risk during periods of low domestic demand. This strategy has been enabled by the growth in destination free supply contracts, which accounted for 89% of newly contracted volumes in 2018.

The difference in psychology between the two regions is discernible. For the traditional buyers, who have historically suffered from very little flexibility, improving their options is about mitigating the effects of supply dependence.

For Europe, still growing accustomed to its increasing reliance on imports, the true value of the midstream infrastructure that supports a flexible gas system may not be so apparent. The inevitable politicisation of new gas infrastructure projects is also an important differentiator.

This may change over time as domestic gas production continues to decline, renewables continue their steady march forward, and gas and power system integration becomes a more widely accepted characteristic of the energy transition.