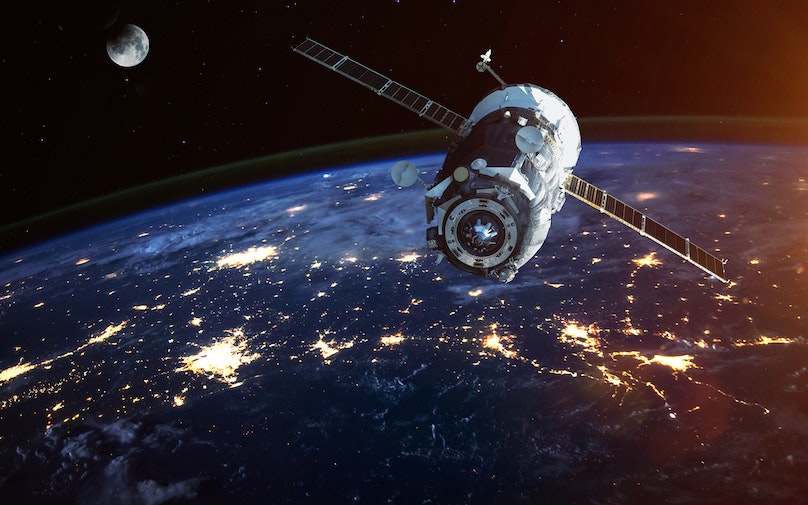 Lasse Rabenstein is the CEO of Drift & Noise Polar Services, a spin-off of the Alfred Wegener Institute for Polar and Marine Research (AWI). He gained his PhD studying Arctic sea-ice thickness in 2010.

Operating a vessel in ice-covered waters presents an array of challenges not faced by maritime professionals anywhere else on earth. Even if travelling the same route twice, mariners will have to contend with changes in sea ice thicknesses, unpredictable weather events, huge seasonal variations in temperature and the ever-present threat of iceberg collision, meaning that every voyage has its own unique set of risks.

But new developments in satellite technology and big data analysis are changing the way voyages are undertaken in the high northern latitudes. “We’re witnessing a paradigm shift in the availability of earth observation data,” Lasse Rabenstein of Drift & Noise Polar Services (DNPS) told KNect365 Maritime. “The times when an individual satellite image cost about $5000 are definitely over. Nowadays every stakeholder in the Arctic can use operational satellite data.”

Much of this data is freely provided by space agencies such as NASA, but the sector has also seen a boom in services provided by independent operators. “More and more private satellite operators are pushing into the market. Swarms of 200 or more optical satellites are now in orbit, and the radar satellite sector has started to show similar developments.”

What this abundance of earth observation data means for shipping is that potential threats can be anticipated and responded to well in advance. Satellite imagery contributes “significantly to the near-real-time location of larger icebergs,” Rabenstein explains. It also allows navigators to map a safer path through ice-covered waters, choosing routes with thinner ice coverage and calmer weather.

Making Sense of the Noise

Doing so requires using intelligent software applications to handle a vast array of data and process it into formats navigators are better able to interpret, including ocean forecasts, weather alerts and ice charts. One such application is the On-Site Sea Ice-Information platform, or OSSI, developed by DNPS. Making use of a multitude of data sources, OSSI “guarantees its users delivery of ice-information in near-real time, 7 days a week.”

OSSI is useful not only to ordinary shipping, but even to ice-breakers, who can “save considerable amounts of time and fuel when, based on our product, they choose an easy path through the ice as opposed to a straight path.” Another use Rabenstein sees potential for is in serving the expeditionary cruise market. There has been some concern in recent years about the challenges presented by the casualty of a passenger vessel in Arctic waters; but Rabenstein believes OSSI will reduce risks and allow expeditionary cruise operators to fulfil “their promise of an adventurous but safe journey.”

What underlies OSSI’s success in providing guidance to Arctic vessels are the powerful algorithms it uses to refine its data inputs. The task of these algorithms is to “combine different data streams and merge them into one product: for instance, combining model forecasts with high resolution optical and radar images, and measurements of physical quantities such as sea-ice concentration or sea-ice thickness.” As OSSI is an entirely automated system, the information it supplies to mariners is both up-to-date and free from human error.

OSSI and software applications like it represent an evolutionary leap for navigation at sea. But for Rabenstein, the task is only just beginning. “The long-term vision of DNPS is to push the maritime industry forward into the Shipping 4.0. Scenario,” he says. “DNPS wants to be the back-end behind future navigational and fleet-management systems.”

The Shipping 4.0 Scenario is the maritime dimension of the so-called ‘fourth industrial revolution’; the transformation of industry through the introduction of cutting edge digital technologies including artificial intelligence, autonomous vehicles, energy storage solutions and quantum computing.

Rabenstein identifies a number of ways the existing satellite and ice-navigation technologies could be upgraded to fit in with the Shipping 4.0 Scenario. Some of these are comparatively simple, such as improving data visualisation tools on-board vessels, or upgrading broadband satellite communication networks to ensure better connectivity in the Arctic Ocean.

Others are more challenging. “In the future,” Rabenstein predicts, “neural networks and pattern recognition algorithms will reach a state of advancement which allows not only data handling, but also data interpretation, to be automated.” In other words, as software applications like OSSI advance, they will increasingly be able to understand and respond to the various forms of navigational information currently explicable only to a vessel’s human operators. Though Rabenstein is understandably cautious on this point, it is nonetheless tempting to speculate whether today’s data handling systems may be only the first stage in the progression towards an autonomous future for shipping in the Arctic.

For the present however, challenges remain; and the risks to a vessel’s human operators are still very real. Though advancements in software and satellite technology make some threats easier to identify and avoid, others are more difficult to detect – and there are reasons to believe that they may be increasing in frequency.

We asked Rabenstein if he believes that a warming climate may exacerbate risks to shipping in the Arctic. “Absolutely,” was his response. “The increase in iceberg calving in Greenland is evident.” Most concerning for navigators is what are known as growlers; small, low-lying icebergs which barely break the water’s surface. “They cannot and will not be recognised easily,” Rabenstein warns. “Neither from space, nor from airplanes, nor from the bridge.”

Satellites and software have given mariners in the Arctic Ocean an unprecedented edge over the harsh environment in which they operate. Yet beneath its surface, the Arctic remains a mysterious and dangerous realm, demanding eternal vigilance from those intrepid enough to cross it.

If you'd like to find out more about satellite imagery, ice information and data handling software, you can hear Lasse Rabenstein speak at the Arctic Shipping Forum this April.