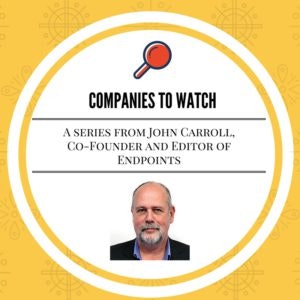 To get down to the bottom of what makes Second Genome tick, you have to start with Todd DeSantis and his bioinformatics team.

DeSantis is a co-founder of Second Genome and a 17-year veteran of his field, analyzing the database Second Genome has gathered on the microbiome, that infinitely complex array of microbes that play a big role in orchestrating human health.

DeSantis has served as an analyst for the NIH Human Microbiome Project and worked on cataloguing microbial diversity. Before he helped found the company, he was a software developer at Lawrence Berkeley National Lab, where he focused on the microbiome. And for years now, his biotech company has been able to fund part of its operations by putting that tech platform to work for clients.

Two months ago, the biotech flagged an ongoing shift in focus, boosting its latest venture round to USD 51 million after adding an USD 8 million contribution from GlaxoSmithKline’s SR One — jumping into a syndicate that already included the venture arms at Pfizer and Roche — and bringing in microbiome vet Glenn Nedwin as the new CEO.

Nedwin joined the South San Francisco company from Taxon Biosciences, an industrial microbiome company just north of the Golden Gate Bridge. He was making progress on product development, including a plant growth-promoting microbe, when DuPont stepped in and bought Taxon in 2015, interested in that product as well as using the platform there for its ag work.

Now, Nedwin works in South San Francisco, the heart of a biotech hub that radiates through the region’s hundreds of drug developers. And he only has to look down the street, where Genentech is based, to find the role model he’d like to follow.

“The whole microbiome space is still quite new,” Nedwin tells me. Much like Genentech was quite new to recombinant DNA back in 1982.

“This is the new paradigm for drug discovery,” says Nedwin. “How microbes keep you healthy or how to stop them from making you sick. In nature, microbes don’t live by themselves, they live with their buddies. They rely on buddies, as a consortium, they need each other. That unit is doing something functional.”

Finding out what the consortia are, and using that as a guide to developing new therapies, is at the heart of building a new business that Nedwin believes could one day rival Genentech, the West Coast granddaddy of biotech.

Nedwin likes the location a lot. The company will rely on data analytics from DeSantis’ team to point to microbes that can make a difference in human health, exploring samplings from hundreds of patients to come up with a better understanding of that consortium. The Bay Area is home base to this kind of bioinformatics research, and the new CEO counts DeSantis as one of his best assets.

“Todd’s ability to use multi-omics pipelines, cloud deployment for big-data analytics, machine learning and therapeutic pathway discovery, is unparalleled in the field,” notes Nedwin. “This gets to the heart of unlocking the power of the microbiome; not only for therapeutic drug development, but for deployment of this broad technology in an array of health, nutrition and industrial applications."

Like most of the clusters of microbiome companies that have sprung up in the Boston and Bay Area, Second Genome is still exploring early studies with its lead drug, SGM-1019, a small molecule that has completed one dose-escalating Phase I study.

Like some of the other upstarts in the field, Second Genome is going right to the gut, looking for a therapeutic that can play a role in irritable bowel disease. Its R&D group, led by Pfizer vet Karim Dabbagh, is also interested in metabolics.

Nedwin says the next step is to go back into another Phase I, switching from a liquid to a tablet as it looks for the right PK. A Phase II could get started next year.

Getting it right, proving that you can come up with a drug that can check a disease, is the first order of business for the staffers at Second Genome. The roster has grown to 30 with plans to add another 10 to the ranks.

Nedwin allows a setback at Seres recently probably raised a few questions for everybody in the field. But any lessons learned from that failure will likely be directed more at Seres, a public company trying to mimic the complex action of a fecal transplant while explaining every step to investors, than to a private company like Second Genome, which is still very much fashioning its internal development programs out of the early-stage research it is still engaged in.

It’s still a small company, but Nedwin believes the platform that has already gone to work for others has potential to power a much bigger player.

“I feel that this company has the potential of a Genentech,” says the CEO. Its basic platform technology can extend from pharma into health, nutrition, agriculture, with new divisions and spinoffs in each.

Just give it time.

To make valuable connections with drug development partners like Second Genome, participate in BioPharm America™ 2016, the international hub for innovation and investment, held in Boston September 13–15.