Shining a spotlight on family provision 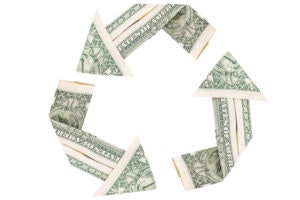 Nearly 80 years since the first family provision legislation came into force in this jurisdiction, and 10 years after heather Ilott issued her claim against the estate of her mother Melita Jackson, 7 justices of the supreme court finally had the opportunity to grapple with the difficulties of claims under the inheritance (provision for family and dependants) act 1975 in the landmark case of Ilott v The Blue Cross [2017] UKSC 17.

Mrs Ilott was the estranged daughter of the testatrix, who had given her estate to three national charities and left clear instructions that any post-death claim by her daughter was to be resisted. Mrs Ilott succeeded, however, at first instance in 2007 and was awarded £50,000 out of her mother’s £486,000 estate. In making that award the judge took into account Mrs Ilott’s meagre financial circumstances. She and her husband were raising five children almost entirely in reliance upon state benefits. Their lifestyle was extremely modest: their home (which they rented from a housing association) was in need of repair, they had never had a holiday and they could not afford to replace worn-out household goods.

In March 2017 judgment was given by Lord Hughes, with whom the other 6 JJSC agreed. The charities’ appeal was allowed, and the £50,000 award restored, principally because the criticisms made by the Court of Appeal about the trial judge’s reasoning were rejected. At the same time, the Supreme Court accepted that the factors for a judge to take into consideration would be “highly individual” in every claim under the 1975 Act, and that an appellate court should be very slow to interfere in a value judgment made by a trial judge (this case was said to be “unusual”).

One feature of the judgment which has attracted considerable commentary is Lord Hughes’ emphasis on a testator’s testamentary wishes, saying that they do not cease to be of weight just because a claimant has demonstrated a need for maintenance, but have to be considered as part of the circumstances of the case. It remains to be seen how this factor will play out in future cases, particularly where wishes expressed in a will are out of date, were based upon inaccurate information or were about to be updated, or indeed where there was no will.

It is also striking that Lord Hughes said that in many claims by adult children under the 1975 Act, the claimant would need to be able to prove that they have a “moral claim”.

Lord Hughes referred briefly to the position of charities as defendants, noting that charities depend heavily on testamentary bequests for their work. It remains to be seen whether judges will interpret his comments as implying that the court should lean in favour of preserving gifts to charities.

The Supreme Court unanimously recognized that there was an extensive range of legitimate outcomes in this case, from dismissal of the claim on the basis of the long estrangement between mother and daughter to an award of a life interest in a sum to enable the claimant to buy her home. Such uncertainty as to outcome, which is a feature of many 1975 Act claims, simply underlines the importance of careful handling of such cases and the importance of exploring ADR at the appropriate stage.

CONSTANCE MCDONNELL was junior counsel for the respondent in Ilott v The Blue Cross.