Somehow I Manage: Three Lessons About Fostering Creativity From the World's Best Boss 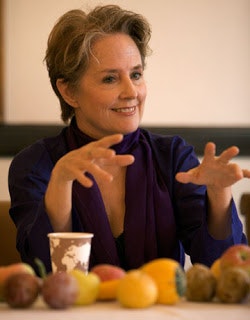 If you've ever met me, you've likely discovered my obsession when it comes to NBC's 'The Office'. Since its debut in 2005, I've often found myself becoming the 'That-reminds-me-of-that-one-time-in-The-Office-when'' guy, awkwardly quoting lines from the show that people don't seem to pick up on. I've lost track of the number of times I've sat down and watched the seasons from beginning to end . My latest estimate is thirteen, which is equivalent to approximately 57,200 minutes. That's right, I actually sat down and did the math (remember what I said about those obscure references?).
During its runtime, the show not only launched the careers of John Krasinski, Rainn Wilson and Mindy Kaling, but it also left behind much more in the (surprising) form of advice for the modern workplace. And though people may not catch on to my references, there are a number of aspects of the show that companies should be picking up on.
1. The best ideas can come from anywhere
When the new CEO Jo Bennett visited Scranton, she held a company-wide meeting to hear from all levels of the organization. After years of being isolated in the warehouse working as the foreman, Darryl Philbin was given a voice to share his plan for fixing logistics of the company's shipping methods. Darryl's initiative earned him a promotion and his own office upstairs.
Yes, the members of your top executive team are in their roles for a reason, but that doesn't mean that an eager, young employee can't come up with the next great idea. Innovation and creativity are ubiquitous. At Kaleidoscope for example, an ideation session meant to inform packaging graphics may include team members from strategy, industrial design, mock-up and even our model shop. The points of view are different. The industrial design team may uncover an opportunity to adjust the structure in a way that improves the holistic presentation of the package and creates manufacturing efficiency. Through cross-discipline collaboration and discussion, you're able to learn what makes an idea good and a good idea better.
Find out the rest at: http://bit.ly/1iJUHks
Image Credit