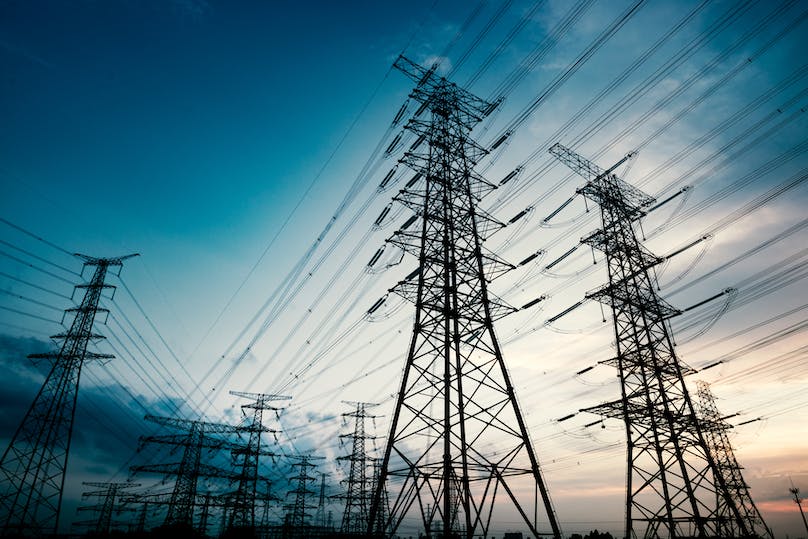 The transition to a decarbonised electric future requires a more complex and integrated energy system, able to balance the unpredictability of renewables with the need for reliable, on-demand power supply.

In the following article, Carla Rubí from PR Advocats outlines a strategy for modernising the grid without over-spending on grid infrastructure - and questions how distributed energy resources can play a role in supporting grid modernisation.

A global energy transition is needed. The World Economic Forum’s initiative Shaping the Future of Energy states that “energy consumption and production represent around two-thirds of the global GHG emissions and 81% of the global energy mix is still based on fossil fuels, the same percentage as 30 years ago.”

This transition has already begun. As the International Energy Agency points out in the World Energy Outlook 2018, the electricity sector is undergoing its most radical transformation since its creation more than a century ago.

“The future is electrifying, with low-carbon technologies on the rise and electricity demand set to grow at twice the pace of energy demand as a whole,” the authors write.

Likewise, this year’s edition of the International Renewable Energy Agency’s report Global Energy Transformation: A Roadmap to 2050 highlights that in end-use terms electricity is ramping up to over half of the global energy mix.

The architecture of the power grid plays a major role in the electricity sector and in the achievement of worldwide environmental objectives.

In Europe, the recently agreed Clean Energy Package overcomes the climate and energy targets for 2020 by setting more ambitious ones for the year 2030: a 40% reduction in greenhouse gas emissions compared to 1990 levels, a 32.5% improvement in energy efficiency, 32% of EU energy to come from renewables, and a 15% increase in the interconnections between member states.

The main challenges power grids are facing are the integration of bidirectional energy flows, the management of non-dispatchable generation and the deployment of a digital telecommunications infrastructure that allows monitoring, control and automation.

According to a study by Monitor Deloitte, in Spain alone these challenges will require a €29 - 34 billion investment from electricity grid operators and €9-12 billion from other agents until 2030.

In particular, the low voltage grids operated by the Distribution System Operators (DSOs) will cover 46% of the modernisation and updating needs until 2030, while 13% of the total accumulated investment should be allocated towards digitalisation and automation of the grid.

Since DSOs will play a pivotal role in enabling the energy transition, it is extremely important to guarantee a reasonable Rate of Return (RoR) on their investments.

These investments will be based on three main areas: the adequate retribution of an activity subjected to regulated retribution (as it is the case in Spain and in many European countries), the cost of financing the grid operators, and the investment needs of the subsequent regulatory period according to the estimates of demand evolution.

Many countries estimate their RoR according to the Weighted Average Cost of Capital (WACC), based on the efficiency of European electricity distribution companies.

The WACC represents the percentage of return (7% in Spain) that a DSO is allowed to earn by the national regulatory authority (NRA) on an existing asset base to pay back the different sources of financing used to fund those assets.

Bearing that in mind, a more complex and integrated energy system is required in order to preserve the quality of supply. As consumers, being able to switch on our lights, heat or cool our homes and power our household appliances whenever we please is an essential service taken very much for granted.

Grid reliability must be ensured 24/7 and therefore it has to be very well managed to match supply with demand. This implies a substantial investment effort in modern technological assets, which need a differentiated regulatory lifespan and have their own operational and maintenance requirements.

These new investment needs lead to higher short-term costs. As a result, the configuration of remuneration schemes should support and encourage the required investments.

We do not need a massive expansion in grid infrastructure. Rather, we need to modernise the existing grid. We need to create value in what we already have, so that we can efficiently transform our energy system.

Our objective should be to optimise the management of national resources so that we can keep the assets already built and amortised under adequate operating conditions.

This would allow us to properly deal with technological obsolescence and the aging of grid assets - instead of replacing them and incurring higher economic and environmental costs.

Putting the consumer in the centre

The new legal framework set in the European Commission Clean Energy Package, composed of 4 Directives and 4 Regulations, puts consumers at the heart of the energy transition.

Because electricity will be permitted to move freely when it is most needed to where it is most needed prompted by undistorted price signals, consumers will be able to benefit from cross-border competition whilst the European energy system will also be decarbonised.

With the emergence of distributed energy resources (DERs), the power grid becomes a facilitator of systems change. A digitalised and flexible smart grid is required to ensure that all the distributed generation is integrated and effectively used. Efficiency is key.

Consequently, the layout of the networks should be kept regardless of the degree of self-consumption development. Only by staying connected to the grid can the high reliability of the current energy system be retained for certain.

Some people understand distributed generation as self-consumption and, perversely, as a way to grid defection. This is a genuine concern, because grid defection would starve utilities of the capital they need to make the necessary investments.

Despite an increase in self-consumption due to a decrease on the costs of PVs and batteries, the costs for maintaining the energy system stay the same or even might increase, due to more complexity in the grid and more network constraints due to high renewable penetration.

If this happens, rising grid tariffs might make grid defection even more appealing to consumers in the short-term.

There is therefore a serious risk that those who can afford to invest in DERs will disconnect from the grid, leaving behind a system with escalating costs borne by a diminishing number of consumers.

Many of the remaining consumers would be those least able to bear a rise in energy costs, which would create an exponential increase in energy poverty and social inequity.

The solution is clear: an integrated grid that adds value to the system as a whole.

The development of the power grid has multiple benefits for consumers and society. Overall, the cost of electricity supply could be reduced by 2030 if the right decisions are made now.

Policies that promote a fair and an inclusive transition can maximise the benefits and accelerate the achievement of affordable and universal access to energy.

The global energy transformation goes beyond the energy sector. It is a dramatic transformation of our economies and societies. We are living in a technological adolescence that, if regulations enable it to mature, could eventually allows us to harness, store and utilise energy in a manner that makes current cost considerations meaningless.

With a clear roadmap, this potential can be realised on a grand scale. What an exciting time to engage in the energy sector and experience in first person its transition.

Carla Rubí has recently finished her Master of Laws at UPF Barcelona School of Management, specialising in Public Law & Regulated Sectors. During this period, she has been working for almost two years as a legal intern at PR Advocats, a specialised energy law firm in Barcelona.

She is also actively working in different working groups of two DSOs associations: GEODE, a Brussels-based association that represents the interests of local energy distributors across Europe, and ASEME, a Spanish association of electric companies. As part of participating in these working groups (customer dialogue, communication, Innovation & Development and regulation), she is in constant dialogue with the main regulatory authorities and institutions within the energy sector at an European, national, regional and local level.

Through PR Advocats’ membership of AEEC (Associated European Energy Consultants), Carla has been participating in seminars and workshops organized by AEEC, where professionals of the energy sector exchange, discuss and collaborate.