The Paradox of Personal Branding 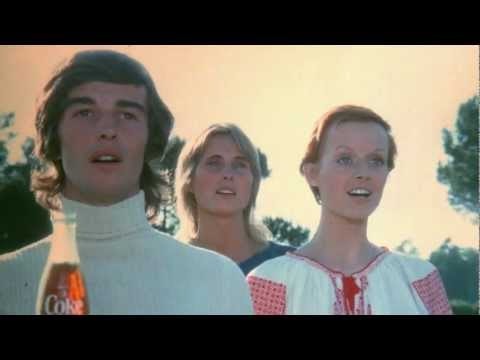 We live in a time where brands are trying to act like people
and people are trying to become brands. It's a paradoxical situation. Corporate
brands don't fit well in peoples' clothes ' and people feel confined by
positioning statements and brand personas.
The original brands were people. Here are some
long-forgotten brand names: Farmer, Butcher, Baker, Candler, Miller, Shoemaker,
Carpenter, Miner, Smith and Gold. These family names were passed on for
generations, along with craft skills the names promoted. These people were
neighbors and trade was face-to-face.
Then in the 1800s factories, finance and railroads turned
the traditional order on its head. Products became disembodied and assembled,
packaged and labeled, bought and sold. Modern brands replaced the personal
relationship between customer and craftsperson.
Design, advertising, PR, and store merchandising worked to
gain customer trust for this new order. Once factories really started humming
in the 1950s, space-age wonders and modern shopping malls were invented to
cater to our every whim, with such an abundance of choice that even needs
became wants. It was a magic carpet ride.

Before long, this horn of plenty led to confusion and
skepticism. Research shows that too much choice actually leads to anxiety. In
response to this disillusionment, corporate branding found ways to attach a
human face to brands through advertising ' using humor, celebrities and cartoon
characters. The theory was that brands could become like old friends.

Coke was an early
innovator in the concept of giving a human face to corporate brands, aided by
the ability to reach 80% of Americans with just three TV spots. This 1971 spot
was aimed at the 'PEPSI Generation' during the Vietnam War ' promising 'The Real
Thing' as a claim of authenticity.

Then the internet hit modern brands like a tsunami,
fracturing advertising media models, forging new distribution channels for
rivals, undermining structural supports, and opening a liquid space for haters.
Concurrently, new business models continue to sprout up on apps and in the
cloud, disrupting entire industries.
This same technology that empowers shoppers has washed away
jobs, resulting in a free agent nation and the advent of personal branding.
Many labor analysts believe 40% of workers will be self-employed by 2020. The
traditional order of personal brands is making a comeback in a global
electronic village.
In recent years social media provided a new forum for
personal and corporate brands to express themselves. In the beginning,
particularly on Twitter, there was a belief that social media would result in a
new age of personal authenticity. Now many argue the opposite has happened.
Twitter still surprises and delights; it's also loaded with fake accounts,
hustlers and hackers. Social media inhibits authenticity because everyone can
watch, and anyone can criticize.
Of course, social media is not the only province of
inauthenticity. Years ago I worked as an advertising copywriter and freelanced
at many ad agencies. You see a lot when you enter through the servants
entrance. Along the way, I heard some choice quotes. One was from a Mad Man to
a junior executive. Said the Mad Man, 'Son, this business is all about
sincerity. Once you can fake that, you've got it made.' Here's another: 'Eighty
percent of the game is believing what you say.' To their credit, the Mad Men
were honest about the inauthenticity of advertising.
As my colleague Joe Pine says, 'authenticity is an
epistemological impossibility and a phenomenological reality.' It took me
awhile to unpack this. Essentially, for something to be truly authentic, it has
to answer these questions: 'What is authenticity? How do we know if something
is authentic? What is authentic'? These are impossible questions to answer. Yet
as individuals we can feel that something is authentic. As authentic, bad-boy
personal brand Kid Rock said: 'If it looks good you'll see it. If it sounds
good, you'll hear it. If it's marketed right, you'll buy it. But if it's real,
you'll feel it."
The authenticity advantage is much easier for people to
accomplish. People can read faces, interpret tone of voice and sense intent.
Conversely, it's difficult for a modern brands to feel authentic. Modern brand
authenticity seems more likely when a founder has a controlling interest in the
company and continues following a personal passion. Apple felt authentic to
many under the reign of Steve Jobs. Tesla has authenticity mojo with Elon Musk.
You could also argue that Costco, Chipotle and Patagonia feel authentic. Each
of these brands are tied to passionate founders. These brands are extensions of
personal brands and human authenticity.
The final paradox is that brands must continue trying to be
like people, even though they will never succeed ' and people who want
professional careers will use branding techniques whether they know it or not,
and these techniques will likely reduce personal authenticity.
We live in a brand new, brave new world.
About the Author: Dan
Wallace develops products and is a marketing & brand consultant. He is
co-authoring a book, 'The Physics of Brand,' to be published by HOW in 2016.
This blog post was written for the 15th annual FUSE conference in Chicago,
hosted by IIR. You can follow Dan on Twitter @ideafood, or visit his LinkedIn page: https://www.linkedin.com/in/danwallace