The Promise of Unstructured Creativity 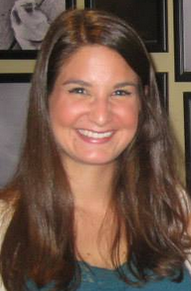 Filmmaker Bianca Giaever recently captured the spirit of free,
optimistic creativity with her short film called 'New York City!' She
created the film with five recent post-grads who'd recently moved to NYC to
pursue the arts.
Drawing on her experience as a radio producer and filmmaker,
Giaever wrote down a list of questions like 'What are your New Year's
Resolutions'? 'How does your Mom dance'? and 'Tell me about your last relationship.'
From these stories, patterns emerged.
'There was lots of talk about being in New York and trying
to figure out what you're doing every day and how you stay motivated to keep
making things. And so on the last day we came together and recalled our
favorite things that other people said and quickly recorded those lines. They
were really disjointed but the goal was to just express the feeling and energy
we all had about being in the city,' Giaever told Fast
Company.
The film is not really speaking to any greater goal, but at
its core it exudes that na??ve and infectious promise of unstructured
creativity. Not to mention, it is a reminder of how letting go of purpose and
process can be creatively stimulating.
Watch Bianca's full film below: