The wall of investment facing European electricity TSOs, and how to avoid it 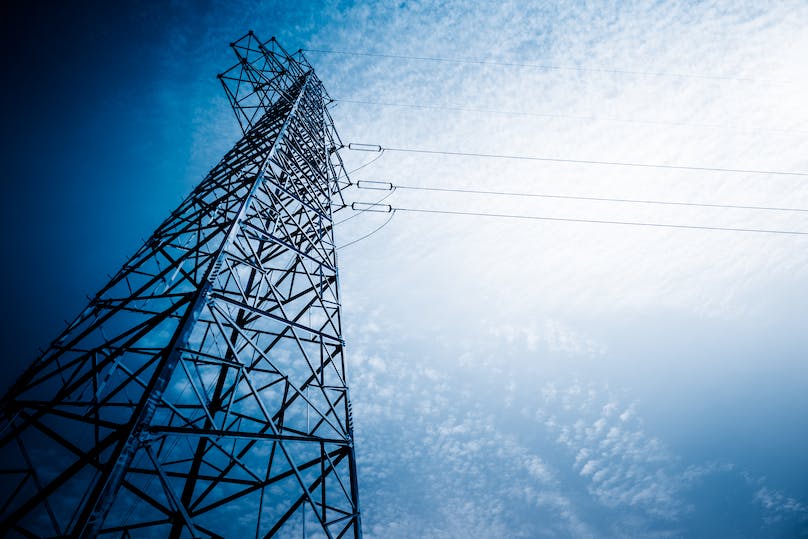 At the end of World War II Europe lay in ruins.

The conflict had laid waste to tens of millions of lives, saw villages, towns, and cities bombed into rubble, and led to the disappearance of entire nation-states. The second global conflict in a generation left Europe - once the centre of Western civilization - scarred, oftentimes beyond recognition.

While some cities were lucky to be left somewhat less-damaged than others, almost all were touched in some way, with the impact on the continent’s infrastructure both shocking and stark.

In France the war had a major impact on the electricity transmission network. Electricity towers, transformers, and power plants were targeted by the occupying German forces, Allied bombing campaigns, and even the French resistance. As Vincent Lagendijk wrote in Electrifying Europe,

“...the [French] electricity system was seriously damaged, in particular in the summer of 1943, when an upsurge of Resistance actions targeting electrical installations coincided with massive aerial bombardments by the Allies. The situation worsened with the Allied invasion of Normandy. By August 1944 the French high-voltage network was nearly paralyzed."

Rebuilding this network became a priority for the Allies following the landings in Normandy, with the American engineers of the Supreme Headquarters of the Allied Expeditionary Force tasked with getting high-voltage lines back into working order. These stop-gap measures helped France finish the war with a working network, and in the two decades that followed, the country expanded its electrification program with major investments in infrastructure and assets.

On the 8th of April 1946, less than a year after VE Day, the French government announced the formation of both Électricité de France (EDF) and Gaz de France (GDF). This decision represented the nationalization of more than 1700 small electricity producers, distributors, and transmitters and the first major step in the investment of hundreds of millions of francs into a post-WWII electricity network in France.

Over the course of the two decades that followed France made significant investments in its electricity network. Thomas Lacroix and Pierre Stevenin described this expansion as a series of “short, successive and intense development phases”, with the assets deployed expected to have a useful life of around 50 years.

The immediate impact of these investments was clear as post-war France’s economy grew, and its industrial base broadened in the 1960s and 1970s. With annual GDP growth rates soaring regularly above 5% and exploding electricity consumption, France was able to re-establish itself as a world economic power despite the costs incurred playing host to the two most devastating wars in human history.

The short and intense investments in the electricity network, though, did present France with a quandary. As France first rebuilt, then expanded, and then reinforced its electricity transmission network between the 1950s and 1990s, the assets brought into service in the 1960s and 1970s were aging.

With an asset’s useful life expected to be around 50 years and with a large portion of the network expected to require replacement around the same time, France faced a ballooning electric bill and a true “wall of investment”.

An electricity bill comes due

France’s electricity transmission network is far from alone in facing this wall of investment. Whether in other European states like Italy, Spain, and Germany that followed a similar post-WWII network development and asset investment program, or elsewhere in the world - the US, Australia, or Japan, for example - the story is much the same.

“In most countries,” explains Marc-André Forget, CEO of Canadian energy consultancy Ossiaco, “electrical assets (transmission lines, transformers, and other critical components) are reaching their end of life and, as a result, those utility markets are facing an unavoidable wall of investment.”

A 2016 study for the European Commission by consultants Bearing Point reported that, in order to keep up with renewal and replacement demands of 14 European electricity transmission networks, an increase in spending of 28% was required by 2019. More worrying, only four of the 14 European countries studied were then considered to be resilient enough to survive the fast-arriving wall of investment.

Adding more stress to these already stressed network operators, the wall of investment is not the only challenge that these operators face. Simultaneously they must also consider flattening demand curves, an aging and increasingly retiring workforce, and the integration of distributed and renewable energy resources into the grid.

It’s something akin to an asset investment planning ‘perfect storm’, but luckily there’s an emerging trend in electricity network asset management that can help protect from the wind and rain.

The challenge of a wall of investment is both simple to explain and incredibly complex to address.

At its heart, the wall of investment arises simply because there is a pressing need to renew or replace a significant portion of the electricity transmission grid in a relatively short period of time.

The complexity emerges when those asset renewals and asset replacements need to be funded in short order, and prioritizing the deployment of that funding so as to maintain service levels across the network. Network operators have to determine whether to refurbish or upgrade existing infrastructure, or to replace them.

Additionally, every single decision to replace or refurbish a tower, line, transformer, or substation is likely to have an impact on the rest of the network. A team deployed to renew overhead lines in one region may not possess the skills to build an underground line in another region once the first job is complete.

Human resources with specific and rare skills deployed to upgrade substations in the north means fewer engineers and front-line workers to maintain assets in the east, west, and south, and their schedules must be managed carefully.

And, of course, a dollar spent to replace assets in 2019 cannot be spent a second time in 2020 or beyond, and each one of all of these planned and prioritized interventions must be compatible with continuity of service rules, which themselves evolve dynamically.

The complexity of optimally managing an electricity transmission network is beyond the capacity of any single human. What’s more, the complexity is such that even a group of humans with expert knowledge of their own individual silos, departments, or divisions cannot combine their local optimization efforts into a globally optimal approach. As Greg Satell writes in the Harvard Business Review,

“Unfortunately, most organizations today fall into the same trap: they look at isolated metrics but fail to see the whole system. They optimize each part of the business separately and fail to consider how they interact. When we see an operation as a set of isolated metrics to optimize, we can lose our sense of context and decrease overall performance…”

Addressing the asset management demands of a complex electricity transmission network, then, demands a different approach, what is known as a “whole system approach” to asset management.

They can model their systems, encapsulate the expertise of their strategic and operational managers in those models, and then simulate their strategies, policies, and procedures to accurately and reliably predict the impact of every choice.

Adopting this whole system approach means a balance between spending and the return on that investment, between a plan and performance, and between risk and opportunity is truly within the grasp of asset managers and decision makers at electricity utilities.

A holistic, whole system approach means real visibility on where to invest first, how much to invest there, and the positive impact on the entire system of choosing this investment plan.

In an era where electricity transmission system operators are required to invest at a rate unprecedented in half a century, it's this sort of visibility that will save them from a modern day ruin that could, if left unchecked, rival the one that spawned the post-WWII electricity networks in the first place.

Dr. Witold Krasny is a Product Owner responsible for Cosmo Tech’s Asset software solution. He works transversally at Cosmo Tech with the Development, Product Marketing, Sales, and Delivery teams to ensure that Asset responds to the dynamic needs of the asset management market. Witold has previously served as an Analyst at Accenture and a Project Manager at Oxand. He holds a Ph.D. in Engineering from the Université de Lyon and a Masters in Mechanical Engineering from the Ecole Polytechnique Fédérale de Lausanne. He joined Cosmo Tech in 2017.

Discuss the future of Europe's power network at the Energy Transition World Forum.