We've all seen some pretty unique and innovative street art, but have you ever seen a car with unique cardboard designs pasted on? Well, this week Fast Company featured an article about artist, Max Siedentopf's new project of spiffing up the design of cars with unique cardboard cutouts. '' Max Siedentopf noticed that we've lost our creative edge when it comes to personalizing cars. So he took things into his own hands and started a guerilla art project that involved kitting out nondescript cars with cardboard spoilers, headlights, body kits, and more.' According to Siedentopf, his inspiration stemmed from trying to think of a way to turn certain boring car designs into 'supercars' for a few euros or less. This design plan involved Siedentopf going in the cover of night to paste the cardboard designs wherever he thought necessary. I know what you're thinking, because I was thinking it to: 'Can't he get in trouble for vandalism or destruction of private property'? Well the article doesn't say anything about people speaking out against it, but the article also only covers Siedentopf's story. What do you think? When does unique design cross the line? 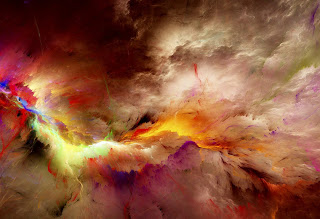 In a very captivating and fascinating video posted in a Fast Company article this week, a new design compilation was put together by Universal Everything for the OFF Design Festival. Each of the company's designs combines some element of typography and architecture. To start the video off, they feature the first design, called 'Ideo' which, like the article says 'looks like a roller coaster designed by M.C. Escher. I have to say, however, that my favorite featured design is the one called 'AKQA.' This design, paired with a neat arrangement of music, features fans that move to the beat of the music and arrange themselves to spell out 'AKQA.' According to the founder of Universal Everything, Matt Pyke, ''I wanted to invent some imaginary structures and products that people wish existed. These structures could represent any form of messaging or branding.'' I highly recommend this short 1 minute video to any design enthusiasts out there. This video definitely captures the essence of design being able to combine two very random themes and turn them into a captivating piece. 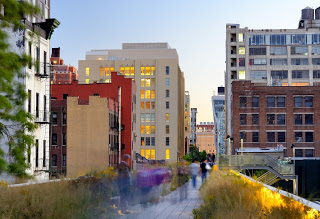 If you work in New York City but commute from New Jersey, well then, you may want to sit down while you read this article. According to a Fast Company article released this week, there are plans to design and build a new bridge across the river just for pedestrians and cyclists. New Jersey resident Kevin Shane teamed up with architect Jeff Jordan to dream up this idea of a one mile walkway which will link Jersey City to lower Manhattan. The bridge, called 'The Liberty', is planned to rise 200 feet and be much like the popular Manhattan walkway, the highline. This bridge is based off of the model of the Walkway over the Hudson which is located 80 miles away in Poughkeepsie, New York. The article claims that the funding strategy for this project is built on the idea that due to this structure possibly becoming an icon, many large corporations will clamor at any chance to fund it and get a name on it. This project would be very innovative if properly funded, so here's to waiting around to see if it gains traction amongst New York's wealthy.

Nowadays the car to own and have is a smart car, or one that has extensive technological capabilities. However, whenever we look into getting said car, our hopes and dreams are shot by the outrageous price that's associated with buying these cool mobile gadgets. Not to fear though! According to a Fast Company article, a new San Francisco-based startup called Voyomotive is going to change everything about this dilemma. The article discusses this new company's venture in introducing a sleek gadget called the 'Voyo' which will plug into a car's OBD-II port and have an accompanying app. According to the article, the gadget will work with any model from 1996 and on! 'After a two-minute set-up, the $200 gadget essentially becomes a car's second brain, cracking into all of the data the car produces and translating it into more useful metrics for drivers.' The article states that if your 'check engine' light comes on and you're not sure why, the Voyo can read the alert and figure out why it it's blinking. This is definitely a unique and innovative design that has the potential to build an entirely new market for people looking to have the perks of a 'smart' car without have to drop millions of dollars.
Nichole Dicharry, is a Digital Marketing Assistant at IIR USA, Marketing and Finance Divisions, who works on various aspects of the industry including social media, marketing analysis and media. She can be reached at Ndicharry@iirusa.com