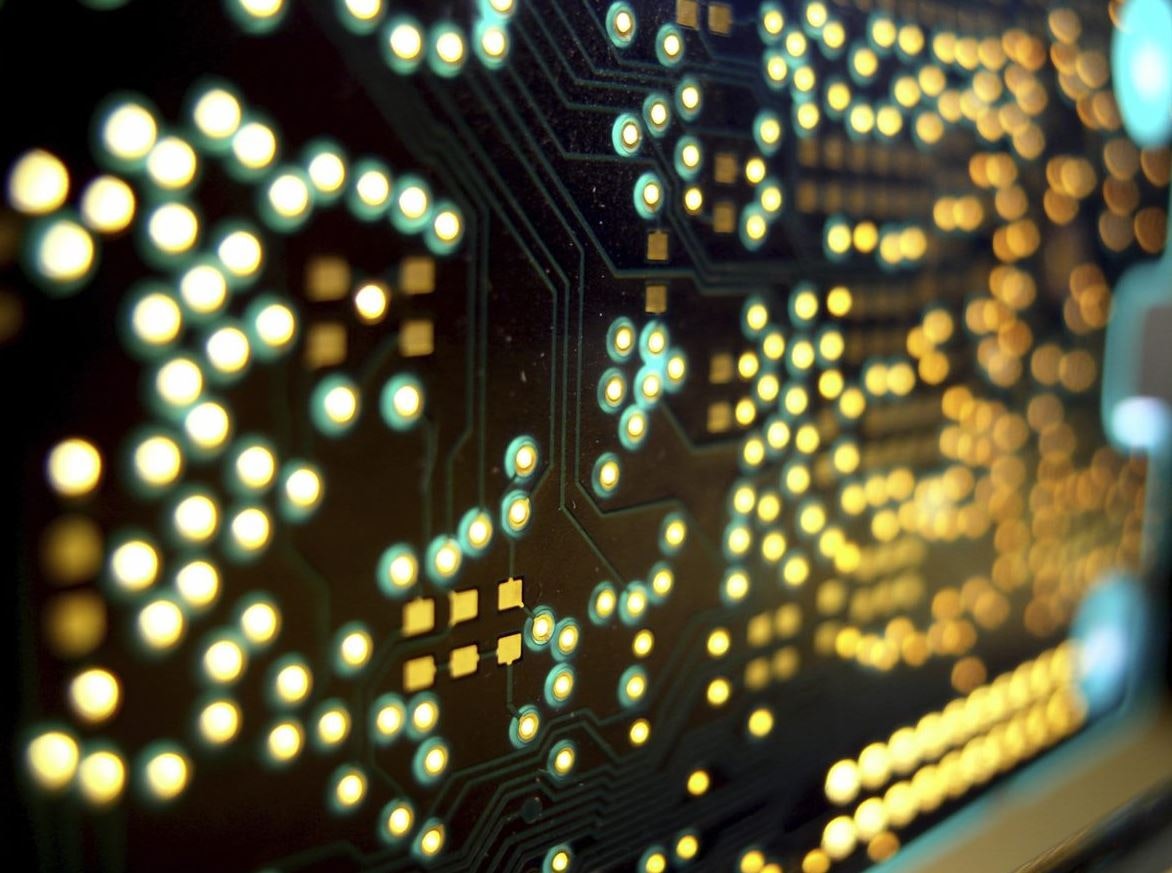 Commissioner Vestager’s unprecedented nomination to a second term as Competition Commissioner and dual mandate as Executive Vice-President for a Europe fit for the Digital Age (Digital Commissioner) ensures that the digital issues she focused on in her first mandate will remain front and center for DG COMPETITION for the next five years. Along with the instructions set out in President-elect von der Leyen’s “mission letter” to Vestager, Vestager’s frequent public talks, most recently in Copenhagen, Bergen and Berlin, and the April 2019 “Digital Era” report (the Digital Era Report, or the Report) she commissioned provide a potential blueprint for Vestager’s next term.

As Digital Commissioner, Vestager is to co-lead the EC’s work on a new long-term industrial strategy; ensure cross-fertilisation between civil, defence and space industries; co-lead work on a new SME strategy to reduce regulatory burdens for small businesses, entrepreneurs and start-ups and help them benefit from digitisation; coordinate work on a European approach on artificial intelligence, including using and sharing non-personalised big data; coordinate work on a new Digital Services Act to upgrade liability and safety rules for digital platforms, services and products; and coordinate work on digital taxation, proposing a European digital service tax if an international consensus is not reached by the end of 2020.

Von der Leyen’s instructions regarding Vestager’s competition portfolio are general and do not focus specifically on digital issues. Vestager is instructed to work on strengthening competition enforcement (including improving case detection, speeding up investigations and facilitating intra-EU and global cooperation); reviewing and updating competition rules, including expiring block exemption regulations and guidelines, merger control and State aid rules. Vestager is also instructed to consider launching sector inquiries into new and emerging markets early in her mandate.

Von der Leyen mentions the role of competition in EU industrial strategy and instructs Vestager to work with Member States to support “Important Projects of Common European Interest” under the EU State aid rules. Von der Leyen notably did not link EU industrial strategy to EU merger review, as the French and German governments advocated after the Commission prohibited the merger of Siemens and Alstom. But von der Leyen did instruct Vestager to develop tools and strategies to better tackle the distortive effects of foreign state ownership and subsidies, likely an allusion to Siemens’ and Alstom’s argument that their merger was required to meet State-subsidised Chinese competition.

Von der Leyen’s mission letter draws a specific link between Vestager’s antitrust enforcement role and the Commission’s policy agenda. She is “expected to proactively share any relevant general market knowledge within the Commission, notably in the digital sector,” that DG COMPETITION may obtain in its investigations (while preserving the confidentiality of competition procedures). Indeed, even in her first mandate, Commissioner Vestager put DG COMPETITION to work in support of other policy agendas, for instance launching the e-commerce sector inquiry in parallel with the Commission’s Digital Single Market programme and the capacity mechanism sector inquiry in parallel with the Energy Union programme.

Vestager’s tasks, as outlined in von der Leyen’s mission letter, chime with Vestager’s own priorities, as revealed in her frequent public remarks. In Berlin, Bergen and Copenhagen, Vestager highlighted digital antitrust issues, but also indicated that regulation may be required to complement antitrust enforcement.

In her Berlin talk on 27 August, Vestager highlighted the role of digital platforms and the need to tackle “self-preferencing”, where companies run a platform and also compete with other companies that rely on the platform. She described that conflict of interest as one of the most fundamental questions that digitisation raises. She also highlighted the importance of big data, which can give the companies collecting it “a vital way . . . to outdo their rivals.” Vestager noted that how “companies collect data, the way they use it, the decisions they make about who they share it with . . . are all things that can affect competition.”

Perhaps hinting at how her work as Competition Commissioner may influence her policy agenda as Digital Commissioner, Vestager said that “the best way to protect our interests – as consumers and as citizens – may be a combination of competition policy and regulation.” Vestager suggested that regulation may be required “to make sure that these platforms use their power in a way that’s fair and doesn’t discriminate”. She did not elaborate on ways such regulation would go further than antitrust enforcement could, or how it would go further than the new regulation on fairness and transparency of online platforms (the P2B Regulation).

In her September 4 talk in Bergen, Vestager made similar points, and further stressed the “need to be able to intervene quickly”, since “we don’t have the time to sit back and watch how the market develops” or to determine “exactly how many more kroner consumers have had to pay” because of competition law infringements. She highlighted the potential role of interim measures, which the Commission recently sought in the Broadcom case for the first time in decades.

On the other hand, Vestager took a strong stand against using competition enforcement to “help domestic businesses get a head start over rivals from other parts of the world.” Vestager affirmed that “our job is to protect consumers” and “there’s no way that competition enforcers could help some . . . businesses, without also harming others.” Enforcing the rules equally “makes the whole ecosystem work better” and “makes local businesses stronger, and better at competing in markets around the world.”

In her September 13 talk in Copenhagen, Vestager elaborated on the proper roles of antitrust enforcement and regulation. “Competition,” she said, “is a sort of negotiation between consumers and businesses. When we enforce the competition rules, we balance out the power in that negotiation . . . [b] we don’t get to say what the final deal should be.” When the EU regulates, she implied, it does decide the “final deal.” While hailing the P2B regulation and EU data protection rules, she noted that the EU may “need broader rules to make sure that the way companies collect and use data doesn’t harm the fundamental values of our society.”   Interestingly, she did not suggest that such regulation should be used as a way to promote competition by requiring companies to share data with competitors.

Vestager’s mission letter and recent public comments indicate that we can expect DG COMPETITION to continue its focus on digital markets, in particular on online platforms, self-preferencing and big data. What specific changes can we expect? Here, the Digital Era Report (discussed in detail here) may offer some strong hints. As Vestager did in her Bergen speech, the Digital Era Report endorses the traditional consumer welfare standard as the basis for antitrust law enforcement but advocates changes in the “error cost framework,” i.e., more aggressive enforcement even at the risk of over-enforcement.

The Digital Era Report made many recommendations in relation to online platforms and big data. In relation to online platforms, the Report particularly stressed the risks of most-favoured-nation clauses, leveraging and self-preferencing, on the one hand, and the importance of multi-homing, interoperability and transparency to protect competition, on the other. The Report argued that platforms play a form of regulatory role as they determine the rules according to which their users interact, and, when they are dominant, have a responsibility to ensure that competition on their platforms is fair, unbiased, and pro-user.

The Report took a rather nuanced approach to big data, noting that, “The significance of data and data access for competition will . . . always depend on an analysis of the specificities of a given market, the type of data, and data usage in a given case.” The Report concluded that EU competition law may be used to give competitors access to data, but only from dominant firms and after a thorough analysis of whether such access is truly indispensable and after weighing the legitimate interests of both parties. Access to individual-level data to serve a user should only be granted if that user consents, irrespective of whether personal or non-personal data is at issue. Where the user can switch his/her service provider with sufficient ease without access to data, no mandated access is required.

The Report also discussed new issues raised by companies voluntarily sharing and pooling data, noting the need for a new legal regime governing rights in data. The Report noted that the competition law treatment of data sharing and pooling arrangements is relatively new and under-researched, and recommended that the Commission use guidance letters and "no infringement" decisions, as well as the next version of the Commission’s Guidelines on horizontal cooperation, to clarify these issues. Indeed, the Report concluded, a separate block exemption regulation on data sharing and pooling may be called for.

More generally, the Digital Era Report argued for a fundamental re-thinking of the concepts of market definition, introducing the concept of a digital “ecosystem” as a framework for analysing anti-competitive effects, particularly in relation to after-markets. The Digital Era Report also argued for a broadening of the concept of market power, noting that there can be market power even in an apparently fragmented marketplace. In addition to the traditional market-share-based approach to analysing market power, the Report advocated using the concept of intermediation power in relation to online platforms and the power conferred by the collection of data not available to competitors.

Vestager will now have the opportunity to put her calls for action, and the recommendations of the Digital Era Report, into practice. More specifically, Vestager will likely support new enforcement actions in relation to online platforms and big data, looking for appropriate cases to apply the new approaches to market definition and market power and new theories of harm advocated by the Digital Era Report.

In parallel, her Digital Commissioner mandate will give Vestager scope to pursue her vision of a complementary role for antitrust enforcement and regulation. It would not be surprising if her work on the Digital Services Act -- requested in her mission letter – comes to encompass the issues of platform governance and data access that have been a focus of her public comments and the Digital Era Report, as well as DG COMPETITION’s enforcement activity.