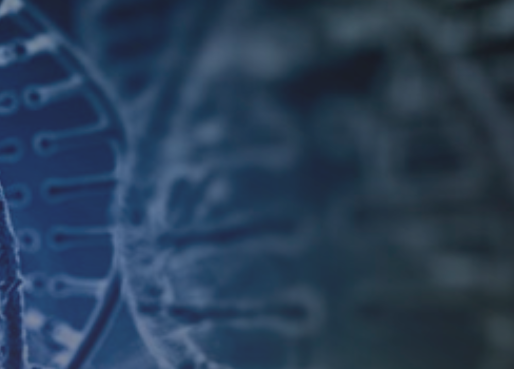 A peptide is a molecule that consists of anywhere between two and fifty amino acids. A peptide that contains ten or more amino acids is called a polypeptide. Polypeptides and peptides are held together by peptide bonds, also known as amide bonds. There are twenty naturally occurring amino acids, and so a peptide molecule will exhibit characteristics that reflect how many amino acids they contain, and how those amino acids are combined. Peptides play key roles in regulating the activities of other molecules, and they can be found in every tissue of the human body. An example of a peptide is a neuropeptide which is used by neurons to communicate with each other and involved in brain functions such as: “analgesia, reward, food intake, metabolism, reproduction, social behaviors, learning and memory.”

Peptides in the beauty industry

Last summer, Marie Claire magazine called peptides “an ingredient that’s having somewhat of a moment”; peptides it seems are the hot trend right now in the beauty industry, specifically peptides for skin. The Marie Claire article explains: “peptides are part of the body’s complex communication system that tells different aspects of skin to do a better job.” The global skincare market is set to be “worth USD 183.03 billion by 2025”, so it’s not surprising that the industry has picked up on this buzzword in order to attract customers, but the sad truth is that spending hundreds of dollars to spread peptides on your face is probably not going to stop you from getting wrinkles. Timothy Caulfield explains why buyers should beware beauty industry hype in The Atlantic:

“As with trendy diets, after a bit of time it almost invariably becomes clear that the alleged benefits associated with some new, exciting anti-aging beauty product can’t live up to the hype.”

Another industry where the term peptides pops up is bodybuilding; peptides are used for “cutting and fat shredding”. As with anything one ingests into one’s body, it is wise to discuss supplements with health care providers, and one should not always believe the hype of what one reads online from companies trying to sell products.

Where peptides have been proven beneficial to humans is peptide therapeutics in medicine. In “Therapeutic peptides: Historical perspectives, current development trends, and future directions” the authors write: “As intrinsic signaling molecules for many physiological functions, peptides present an opportunity for therapeutic intervention that closely mimics natural pathways. Indeed, several peptide drugs are essentially ‘replacement therapies’ that add back or supplement peptide hormones in cases where endogenous levels are inadequate or absent.” They go on to explain how the first therapeutic use of insulin in the 1920s for diabetics was the first practice of what we now call peptide therapeutics.

Since then, the list of peptides used as drugs has expanded and diversified. The report on therapeutic peptides describes the current landscape: “over 60 peptide drugs have been approved in the United States, Europe, and Japan; over 150 are in active clinical development, and an additional 260 have been tested in human clinical trials.”

But why peptides and why now? A McKinsey study explains: “biopharmaceuticals… perform their jobs remarkably well, offering high efficacy and few side effects.” The study goes on to explain the operational and technical challenges of using therapies such as peptides:

“Reproducing large molecules reliably at an industrial scale requires manufacturing capabilities of a previously unknown sophistication. Consider this: a molecule of aspirin consists of 21 atoms. A biopharmaceutical molecule might contain anything from 2,000 to 25,000 atoms. The ‘machines’ that produce recombinant therapeutics are genetically modified living cells that must be frozen for storage, thawed without damage, and made to thrive in the unusual environment of a reaction vessel. The molecules must then be separated from the cells that made them and the media in which they were produced, all without destroying their complex, fragile structures.”

Grand View Research tells us that: “The global peptide therapeutics market is expected to reach USD 48.04 billion by 2025” and explains that technological advancements in the manufacturing processes are responsible for much of that growth. This is good news, as a recent survey of professionals in the industry showed that: “the efficiency of delivery is the biggest challenge facing the development of new peptides, oligonucleotides and mRNA therapies.” Techniques such as mass spectrometry of peptides and peptidomimetics are helping scientists to push this important research forward.

RELATED ARTICLE: What is an oligonucleotide?

In “Peptides and peptidomimetics in medicine, surgery and biotechnology” the authors give examples of how peptide therapeutics are contributing to human health right now: “antibiotic macrocyclic peptides, integrin inhibitors, as well as immunoactive, anticancer, neuromodulator, opioid, and hormone peptides” plus a number of novel applications including “peptide-derived semi-synthetic vaccines, drug delivery systems, radiolabeled peptides, self-assembling peptides, which can serve as biomaterials in tissue engineering for creating cartilage, blood vessels, and other tissues, or as substrates for neurite outgrowth and synapse formation, immobilized peptides, and proteins.”

The Peptide Therapeutics Foundation is a nonprofit organization that was established in 2008 to promote research and development of peptide therapeutics. They provide some excellent research on the history and current use of peptides at their site as well as opportunities for research grants. KNect365 Life Sciences also has important resources for those interested in peptide research; we recently surveyed over 100 professionals working in oligonucleotide, peptide, CRISPR and mRNA therapeutics – explore the results in the State of the Industry Report 2019.