What Brexit means for trading and export controls 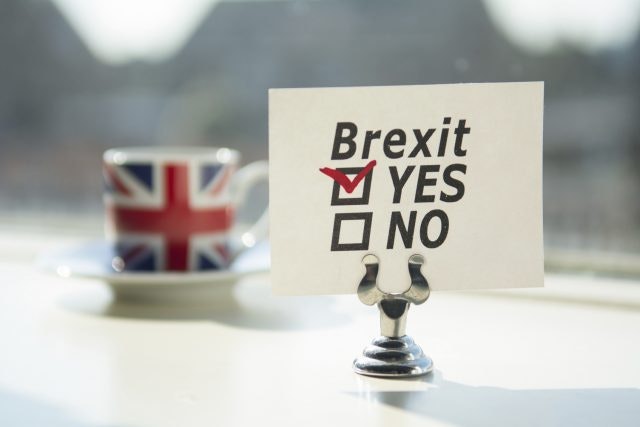 Since the UK’s vote to leave the European Union, the country has witnessed several alarming political developments, including the prime minister’s resignation and the 2017 snap election, both of which have raised concerns over the UK’s preparedness to begin Brexit talks.

One of the most significant issues raised by the Leave campaign is limitations to the UK’s trade with the EU single market. The Brexit vote was fuelled by hopes for better trading agreements, but in the past year, the public saw the expenses for household items rise and their worries that it will continue to do so grew, too.

The current administration is under pressure by the British public to provide more detail on the UK’s negotiating stance in the upcoming Brexit talks. It is also unclear what the EU’s plans are post-Brexit, as negotiations between UK Brexit Secretary David Davis and Europe's chief Brexit negotiator Michel Barnier have seen little progress.

Complicating matters even more, David Osler of Lloyd’s List reported that maritime stakeholders are urging that Britain’s customs arrangements post-Brexit should “take shipping and port priorities on board or risk widespread disruption to trade”.

Under Project Alpha, Quentin Michel from the University of Liege and Ian Stewart from King's College London bring together a small group of government officials, academics, and industry practitioners to discuss what Brexit means for trade controls. This conversation narrowed down industry experts’ concerns to the potential divergence of UK and EU export controls, the ‘Norway issue’, and licensing.

“Under the current EU system, the EU’s Dual-Use Regulation, also known as Council Regulation 428/2009, forms the EU’s main legal basis for controls on dual-use goods. This regulation contains the EU Dual-Use list of controlled items. Legislation and list apply directly in all EU member states. In the UK, the list is also incorporated in the UK’s consolidated Strategic Export Control Lists. 428/2009 provides an objective, shared basis across the whole EU for licensing and enforcement; and as a publicly published list it is the primary guide to exporters as to whether to seek a license.

“On Brexit, the UK may adopt a national regulation on export control under the ‘Repeal Act’. This would mean that, instead of continuing to draw on Council Regulation 428/2009, the UK would derive its regulations directly from the international export control regimes on which 428/2009 is primarily based (UNSCR 1540, NPT, BTWC, CWC, MTCR, Australia Group and the Wassenaar Arrangement).”

Chris Chew, Head of Policy of the Export Control Joint Unit at the Department for International Trade, says that “it is possible that after Brexit, UK export controls will diverge from those of the EU”.

“To a certain extent this is true today”, Chew continues, “as the Regulation 428/2009 permits Member States to adopt national controls, Member States are responsible for their own licensing procedures, and control of arms exports is a Member State competence.”

“The Repeal Bill, which was introduced to Parliament in July, will convert EU law as it applies in the UK at the point of exit into domestic law that will continue to apply after we leave. That means that, as far as possible, the same rules and laws will apply on the day after exit as on the day before. The Bill also contains the necessary temporary powers to correct the laws that no longer operate appropriately.”

Osborne expects this to be the case, but with all the potential challenges and complications during this period of transition, the prevailing question remains whether Brexit can be amicable.

“The UK might partially address divergence by following the precedent set by Norway, namely maintaining alignment with the EU Regulation”, Osborne speculates. “But that would be to ignore the UK’s useful role in helping to set and amend the provisions.”
Furthermore, Chew reminds us that “the Government has made it clear that it is not seeking to follow any existing model for the UK’s future relationship with the EU. What that relationship will look like depends on the outcome of the negotiations between the UK and the EU.”

But as identified by both Osbourne and Project Alpha, the UK’s influence on EU provisions is “likely to cease” post-Brexit.

“Negotiations on the future trade relationship between the UK and the EU might usefully address this divergence and separation process by identifying a mechanism for continued UK participation”, Osborne suggests.

“The biggest change is likely to be felt, however, where dual-use goods are being traded between the UK and other EU member states. Currently, such transactions are classed as intra-EU transfers rather than exports, and thus are not subject to controls. With the obvious caveat that the UK’s future position vis-à-vis the European single market is not yet fully clear, UK and EU companies alike will benefit from as de-regulated a process as can maintain sufficient control.”

“If export controls are interpreted more permissively in the UK than elsewhere in the EU”, Osborne elucidates, “UK exporters will potentially be at a competitive advantage, but could become a target for procurement networks looking to acquire goods for military or WMD programmes. This would lead in turn to reluctance by EU member states (and their respective licensing authorities) to export dual-use goods to the UK. Conversely, if the controls are interpreted more strictly in the UK than in the rest of the EU, the UK industry will be put at a competitive disadvantage, but the UK will not be especially targeted by WMD procurement networks, and the EU will continue to be able to export to the UK with confidence.”

An amicable split, therefore, could be vital when sensitive goods are traded between the UK and the EU, especially those that provoke end use concerns.

“End Use Controls might apply where unlisted goods, that nevertheless could have utility in a military programme, are sought by or through an entity with previously noted connections to an end use or end user of concern”, Osborne explains.

“This is already a much harder area in which to achieve EU-wide consistency, and one that relies heavily at EU level on case-by-case information sharing to prevent a procurer from tapping up suppliers in one EU state after another. It is not yet clear whether the future UK-EU trade relationship will include provision for continued information sharing in support of End Use Controls.”

Chew reassures businesses that “the UK Government is committed to maximising certainty, clarity and continuity for businesses, and to ensuring a stable transition as we leave the EU”.

Michel and Stewart’s report suggests, however, that if the UK exits the single market, “the transfer of all strategic items will require licensing to and from the UK and not only a limited number” as it does now.

“After Brexit, the UK will probably continue to rely heavily on dual-use Open General Export Licenses (OGEL), as it does now”, Osborne predicts. “These are pre-published licenses, and are useful and efficient where the licensing authority can establish low risk from an export of dual-use goods to specific countries. The EU’s equivalent system is the EU General Export Authorisation (EU GEA). Many aspects of OGEL and GEA use are unlikely to be affected by Brexit. Then, as now, an OGEL cannot be applied where a destination is of concern as an end-user or diversionary state.”

“In respect of export controls our overall objective is to maintain the integrity and robustness of the export control system while seeking to minimise any additional burdens on legitimate trade”, Chew says. “For transfers of most dual-use items to the EU we are considering introducing some kind of general licence; items specified in Annex IV of Regulation 428/2009 will continue to require an individual licence as they do now.”

Osborne agrees that “a general export license may be an efficient solution. An important element of such an arrangement will be trust. Licensing and Customs authorities in the UK and any EU member state would need confidence that dual-use goods exported from the EU to the UK or vice versa would not be at risk of diversion to any country of concern.”

Although the uncertainties about the process of Brexit still pose risks and more questions, Chew stated that “in making any future changes, we will be mindful of the impact on UK business”.