What does the growing trend from globalism towards nationalism mean for business, investment and macro risks? 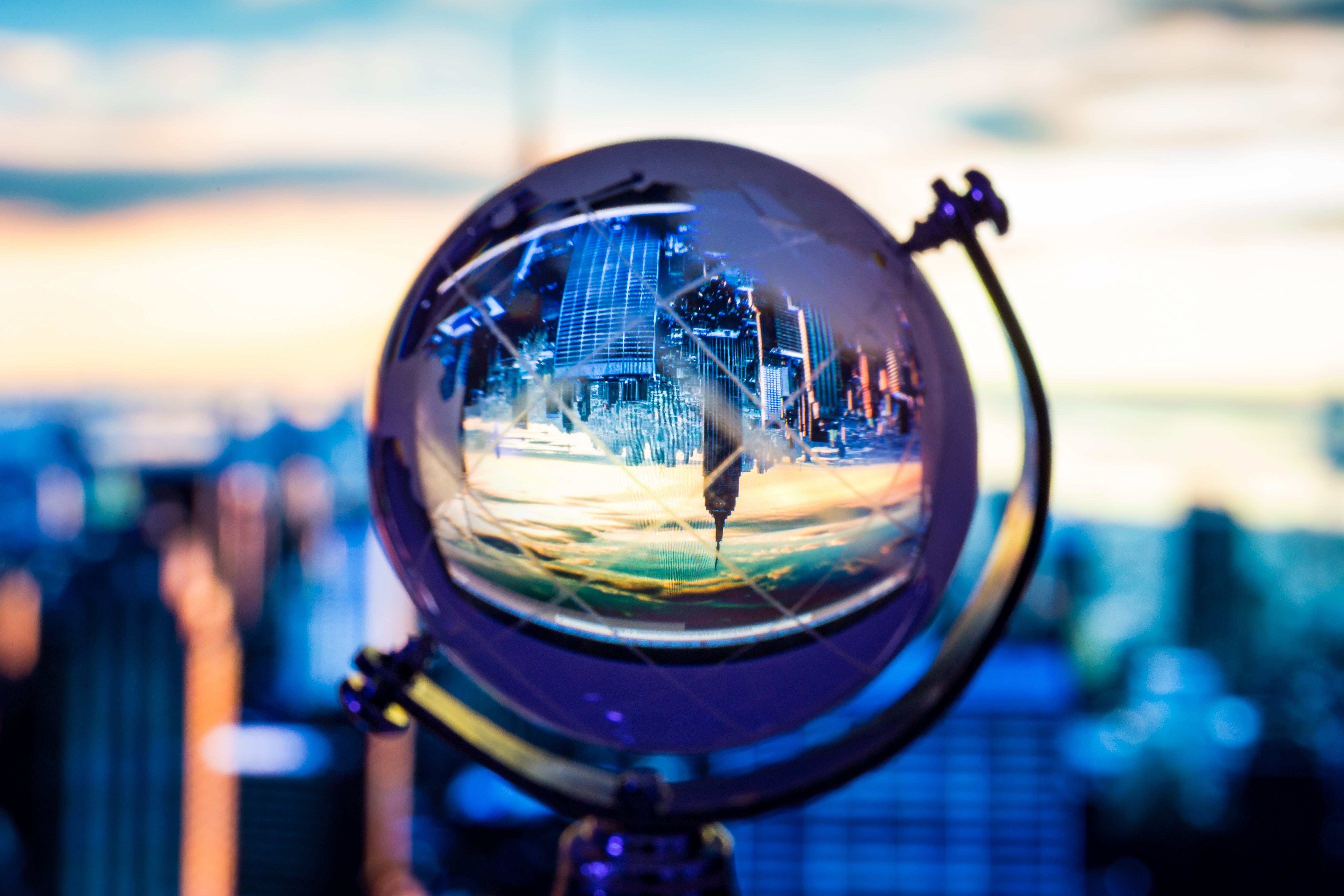 10 years on from the global financial crisis, we report live from RiskMinds International on the huge impact it has on our socioeconomic situation today.

Casual observers of the global economic and geopolitical landscape might assume that populism, in its current form, is a relatively recent phenomenon and a direct result of the global financial crisis.

But Indrani De, Managing Director, Macro & Country Risk at TIAA, said at RiskMinds International2018 in Amsterdam, that the seeds had been sown long before the sub-prime mortgage crisis and the collapse of Lehman Brothers.

The globalisation of trade and the financial markets had been the hallmark of the last two decades. This, along with technological change and automation, had undoubtedly led to strong economic growth. But these three elements had also brought about increasing income inequality.

Technological change had led to a skills premium, explained Indrani, where the difference between the cost of labour at the high end versus the middle and lower end was significant.

In addition, the structural changes in the market had seen the rise of superstar firms and a concentration of players in many industries, while the decline in trade unions had seen workers lose bargaining power. There had also been a sharp reduction in the labour share of GDP since 2000.

“The kind of economic growth that we have had in the last two decades tends to increase income inequality,” she stated.

“And income inequality is what is driving the populism and nationalism that we have been seeing in recent years.”

The global financial crisis had only served to accelerate the trend towards nationalism and populism, she said.

“The problem,” said Indrani, “is that once populism takes hold there is a high likelihood of anti-globalisation and anti-growth policies.”

The Economic Uncertainty Index had been rising since the financial crisis, Indrani said, and unsurprisingly, mostly positively correlated to the VIX.

In its most recent economic assessment, the IMF stated that the balance of risk had shifted to the downside in a context of elevated policy uncertainty, driven largely by the escalation of the China/US trade war.

She added that studies had shown that any time there was an increase in tariffs, there was a corresponding decline in domestic output and productivity. This led to higher unemployment, higher inequality and real exchange rate appreciation, but had only a small effect on the trade balance.

Indrani argued that higher levels of economic policy uncertainty in various parts of the world had a “spillover” effect, and we had to be much more vigilant now on foreign economic policy.

“Shocks originating in the United States, Europe, and China reduce economic activity in the rest of the world, with the effects mostly felt in Europe and the Western Hemisphere.”

The effect on financial markets

What would happen to the dollar, if the global order continued to retreat?

“Any changes in the perception of the dollar will have huge ripple effects across financial markets across the globe,” she said.

In addition, with 30% of federal debt held by foreigners, a reduced demand for treasuries would increase interest rates.

Indrani went on to explain that the impact of a reversal of globalisation would be a greater fragmentation of the world economy – weaker synchronised growth and a dispersion of economic performance across countries.

Restrictions on trade and labour would reduce the benefits of specialisation, economies of scale and disrupt supply chains. These would lead to lower productivity growth and higher input prices, leading to higher inflation. That, plus lower economic growth would likely lead to stagflation. Stagflation would lead to higher bond yields and lower equity valuations.

Against this macro backdrop, a panel of risk officers discussed how to take active risk and build portfolios which could withstand the test of time.

All four members of the panel said that they employed first, second and third line of defence.

But one of the main challenges of this, said Jacques Longerstaey, Chief Investment Risk Officer, Wealth and Investment Management at Wells Fargo, was staffing:

“For this structure to work you need the right level of staff at the second and third line of defence.

“How do you staff these functions with the people who have the experience and the knowledge and the gravitas to be credible challengers across the table?” he asked.

Steve Snipes, Head of Market Risk Management, said that at Swiss Re Management they had two fundamental activities in their second line of defence: accumulation control and risk taking oversight.

“When we get into individual risk decisions we are not trying to guess the first line, we can challenge assumptions and point out inconsistencies, but we don’t come up with independent investment outputs.”

That said, he added that “you do go back and forth, are we a control function or an enabling function? It takes a bit of both. If you’re not helping the business you lack credibility but if you are not independent you can’t provide reassurance to the board that the risks are properly controlled.”

Gilbert Dunlop, Head of Investment Risk at JP Morgan Asset Management, reminded us that, to the regulators, the second line of defence – the independent risk function – was very important.

“One way of describing it is asking whether, in the first line of defence, the portfolio managers are taking enough risk from the client’s point of view and in the second line, are they taking too much risk.”

In her presentation Indrani had said that country risk needed increased focus on. Did the panel agree?

Gilbert said that yes, they looked at country risk a lot, but there was a caveat. “Every time something happens we look at which funds will be impacted the most. There is quite a lot of focus on country risk because that’s what people are reading in the newspapers but often these events didn’t actually happen or did not have as big an impact as was anticipated.

But Steve said that markets weren’t shrugging off country risk as much as before.

“With monetary policy easing, the tide is going out and people are paying more attention and are more sensitive to key news,” he thought. “Clearly, another macro theme this year is the strength of the US dollar which leaves a lot of the emerging market countries exposed.”

The US/China relationship was also something people were very concerned with, he added.

“I think historically really it’s been a US show as far as financial crisis and pronounced crisis. If the US didn’t go into a strong recession, then things were localised – the Russian crisis for instance – and things came back fairly quickly. But we’re now at the stage where we could see a contagion coming from the emerging markets that could drag down the US economy.

“Looking at the populism in Europe and the US it’s a little concerning what measures we could use – there is not much fiscal room across the board.”

On the private equity side, Tessa Venter, Head of Portfolio Construction at Pantheon said that while they were less affected by the volatility coming from issues in specific countries, country risk was still important to their portfolios.

From Jacques’ point of view, the increased focus on country risk and populism concerns made the case for international diversification more difficult.

The panel went on to discuss what funds could do if a stress event was triggered.

Jacques explained that the US money market reforms had done a lot to ensure houses were better equipped to address potential shortfalls of liquidity.

But he had concerns at the longer end, because the restructuring of the US market in terms of who provides liquidity and who makes markets had not been tested.

“We now have large banks and broker dealers with significantly smaller inventories as result of Volcker and Dodd-Frank, and, while on a regular basis we don’t see any liquidity issues we haven’t had a crisis so it remains to be seen what will happen."

Gilbert added that the key thing about liquidity was to make sure that the investors that remained in the fund weren’t disadvantaged by those leaving.

Regulation was a key concern for all the members of the panel.

Gilbert said that they had definitely been seeing increased regulatory focus and inspections.

For Steve, the biggest impact on Swiss Re was the ongoing solvency modernisation, and the implications it had on managing capital ratios.

Tessa said that increased regulation was not impacting returns for their investors directly, but that it did increase operational complexity, which in turn could have an impact on returns.

Jacques said that in the US the issue was that there was a lack of unified governance and framework around regulation, which lead to differences in how matters were addressed.

With the global economy in the late stage cycle, and mounting risks, such as corporate leverage at high levels, it was clear that the panel of risk officers could only touch the surface of the things that they had to worry about.

But they had to have their wits about them, as Indrani warned earlier in the day, the next crisis was closer to us than it was behind us, but with global cooperation undermined by rising inequality and nationalist policies, it might be far harder to navigate this time round.