What Maersk looks for in a BWM systems supplier: Q&A with Hrishikesh Chatterjee 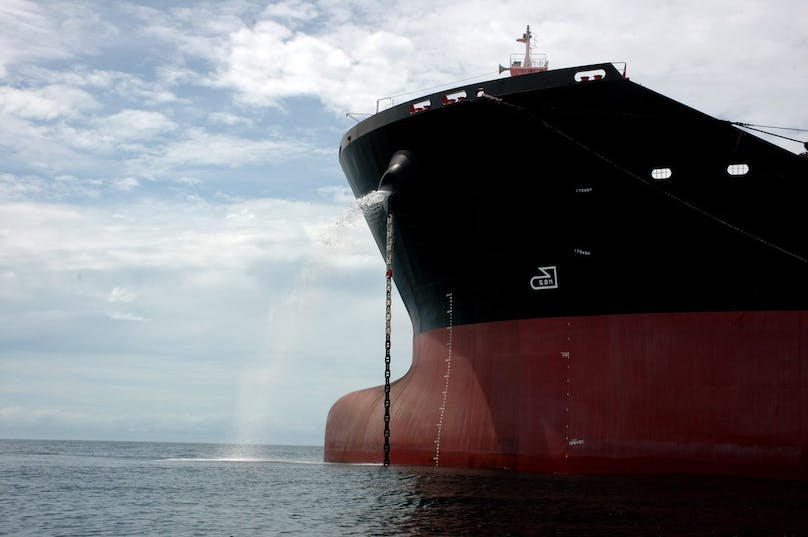 Hrishikesh Chatterjee is a Project Manager for Maersk Line’s Machinery, Fleet Management & Technology department, and is currently involved with a fleet-wide ballast water retrofit project for Maersk vessels. In our interview with him at the BWMtech conference in London, we asked what the world’s largest shipowner looks for in a ballast water management systems supplier.

“There are a lot of issues [with inoperable systems], but the key point here is to have a manufacturer who supports after-sales, because that is the only way we are able to rectify the inoperable system and get it into perfect condition.”

What are the key steps you’ve taken to ensure compliance with ballast water regulations?

“Firstly I would like to say that at Maersk Line we always aim for 100% compliance with all regulatory requirements, and up front, if you’re talking about ballast water, we have a two faceted approach. One is for the existing ships which have treatment systems. For that we have gone ahead with the upgrades of the systems, made sure they have the latest type approval, and that they operate to the best standards. And secondly we also have a crew training focus, so we are focusing on how to train our crew and make sure that – at least from a compliance perspective – they are able to demonstrate how the system should be operated.

Coming to the second approach, for the retrofit we have done a few pilots. In these pilots we are able to understand what is going to be our approach to have a successful retrofit at the end, and in short have a system which is able to demonstrate the requirements.”

Inoperability of BWM systems is one of the biggest issues discussed at this event. Can you give us an example from your experience?

“I would say yes, this is a major issue, and there is not just one example – I can think of so many of them. But the issue with inoperable systems is basically that the crew need to know how to operate the system to the best standards, and in some cases we have seen that the systems are not able to operate as designed because of a lot of issues. Because of maybe technical issues, or because in the design stage itself they were not made perfectly because they have also evolved with time. So there are a lot of issues, but the key point here is to have a manufacturer who supports after-sales, because that is the only way we are able to rectify the inoperable system and get it into perfect condition.”

Do you feel there’s enough after-sales support from the manufacturers?

“I would say there are some companies which are focusing more on it now, but yes it wasn’t there before because the convention itself took time, and people were not taking decisions as such. But now with the industry moving ahead, and the convention in force now, there is a lot of focus there on manufacturers, and this is one of the key selling points – that they provide very good worldwide after-sales service.”

What are the most important elements you are looking for in a ballast water management system supplier?

“It’s a very good question, but I would say that the number one point is that we need to have a company which is stable, which will remain in the market, they have a tried and tested technology, they have a type approval certificate which gives us trade flexibility, and yes, after-sales service is also very important. And lastly I would say that they partner with the shipowner right from the beginning – as in from the design stage, installation, commissioning and after that. So they are with us all throughout and take a very proactive approach rather than a passive approach.”

Want to find out more about invasive aquatic species? Join us at the IMO's HQ in London for the inaugural Biofouling Management and Prevention Seminar.