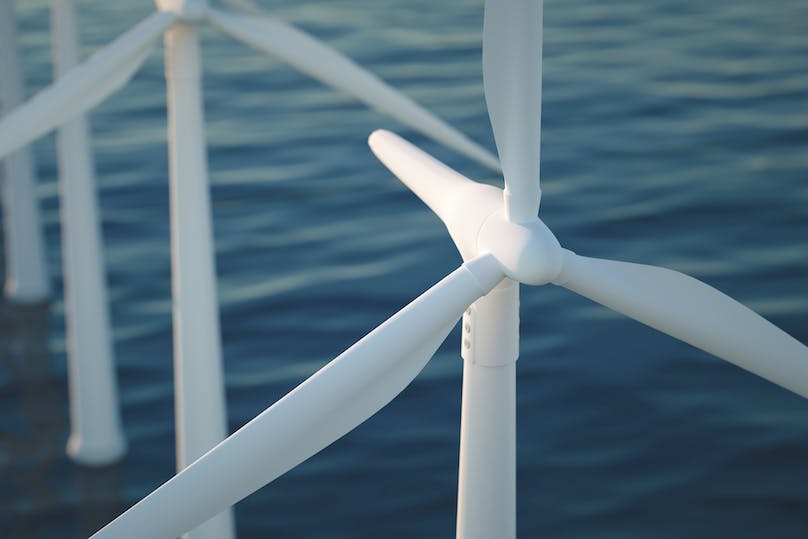 Betting Against Business as Usual

Each year sees a proliferation of future energy scenarios from the world’s major producers, regulators and industry analysts. Such scenarios are useful because they give industry members an understanding of the trajectories implied by current consumption patterns, a framework for concerted action, and approximate timelines within which to achieve their emissions reduction targets. They also display in no uncertain terms the gulf between a “business as usual” approach to energy supply, and the progress that will need to be made if the world is to stay below the maximum of 2° total temperature increase set out by the Paris Climate Accords.

However, projections of energy sector development have demonstrated a consistent tendency to misjudge how the industry would develop, and the role emerging technologies would play in changing patterns of production and consumption. This tendency has for the past few generations acted in fossil fuels’ favour. Decades old predictions of remaining fossil fuel reserves have regularly underestimated the world’s producing potential, and failed to take into account how innovations in exploration and extraction would continue to increase the quantities of oil and natural gas available to the market. No one could have predicted how the emergence of hydraulic fracturing technology would once again turn the US into one of the world’s largest energy producers, and a net exporter of natural gas.

But it doesn’t take a particularly astute observer to realise that the direction of travel has at last turned against fossil fuels. Solar and wind power – long seen as necessary, but too expensive to implement at scale – are now cheaper than any other form of energy. The emergence of "green" utilities companies has also given consumers unprecedented control over the sources of energy they can elect to purchase.

Not knowing how the post-transition energy mix will look is a definite problem for industry majors. How can one prepare for the future when there is so much uncertainty at play? The answer – and the way the private sector can demonstrate its leadership – is by betting against obvious outcomes. Solar, wind and battery storage will doubtless all play a transformational role, but it is likely that other energy sources and distribution methods that have yet to be developed will also be influential.

The beneficiaries of the next major advancement in energy technology will be those that realise its potential first. The industry needs to be alive to the possibilities presented by what may now seem to be technological long-shots, whether that means investing in algal biofuels, hydrogen fuel cells, carbon capture and use, airborne wind turbines, or whatever the next big idea around the corner turns out to be.

In most of the developed world, the political will to enforce emissions targets and promote the use of renewable technologies seems at last to be materialising. But with the world’s largest economy headed up by a climate sceptical administration, there’s no room for complacency about the transition to a low carbon future.

Even when motivated by what they perceive to be the energy industry’s best interests, regulators and policy makers often act in ways that are detrimental to its long-term prospects. Recent examples – to name just a few – include the EU’s equivocation over conventional biofuels, persistent subsidisation of the fossil fuels industry in the US, Chinese export restrictions on rare earth elements used in the manufacture of solar panels, and intermittent investment in green energy initiatives by the UK government.

Part of the problem lies with the uncertainties inherent in a democratic system of government, and the impact of ideology on forming national policy. But there is also a disconnect in insight and experience between those with a responsibility for running the energy sector, and those with a responsibility for supplying its policy directives. It is notable that neither Germany, France, the UK, nor the USA currently has an energy/environment portfolio minister with previous professional experience in the industry.

Private sector leadership is needed to bridge this divide. That will require not only challenging false assumptions, but learning to speak the language of policy. Climate sceptical governments need to be shown why renewable technologies are sound commercial investments, as well as sound environmental investments. Worries about geopolitical threats associated with energy supply need to be addressed rationally, and with the understanding that a greater range of options for power generation means a reduced range of risks.

To read some popular accounts of the growth of the electric vehicles industry, one might receive the impression that electrification of the transport sector is the most important step that can be taken towards the decarbonisation of energy consumption. Leaving aside the fact that electrification is only as green as the power that supplies it, growing the electric vehicle market is still less than half the battle. Other sectors – particularly heavy industry – consume more energy, produce more emissions and are more resistant to the introduction of alternative energy sources than transportation. The IEA estimates that industrial activity alone accounts for over 54% of end-use energy consumption worldwide.

Leadership is required within the energy industry to change the focus of the debate. If climate goals are to be met, the approach taken needs to be a holistic one, in which policies and technologies are assessed on their ability to decarbonise total energy consumption rather than just one type of energy consumption. The energy sector also needs to engage with industry end-users to scrap outmoded technologies and promote carbon friendly practices, such as the introduction of carbon capture and storage technologies on industrial sites, greater use of recycled materials, recirculation of waste heat, and the adoption of electric arc furnaces and smelt reduction technologies by the metallurgical industry.

Electrification initiatives have shown great promise in lending weight to electoral campaigns in the developing world, as was evinced by the success of electrification pledges in Narendra Modi’s sweeping 2014 Indian electoral win. But there is a temptation for developing world governments to opt for cheap and dirty fossil fuel power plants to meet increasing demand, particularly in regions where coal is abundant.

Private sector leadership is required to make the case for distributed energy solutions incorporating renewable power sources. It needs to be demonstrated that a more localised approach can bring electrification to rural communities faster, more reliably, and at reduced cost, while also contributing towards emissions reduction targets. The private sector can also play a part in the delivery of these solutions, providing the investment required for ambitious projects, stimulating research into battery and storage technologies, consulting on the most effective options, and playing a hands-on role in day-to-day implementation.

Delivering a Clear Statement of Vision

For fossil fuel majors, transitioning to alternative energy sources remains a difficult balancing act. How to convince the sceptics, while maintaining market share in a hydrocarbon industry which will, after all, continue to provide the core components of the world’s energy supply for decades to come?

There’s no easy answer. But a clear statement of vision is the first step. Several leading hydrocarbon producers have realised this in recent years, and taken steps to reshape their public image. The most recent instance is Statoil’s decision to drop the oil from their name and rebrand themselves as Equinor. Other notable examples include British Petroleum’s decision to rebrand as Beyond Petroleum, the renaming of Denmark’s DONG Energy as Ørsted A/S, and Shell’s launching of their New Energies division focusing on renewables and low-carbon power.

Such moves are open to criticism from climate advocates convinced that they are little more than public relations campaigns, aimed at selling the same product in a different package. And indeed, without the necessary follow through such criticisms may not prove unfounded. But statements of intent are as important for altering a company’s image of itself as they are for altering its public profile. A change in internal corporate rhetoric provides employees with different measures for success, has an impact on the way talent is fostered, and changes the way opportunities for profit making are assessed. Altering its vision of the future is the first step an energy major takes towards making that future probable.

Competition is healthy. It rewards efficiency and innovation, punishes indolence and repetition, and favours those who provide the highest quality products at the lowest possible price. There is little doubt that it will be one of the main drivers in energy’s quest to reinvent itself. But for the benefits of new strategies and innovations to make the greatest impact on the global stage, competition needs to be balanced by cooperation. This will require industry leaders to invest in joint ventures and pool resources for more challenging projects. It will also require them to exchange ideas, learn from each other’s successes and make use of expert guidance whenever and wherever possible.

That’s where the Energy Transition World Forum comes in. ETWF will bring top level executives from the world’s leading energy companies together to network, trade insights and hear from the experts. Find out more about the event>>