A Big Wave of Innovation 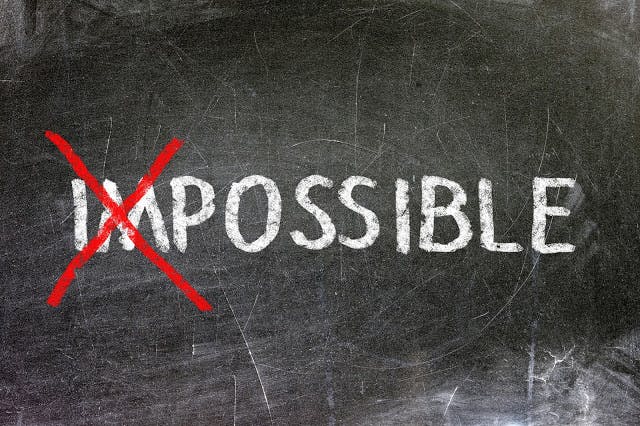 My wife, generally speaking, does not share my affinity for documentary films. That's not to say she won't sit down to watch one every once in while if the subject matter looks intriguing or she's confident it's a quality piece of work and not a downright snoozer. For her to stay awake during a late night viewing though, ideally whatever documentary we watch should not only be informative, but also contain a certain level of entertainment quality.

In recent years it seems more and more documentaries have effectively combined interesting content with entertaining storytelling. Some of my personal favorites over the years include (in no particular order) The Thin Blue Line, Supersize Me, Spellbound, Hoop Dreams, Fog of War, Gonzo, Roger & Me, as well as virtually everything created by Ken Burns ' The Civil War, Baseball, Jazz, and more. (The films of Ken Burn's actually have a style more traditional in nature than many of the other titles, but they're still unique and the content is extremely interesting.)

When I was younger, I did my fair share of downhill skiing (current academic attendance rules would actually prevent me from missing as many days as I did my senior year of high school in order to ski). And like many other avid skiers, I always enjoyed a good Warren Miller film. I still do. My eyes were opened however in 1985 to a new genre of ski film, introduced by Greg Stump. Time Waits for Snowman (followed by other films such as The Good, the Rad, and the Gnarly, as well as The Blizzard of AAHHH's, and others) made me, and likely thousands of other kids and young adults, want to ski more and more. One might even argue in fact that Greg Stump, not only changed the ski film genre, but perhaps single handedly introduced the world to the concept of extreme sports and all that they had to offer. We perhaps take it for granted today, but there was once a day when the X Games didn't exist.

In 1966, director Bruce Brown released the influential and now classic surf film The Endless Summer. It's unique and has stood the test of time. I still enjoy watching it. But like the Warren Miller films, The Endless Summer in my mind has been usurped by a film even more captivating.

Filmmaker Stacy Peralta, who co-wrote and directed the 2004 feature Riding Giants, eloquently captured in this film the origins and history of surf culture, and more importantly the rise of big wave surfing. It is in this film that some important lessons for innovation can be gleaned. [As an aside - some of you may recognize the name Stacy Peralta. He's the guy that brought to the big screen the story of the pioneering 1970's Zephyr skateboarding team in the 2001 film Dogtown and Z-Boys, which if you recall contained its own innovative elements ' such as draining swimming pools to create a 360 degree self contained half pipe for skateboarding. (Add both Riding Giants and Dogtown to my list.)]

I've watched Riding Giants at least a dozen times, the most recent of which just a couple weeks ago with my wife who I insisted, despite the late hour, needed to watch it in its entirety without dozing off. There have even been several occasions in which I've watched the film back-to-back in the same evening. I consider it that good. And some of the inherent lessons about innovation (which aren't actually explicitly stated as such) are very enlightening.

The final storyline in the movie centers on a big wave surfer by the name of Laird Hamilton. He's arguably the greatest big wave surfer of his generation, or perhaps all-time. For me, his story illuminates three lessons of innovation:

1) The most obvious lesson, if simply because Laird explicitly acknowledges it in the film, is the teamwork and collaboration needed to do what he does. Laird and his compatriots pioneered what is known as tow-in surfing. Rather than wait and catch big waves individually just off the shoreline on fairly traditional surfboards, Laird and his buddies take jet-skis several miles out to sea to catch even bigger waves that previously couldn't be surfed. As the name implies, tow-in surfing involves being towed behind a jet-ski on a surfboard (which is more like a combo surf and snowboard) into a big wave. Sometimes huge waves. This innovative maneuver simply wouldn't be possible if not collaborating with a team.

2) A more subtle, yet inherent innovation message in the film is the necessity to 'commit'. In the same way big wave surfers need to overcome their fears, anxieties, and doubts in order to commit to a particular wave, so too must organizations commit to innovative actions. It's not acceptable, especially in current economic times, to simply offer lip service to innovation. Cost cutting is the easy way out. But be bold. Don't get thrown against the rocks. Engage your customers. Bolster your services. Invest. To emerge stronger from these troubled economic times, you must commit to avoid the big wipeout.

3) When asked by his stepfather, Billy Hamilton, why he does what he does, Laird responded 'I've trained my whole life for this.' Therein lies the third lesson. Innovation is a pursuit. You cannot expect that one day you'll wake up and simply decide that today is the day I'm going to be innovative. Your organization cannot turn on and off the innovative switch when it's convenient to do so. It takes work. It takes effort. It takes time. It takes heart. Don't expect it to be easy. And if you decide to abandon the path of innovation because you deem it simply too difficult to sustain, or it doesn't fit with your 'strategy' any longer, so be it. But don't be a poser. Please. There's no such thing as an 'Innovation Bum'.