A Judge’s Insight into Public Procurement 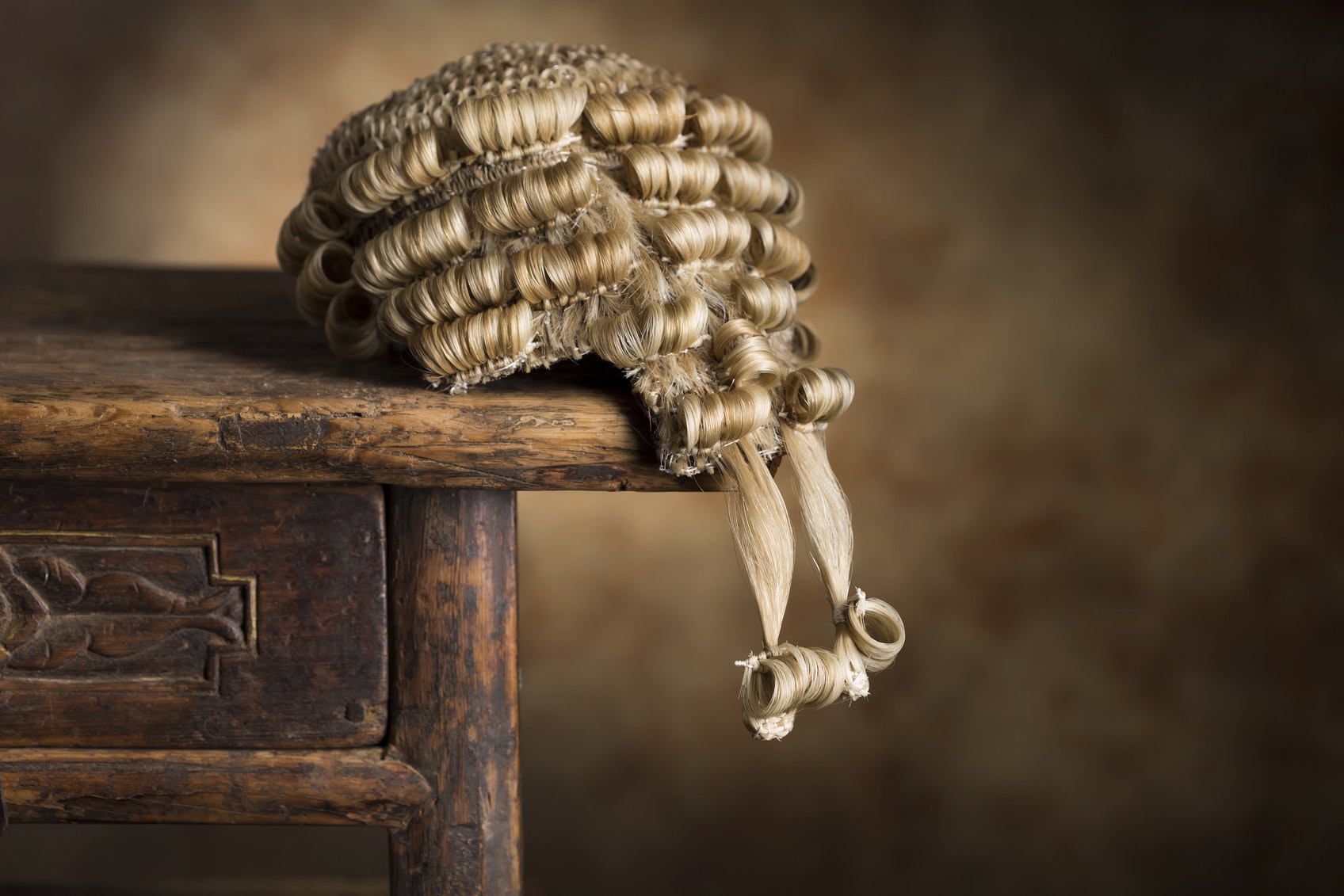 Just before our European Public Procurement conference tomorrow, we asked Marc Steiner, one of our speakers to discuss his position as a judge and current issues in public procurement…

Is it an issue to call a judge a regulator?

Yes, it is, because normally there are regulators like a competition authority taking decisions which are subject to judicial review. The decisions of the General Court in Luxemburg (or in my case of the Swiss Federal Administrative Court) concerning economic administrative law matters like competition or public procurement have regulatory effects, but this doesn’t make a judge a regulator; it’s a different role. But since we have a Swiss Financial Market Supervisory Authority (FINMA) and the Competition Commission but no regulator dealing with public procurement, legal review can de facto partly be seen as a substitute of a regulator.

What does a normal day look like in your work as a judge?

Our second division deals with financial market topics, competition law, public procurement and intellectual property, especially trade mark cases. We have different pools of judges to deal with these matters and one of my special tasks is to coordinate the efforts within the public procurement pool.

So when I’m arriving in the morning it’s not rare that I have to deal with newly arrived cases, making suggestions to the President of our Division as to whether the case should be attributed automatically by our computer or not, and giving hints if there is something special about the first steps to take (for instance on interim measures).

Compared to my former task as a president of a district court (civil and criminal law) there is much more in writing and, consequently, there are considerably less court hearings. Public procurement cases ask for early involvement on all levels because granting access to file and interim measures draw all your attention to the case.

When you were a young lawyer public procurement was a rare topic in Switzerland. What drew you to this career choice?

Yes indeed, public procurement was considered to be very exotic at that time. This changed with the accession to the WTO and the membership to the WTO Government Procurement Agreement. The GPA provides for domestic remedies, which were mostly unknown before 1996 in Switzerland. So, as a young law clerk at an administrative court on a cantonal level I got the chance to discover this area together with the judge I worked for at that time. In July 1997 I drafted my first public procurement decision, having known little about it previously. In my view, it's an educated guess that the Government Procurement Agreement will gain importance from a UK perspective during the coming years.

Yes! Looking for inspiration was the only way to do it, because back home we had almost no decisions on that topic, whereas public procurement was (and still is) from a EU perspective an established integrated part of internal market logics. After a traineeship at the Court of Justice of the European Communities (today: Union) I was interested in what they had done on public procurement. The President of our Chamber advised me, however, to follow the argument suggested by the CJEU, but not to quote the relevant jurisprudence, because this was - according to him - inopportune for a Swiss court at that time.

Nevertheless, why has EU public procurement law become one of your favourite topics?

In 2011 Heide Rühle, a Member of the European Parliament for the Greens, looked for a lawyer supporting at least up to a point her (at that time rather revolutionary) views on sustainable public procurement, which are thanks to the directive 2014/24/EU meanwhile mainstream.

German lawyers fiercely opposed sustainability aspects as “vergabefremd” (unrelated to public procurement), which gave me - as a German-speaking lawyer open to sustainability concerns - a surprisingly good market position. Therefore, I was called to act as an expert for a public hearing of the Internal Market Committee of the European Parliament on the modernisation of public procurement, which was an early step towards the current directives.

You seem to be particularly interested in Green Public Procurement. How does it come into play and what does it mean?

Green Public Procurement (GPP) – as defined by Peter Kunzlik – is the practice whereby public bodies, when purchasing works, supplies and/or services, use their purchasing discretion to advance environmental goals. Back in the nineties, public procurement regulation was considered to be a mere market access tool used to foster an internal market or trade liberalisation.

This has since changed. Advancing environmental goals was, in the nineties, unwanted “government by procurement” and is now, according to the newly implemented EU directives, a welcome “strategic use of public procurement”.

It comprises even the possibility to internalise external environmental cost when calculating the life-cycle cost of a product. Fortunately, the Court of Justice of the European Union took spectacular decisions in favour of Green Public Procurement. Without the case law, the EU directives would never be what they are.

And how did you get involved in this?

As a young lawyer, I was part of the (junior) staff of the Federal Department of Finance, where the public procurement statutory law is drafted. My boss had the interesting idea to have several meetings with officials from agencies with expectations towards public procurement, amongst others a very dedicated lady from the Federal Office for the Environment. She wanted to change public procurement practice but was at that time not (yet) fond of legal thinking and methods. My boss offered - or rather leant me - to this lady on an informal basis to aid her in drafting an initial paper on the strengths and weaknesses of the current regime on public procurement from an environmental perspective. Later came an official expertise for the government on Green Public Procurement (2006). That’s how it started. Lately, I had the opportunity to speak at the WTO Government Procurement Agreement Symposium in Geneva (September 2015; see more about this in my latest publication on Green Public Procurement).

Could you tell us a little about the topics you’ll be covering at our 2016 EU Public Procurement conference tomorrow?

The WTO Government Procurement Agreement gives signatory states and procuring entities a free choice between awarding contracts based on the lowest price only and asking for the best price-quality-ratio. I will try to show that the new EU public procurement directives are a clear choice for the better price-quality-ratio. The European Parliament wanted - when adopting the directives - “to end to tyranny of the lowest price” (Marc Tarabella, MEP).

I hope to have a discussion with the participants on if -  and how - this new vision was implemented in the different legal systems. But let’s face it: it’s not only about changing the law, what needs to change is the procurement culture of procuring entities. Hopefully, we can additionally discuss whether the new public procurement regulation will in a long-term perspective influence not only legal, but also economic thinking. 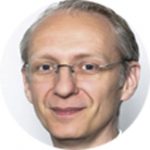 Marc Steiner holds a Master of Law from the University of Basel and is admitted to the bar. He has delivered an expertise on Green Public Procurement in Switzerland (2006) and issued a working paper on how to integrate social aspects in public procurement processes (2009, 3rd version 2015).

Marc Steiner has been appointed as a judge to the Swiss Federal Administrative Court in 2007 (2nd Division, primarily in charge of economic matters including public procurement and competition). His comparative approach has been stimulated especially during two internships at the ECJ (1996 and 2008). He is one of four co-authors of the standard reference work on the practice of public procurement in Switzerland ("Praxis des öffentlichen Beschaf-fungsrechts", 3rd edition 2013).

Furthermore, Marc Steiner was invited to act as an expert during the public hearing of the Internal Market and Consumer Protection Committee of the European Parliament on "Modernisation of Public Procurement" (May 2011). He also contributed to the revised UNEP-Guidelines on the Implementation of Sustainable Public Procurement (2012). Marc Steiner is a member of the Advisory Board of Transparency International (Swiss Chapter) focusing on integrity in the government procurement process and at the same time a member of the Scientific Advisory Board of swisscleantech, the Swiss association for stakeholders in the green economy, dealing with sustainable (public) procurement issues.