A Look Inside Google's Design Process 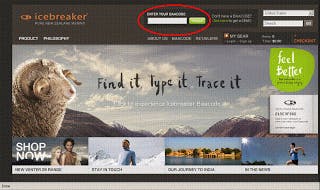 Helen Walters wrote a great article in BusinessWeek earlier this week that took a closer look at Google's design process with Sundar Pichai, the company's VP of Product Management.

A problem that has plagued organizations in the past is the disconnect between various departments. In the past, engineers would dictate what should be done according to only what was technically possible. These ideas were handed over to designers who had to make some sense of all the mess. This resulted in poor products and annoyed personnel.

Google stands out from the rest because their engineers are part of design and all of its functionalities. Pichai mentions:

'Design is integral to everything we do. We don't say 'here's a feature, here's a spec, now go and build it.' We design it, we build a prototype and we make it real' Every pixel in Chrome represents countless discussions and people agonizing over the right decision.'

Even though their web browser Google Chrome is not yet perfected, engineers are working alongside with designers to tackle complaints and suggestions. Has your organization integrated design and functionality into one cohesive process?