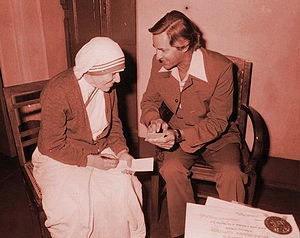 Exclusive First Read Every week through October 2013, we will
post a short excerpt from our Summer Innovation Book Club Pick: Killing Ideas -
You can kill an idea, you can't kill an opportunity By NewEdge CEO, Dr. Pam
Henderson

In piecing together Opportunities, we will often see something that hits us as ripe for opportunity. These are the exciting nuggets that inspire us to search farther for gold. They grab our attention and start our imagination running.


Such big a-has are our Opportunity Starters. Perhaps a seed trend'something little that may be set to grow.


Maybe it's a white space we found when stretching a dimension or perhaps it is an insight from an unusual user. How about a new technology or business model that could be imported to create new value? These are all exciting and suggest opportunity that may be emerging.


One hundred years after heart surgery's beginning, only 10% of the people in the world can afford it. So what can one doctor do about such a massive challenge?


Dr. Devi Shetty was the top heart surgeon in India in the 1990s. He was in the middle of surgery one day when he was asked to make a house call. After declining, he was persuaded that this house call could change his life. It did. The visit was to Mother Theresa.


Her life inspired him to create a hospital to deliver care to those with need, not those who could afford to pay. Fifteen years later he now runs the world's largest cardiac hospital, located in Bangalore. They charge, on average, less than $2,000 per open heart surgery, a third of the price elsewhere in India and virtually nothing compared with $20,000 to $100,000 in the US.


In addition, he has grown the operation to over 35 acres of facilities for trauma and cancer care as well as hospitals in 14 other cities in India. Their telemedicine practice extends to 100 facilities in India and 50 more in Africa. With deployment of more than 5,000 dialysis machines, they now will be the largest kidney care provider in the country.


They have even created an insurance program in partnership with the government.


The result is that they are more profitable than the average hospital in the US, even after they give away 60 procedures a week. - Killing Ideas, Ch 5, Big Starters