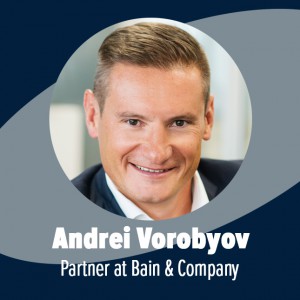 Private Equity (PE) is enjoying an historic five-year record performance stretch. Bain & Company’s Andrei Vorobyov outlines the drivers of such PE performance, as well as some issues the industry faces, and how PE funds are reacting – both globally and in Africa.

What is the state of the global private equity industry?

The last five years saw more capital invested, more capital distributed back to limited partners (LPs), and more capital raised than any other period in the history of the industry. That said, PE firms are working overtime to keep the momentum going. Heavy competition is driving deal multiples to historic highs, and growing concerns about an eventual economic downturn are impacting decision making.

2018 was a great year for exits, actually the third best year ever for PE globally.

Five years of record-level fundraising left the industry flush with capital to spend as dry powder hit a record high of $2 trillion by the end of 2018. This buildup of excess capital is putting pressure on PE firms to find deals. At the same time, prices have never been higher with average purchase price multiples remaining at all-time highs of 10.5x and 10.7x in the US and Europe respectively.

Despite these challenges, the industry delivered another strong year with $2.5T in disclosed Global buyout deal value in 2014-2018; continuing the steady upward trajectory since the global financial crisis and demonstrating strong resilience and overall strength.

2018 was a great year for exits, actually the third best year ever for PE globally. Despite a record PE five-year historical performance, there are some concerns. Returns, while still strong relative to other asset classes, have slowly been declining historically. Persistent high prices, volatile capital markets, US–China trade uncertainty, Brexit concerns and, of course, the ever-present threat of recession have injected a sense of uncertainty. The pace of technological disruption is also increasing in almost every industry.

Putting capital to work, however, increasingly means getting comfortable with a certain level of discomfort when investing. Investors are paying prices they swore they would never pay, underwriting new and different kinds of risks, and looking to capture value that may prove elusive post-close. The best-positioned firms are adjusting their approach in several ways to put capital to work.

How are PE firms responding to some of the challenges facing the industry?

Fund managers continue to face the same challenge as in the last few years: how to put record amounts of raised capital to work productively amid heavy competition for assets and high purchase price multiples.

Top performers in the industry are responding to this in a number of ways:

How does Africa compare vs. global trends?

Africa private equity remains a tale of two sides. The macro environment remains mixed. While most economies are growing, the political and regulatory environments remain uncertain and commodity prices continue to be volatile.

Further, there are relatively few large, PE-ready businesses, increasing competition (among PE and from corporates), and increasing multiples (5.8x in 2013 to 7.2x in 2017) make doing large deals more difficult.

Africa PE returns are higher than public markets, but are also generally more volatile versus other emerging markets. We’ve also seen some large funds continue to pull back from Africa, and the collapse of others.

We have seen modular investments for more ‘hands-on’ value creation and investments in multi-country platforms that are able to better withstand economic shocks and attract higher value at exit.

In many respects, the Africa PE ecosystem is evolving alongside global trends e.g. we are seeing ‘buy-and-build’ industry plays becoming more attractive, a push towards longer term funds, and an increased appetite for deal-by-deal investing.

We all know that the African continent has a number of structural challenges that continue to present challenges to economic development e.g. poor healthcare and education coverage, especially in rural areas, and low access to financial services, lack of retail infrastructure, etc.

What we have seen is that the answer to these well-known issues is innovation and we are seeing significant innovation/disruption on the digital front across of these areas.

For example, battling poor (and expensive) bank branch infrastructure, fintechs are developing ways to reach consumers via mobile (even feature phones) to provide mobile-based lending. Or examples of distance learning or remote primary health diagnostics. Or predictive maintenance for O&G or manufacturing companies. All these examples help overcome Africa’s infrastructure challenge and private equity is already playing a significant role in these opportunities – but it can definitely do more.

Under the spotlight:  Andrei Vorobyov

Andrei Vorobyov is a partner at Bain & Company. He is an expert in the firm's Private Equity and Mergers & Acquisitions practices. Andrei joined Bain in Chicago in 2003, he has also worked in the firm's Brussels, Johannesburg and Nordic offices. Andrei led more than 50+ commercial due diligences and worked with multiple PE portfolio companies across more than 10 African markets, mostly in industrial goods and services, consumer products and financial services. He has helped several African PE funds develop / enhance their fund strategies.