Agriculture is the elephant in the room for African private equity 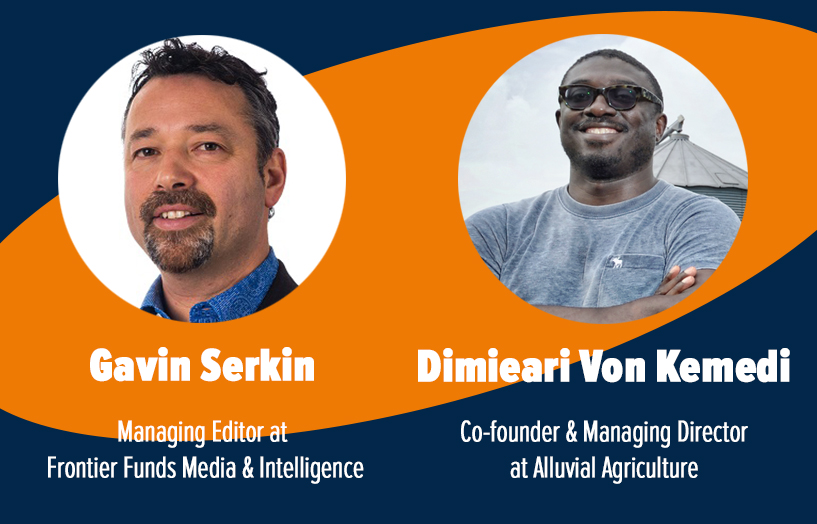 Africa has more than six million square kilometres of uncultivated farmable land, and yet there is devastating poverty and hunger, food prices are at historic highs, and hundreds of billions of scarce dollars are spent each year on food imports.

Along with dollars being drained, the continent’s future is afflicted by a brain drain as talented and energetic young people flee their struggling rural communities for Europe in search of opportunities, security and a better life. As a result, the next wave of poverty and insecurity is already under incubation. And it may be more devastating than the current wave. This struggle is becoming even more difficult as governments direct more resources and attention to fighting insecurity ranging from street crime to insurgencies and terrorism.

“Investment is the engine”

Many agricultural revolutions have been declared over the past decades to increase farming productivity, but they have not resulted in the wholesale transformation of the sector that is urgently needed. The inherent weakness lies in the absence of any significant private sector-led reward system to drive these revolutions with the required strength, boldness and commitment.

If money is the wheel on which the modern economy runs, investment is the engine. This is why the health, innovation and versatility of the banking sector can be a key measure of the strength and potential of an economy.

Yet, nowhere are banks more neglectful of their duties than in African agriculture. Less than 3 percent of total bank lending in Africa goes to agriculture, even though farmers account for 70 percent of all employment and nearly 40 percent of the gross domestic product, according to the African Development Bank and the International Center for Tropical Agriculture.

Banks are missing out on the most glaring economic gap of our time. The scale of the problem and the gap to bridge is large, but so is the opportunity. Private investors should step in where banks are failing.

Of course, investment is already happening, particularly in the agritech space. Through vendor credit financing, machinery manufacturers and distributors are finding innovative ways of assisting buyers, while processors and input providers are funding farmers. But much more needs to be done to properly resource Africa’s farming communities.

The challenges for investors

For any private equity investment to be successful, projects must be scalable – and this is where Africa’s patchwork of mostly smallholder farmers becomes challenging. In the recent past there have been concerted efforts to attract foreign investors into primary production through the allocation of thousands of hectares of land but success stories are few. Many large commercial farms are struggling to fully cover the vast tracts of land handed over to them. Unlike the massive scale farming that makes agriculture investible across Latin America and large swathes of Asia, the African continent cannot rely on mass-scale commercial agriculture to lift fortunes.

Nor can we significantly improve the situation through incremental progress. Due to Africa’s high population growth rates and the unbearable state of emergency from poverty, action must be bold, energetic, swift and fundamentally transformative.

Organising and enabling smallholders to increase areas under cultivation as well as yield and profitability is not easy. It requires a lot of hard work and presence. As in every successful industry, agriculture needs to build clusters of trust networks among its various actors – food producers, seed and fertiliser providers, machine manufacturers, processors and consumer groups.

So, what would the solution be?

The most promising solution lies in farming cooperatives. Collectives of smallholder farmers can scale their supply to a food processor that acts as an off-taker in tandem with sales and distribution companies. The processor’s commitment to purchase is enough to switch on credit mechanisms to pay equipment manufacturers. Through better understanding of the full agriculture and food manufacturing process, we can build ecosystems whereby farmers are collectively guarantying one another’s work as project managers and system integrators.

The entire structure can be underpinned by a series of technology-based enablers that manage and track climate risks, logistics, farm management, IOU’s, price movements and other key indicators to maximise efficiency and minimise risk.

Finance is an essential cog in the wheel of agricultural enterprise that for now appears stuck. Investors, when they put their minds to it, can produce and implement better strategies than governments and NGOs. Africa-focused investment firms must develop expertise in primary production to help build projects they understand.

The first company to develop a scalable strategy of their own – with well-organised and managed smallholder support business models, the right technology and appropriate infrastructure – will gain an insurmountable advantage over their peers because of the sheer scale of the opportunity.

The results will be astonishing – and both financially and morally satisfying beyond compare.

Dimieari Von Kemedi has served as a senior expert with the United Nations Development Program, UN Panel of Experts on Liberia, Statoil and the Haas School of Business at the University of California, Berkeley. He is the co-founder of Alluvial Agriculture, a diversified agriculture and commodities business based in Niger Delta.

Gavin Serkin founded Frontier Funds Media & Intelligence to help increase understanding of the opportunities and challenges in developing countries. A multi-award winning editor and former head of Emerging Markets at Bloomberg, Serkin’s book, Frontier, was acclaimed as a “must read” by the Financial Times.